The arsenic contamination threat in Kolkata has changed alarmingly since 2009, said a study published in the Environmental Monitoring and Assessment journal on September. 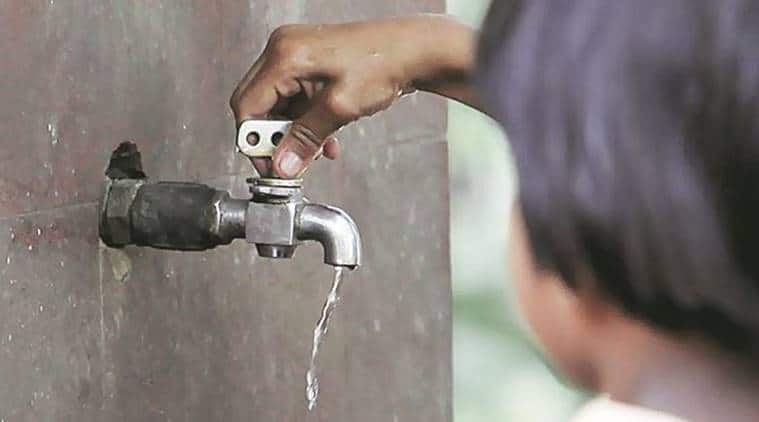 According to the study, central-south and east Kolkata have traditionally had arsenic contamination in water.

AMONG THE 144 wards under Kolkata Municipal Corporation (KMC), 100 have significantly higher arsenic contamination in water than the limits deemed safe by the World Health Organisation (WHO).

The arsenic contamination threat in Kolkata has changed alarmingly since 2009, said a study published in the Environmental Monitoring and Assessment journal on September.

The study — conducted by Arindam Malakar, Samirul Islam, Mohammed Ashif Ali and Sugata Ray of Kolkata’s Indian Association for the Cultivation of Science — has studied water samples collected from hand tubewells (general depth varying between 45 m to 60 m) installed by the KMC in 144 wards.

According to the study, the Centre’s decision to keep the arsenic level in water at 50 µg/L was “rather relaxed”, as the same for WHO is 10 µg/L.

“Hundred wards out of 144 have alarming level of arsenic contamination in their unconfined shallow water table… Of the 100 infected wards, 51 (35.4 per cent) have arsenic level above 50 µg/L, while the level in the rest is between 11 to 50 µg/L… Only 30 per cent of wards (44) across the city have arsenic levels below 10 µg/L…” the report said.

“The most dramatic change was observed in north Kolkata, while the far-north has jumped to the red zone (critical) from the green zone (safe) over a period of seven years,” the study said.

While the study noted that the rapid decline in the quality of water in north Kolkata is “somewhat puzzling”, it pointed out the possibility of rapid urbanisation at Rajarhat being a possible reason.

“There had been quite rapid urbanisation in some parts of this region too, and if one considers the growth of the new township at the northeastern part of the city (Rajarjat-New Town), the observation may not be entirely surprising,” it added.

Moreover, while eastern, central-south and south Kolkata get reasonable rainwater replenishment, central Kolkata has nearly no replenishment other than the groundwater that flows from surrounding areas, explaining the massive decline over the last seven years.

The study concludes that “artificial recharge and rainwater replenishment” have become a necessity to deal with the situation.

“But before that, extending treated water supply service to the whole of Kolkata needs to be taken up urgently” to stop human consumption of contaminated groundwater.

When contacted, researcher Sugata Ray said: “There are lots of problems. When you use water from the ground, it also needs to be replenished. For instance, if rainwater falls on your roof and then flows through a pipe into the drain, it doesn’t get into the ground.

“The more you cover the ground with concrete, the less you replenish the groundwater. You have rainfall, but everything is concretised. So as a result, the groundwater level decreases, and proportionately, contamination increases,” he added.

“So, when you have large parts of the city like Rajarhat and along EM Bypass seeing construction — which requires large amounts of water — a lot of groundwater is replenished,” he added.

“There is a correlation between population density and increase in construction and arsenic in water. The presence of arsenic in Bengal and Bangladesh is a part of the soil’s chemistry. But in this case, you will see that there are no new constructions in Park Street. But in these areas or even north of Kolkata, where old homes are being replaced with new flats, arsenic is increasing because of groundwater depletion,” said Ray.