A man in Malappuram district in Kerala was arrested under sedition charges for a derogatory Facebook comment on Lt Col E K Niranjan, who died in the terror attack at the Pathankot Air Force base, police said.

The post, which was written in Malayalam, can be translated as “One trouble is less now. Now his wife will get a job and money. Common people will get nothing. What a stinking democracy!”

“His Facebook post was seen as promoting enmity among people, insulting a martyr and undermining the Indian democracy. Anwar Sadhik was arrested last night and was charged under Section 124 B,” said Shah Jahan, SI at Chevayur police station where the complaint was registered.

Anwar was reportedly posing as a journalist working for the regional Madhyamam newspaper on Facebook. It was the newspaper that filed the complaint against Anwar as it feared the Facebook remark would tarnish the reputation of the newspaper. Police said the newspaper denied having any such employee. 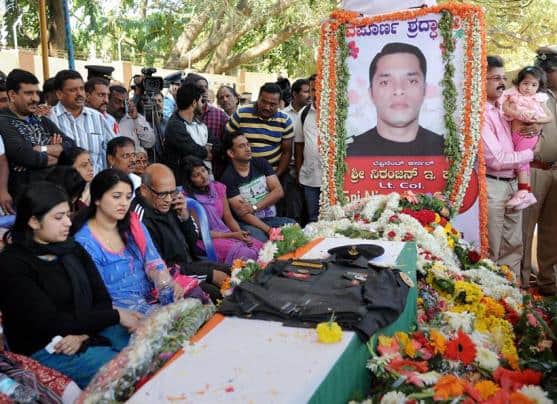 Anwar, 24, is a resident of Kodur in Malappuram district and is employed as a helper in a ration shop. If convicted, Anwar may face a maximum punishment of life imprisonment.

Lt Col Niranjan, who was laid to rest today at his native village of Elambulassery in Palakkad district, died while defusing an explosive from a terrorist’s body in Pathankot. Niranjan is part of the bomb detection squad at NSG and was posted in Delhi. He is survived by his wife Radhika and a two-year-old daughter. Tributes are pouring in for the young NSG martyr across social media platforms.