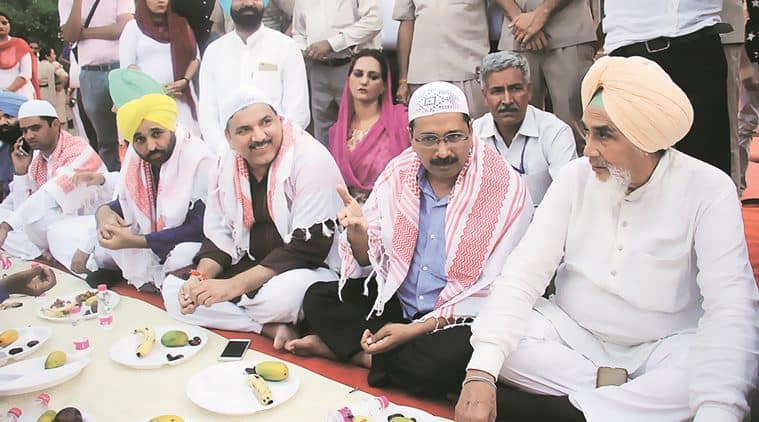 Delhi Chief Minister Arvind Kejriwal on Monday attended an Iftaar party at Malerkotla, which had seen violence after “torn” pages of the holy Quran were found last month.

His visit came two days after his party MLA Naresh Yadav was named in the desecration case.

Addressing the Muslim community, he said, “People who had intended to malign the AAP’s and my image should have adopted other ways.

They could have thrown ink at me or even assaulted me, why was the holy Quran dishonoured?”

“Some anti-national elements are trying to destabilise the country, but I pray to Allah that they never be successful in their nefarious designs,” he said attending a Roza Iftaar gathering at Hina Haweli.

Accompanying him, local Sangrur MP Bhagwant Mann said, “Malerkotla is known for its communal harmony but it is astonishing to see how political rivals did not refrain from compromising the peace of this town.”

“Malerkotla has always stood united and one cheap act cannot destroy the fabric of peace between Hindus, Muslims and Sikhs of this town,” said Mann. 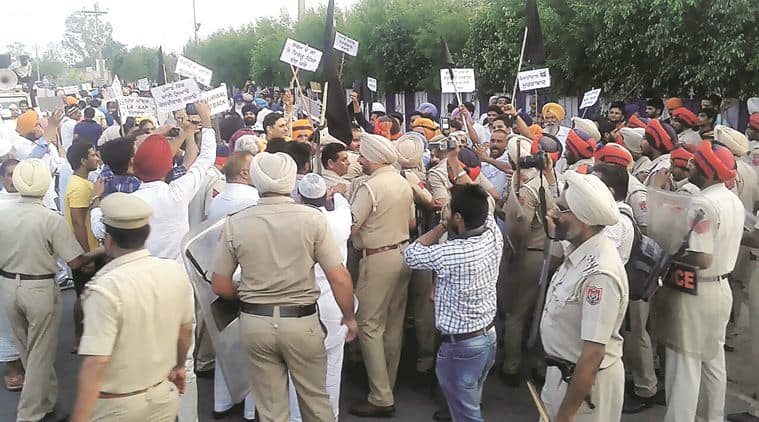 Carrying black flags and Sikhs wearing black ribbons on turbans, they asked Kejriwal to go back and demanded that his entry be banned in Malerkotla. However, police stopped them before they could reach the venue. Several Congress leaders were also detained in a separate protest.