Bhartiya, who claimed to be a “team mate of Anna Hazare from Rajasthan”, told The Indian Express he stood by his declaration through the posters. 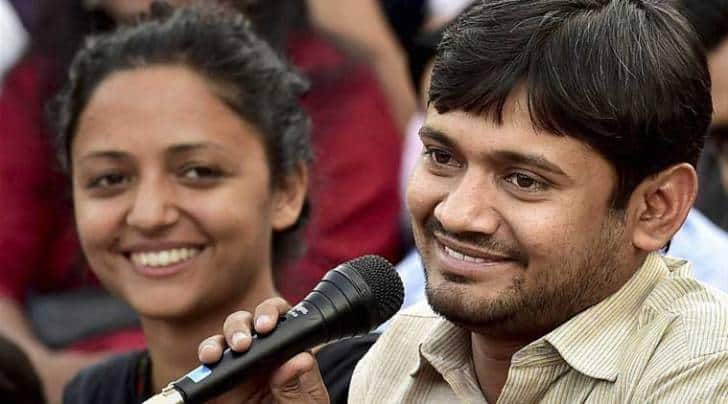 Four days after Delhi Police arrested a man over posters announcing a a reward of Rs 11 lakh for anyone who “shoots” JNU Students’ Union president Kanhaiya Kumar, another poster of a similar nature did the rounds on social media Friday.

This poster, with Hindi text and carrying a passport size photograph of a man named as Balbeer Singh Bhartiya, stated he would shoot Kanhaiya, Umar Khalid and Anirban Bhattacharya because they had “marked the death anniversary of Afzal Guru”. The poster also stated Congress vice president Rahul Gandhi and Arvind Kejriwal, Delhi Chief Minister, were the country’s “biggest anti-nationals”.

Bhartiya, who claimed to be a “team mate of Anna Hazare from Rajasthan”, told The Indian Express he stood by his declaration through the posters.

“I and other activists pasted these posters across the city, including Jantar Mantar and outside JNU campus. I stand by my claims and am ready to face police action,” said Bhartiya.

Police, however, said they had checked and not found any such poster pasted on walls.

“We will definitely take action against the person under relevant action if we find the posters in public,” said a police officer.

Earlier, this week, Delhi Police arrested Adarsh Sharma, who claimed to be president of Purvanchal Sena which announced through posters a bounty of Rs 11 lakh on Kanhaiya’s head. Sharma was held on charges of defacement of public property, public mischief, criminal intimidation and forgery.

During questioning, he claimed he pasted the posters in several areas of Mandir Marg and Parliament Street only to gain ‘media-publicity’, said a source.

Meanwhile, M S Bitta, chairman of All-India Anti-terrorist Front has lodged a complaint with the police demanding action against Kanhaiya, saying that he had insulted the Army and those martyred in Kashmir.