India, Pakistan break the ice off camera in Bangkok

National Security Advisor Ajit Doval and his Pakistani counterpart Nasir Janjua also discussed peace and security and other issues including tranquility along the LoC. 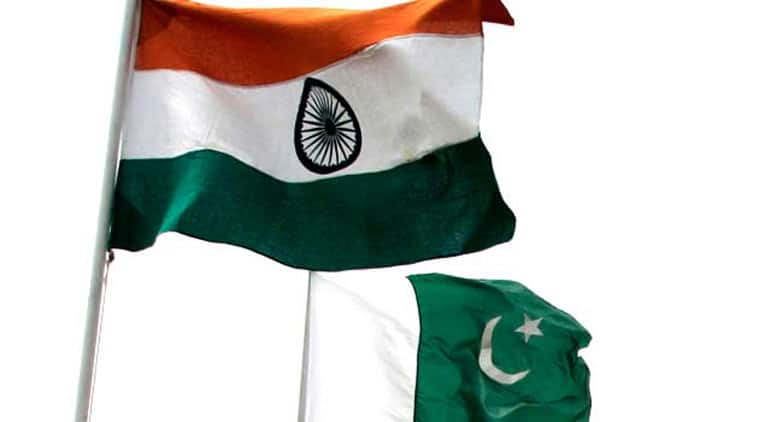 India, Pakistan NSAs agreed to take forward the “constructive” engagement after the meeting in Bangkok.

Breaking the diplomatic deadlock, the national security advisors of India and Pakistan held a meeting away from the public gaze in Bangkok on Sunday, six days after the two prime ministers met in Paris on the sidelines of the climate conference.

The news of Sunday’s meeting was released by Ministry of External Affairs spokesperson Vikas Swarup, who tweeted a photo, at 4.39 pm, of a smiling NSA Ajit Doval shaking hands with his Pakistani counterpart Lt Gen (retd) Naseer Khan Janjua.

Significantly, the crucial sticking point of “Jammu and Kashmir”, which was not part of the last joint statement issued by the two sides at the Russian city of Ufa in July, was discussed by the two NSAs in Bangkok.

The national security advisors were earlier scheduled to meet in New Delhi in August but that was cancelled virtually at the last minute, mainly on the issue of the then Pakistani NSA Sartaj Aziz meeting Hurriyat leaders from Kashmir and the condition that the talks will only be on terrorism.

And here’s the full text of the Joint Press Release issued by the two NSAs pic.twitter.com/Nob1uyg2XI

The latest breakthrough came after Prime Minister Narendra Modi and his Pakistani counterpart Nawaz Sharif met in Paris on the sidelines of the COP-21 summit, where they exchanged ideas on a possible way forward.

“In a brief interaction in Paris, Prime Minister Modi and PM Sharif felt that both countries should talk. The Bangkok meeting followed their decision,” said a top government source.

The source said the meeting also indicated a “softening of attitudes” between the two neighbours. “Khul ke baat hui, aage bhi baat karenge (Both sides opened up, they will be more talks in the future),” said the source.

There will be a further bilateral engagement later this week when Foreign Minister Sushma Swaraj travels to Islamabad for the Heart of Asia conference (on Afghanistan) on December 9, the source said.

“Tomorrow (December 7), there will be an announcement regarding the Foreign Minister’s visit to Pakistan,” said the source.

Highlighting the nuances of the thaw, the source said that both sides will avoid the media while pursuing the engagement to avoid being forced by domestic pressures into a situation of one-upmanship.

Before the Modi-Sharif meeting in Paris, sources said, Doval and Janjua spent weeks exchanging proposals through Pakistan High Commissioner Abdul Basit to break the deadlock leading to the Sunday meeting.

A senior official said that Basit spoke with Doval on multiple occasions from mid-November, sometimes several times in a day, in addition to both meeting at least once. Foreign Secretary S Jaishankar was also involved in talks with Basit, said the official.

Apart from Jammu and Kashmir, Sunday’s meeting covered terrorism and peace along the Line of Control. New Delhi showed flexibility on this “broadening” of the agenda, which was one of the key demands of Pakistan, said sources.

Two officials familiar with the meeting said Doval called on Pakistan to take steps to rein in operations by anti-India organisations like the Lashkar-e-Taiba and Jaish-e-Mohammad, both of which have stepped up operations in Jammu and Kashmir.

“The discussions were substantial. India had questions about how Pakistan will ensure that terrorist groups operating from its soil do not stage strikes, while Pakistan had some ideas on reviving a substantial, results-oriented dialogue on Kashmir. There was no polemic or grandstanding,” said an official.

Both sides agreed to further meetings between the NSAs and foreign secretaries, he added.

Sources said Bangkok was chosen as the venue to avoid even a “shadow” of a possible meeting between the Pakistan NSA with Hurriyat leaders from Kashmir. The BJP-led NDA government had made any such meeting before official talks an important and new red line, which led to the cancellation of foreign secretary-level talks in August 2014 and the NSA talks a year later.

Apart from the NSAs, the Bangkok meeting was attended by Jaishankar, the PM’s special envoy on counter-terrorism Asif Ibrahim, joint Secretary (PMO) Vinay Kwatra and Jawed Ashraf, who was a joint secretary in the PMO till some time ago. Pakistan Foreign Secretary Aizaz Ahsan Chaudhary was present.

Officials said the choice of Bangkok was also driven by the fact that Jaishankar was in Tokyo to prepare for Japanese Prime Minister Shinzo Abe’s visit to India.

Interestingly, Foreign Minister Swaraj had previously ruled out the possibility of talks in a third country and told reporters on August 22 that any such dialogue would “take place either in New Delhi or Islamabad”.

After the meeting on Sunday, a carefully drafted press release said, “Discussions covered peace and security, terrorism, Jammu and Kashmir, and other issues, including tranquility along the LoC.”

Interestingly, the release, issued from Bangkok, also referred to “meetings” between the two prime ministers in Paris.

“Pursuant to the meetings of the Prime Ministers of India and Pakistan in Paris, the National Security Advisors, accompanied by the Foreign Secretaries, met in Bangkok today. Discussions were held in a candid, cordial and constructive atmosphere,” the release said.

“They were guided by the vision of the two leaders for a peaceful, stable and prosperous South Asia… It was agreed to carry forward the constructive engagement,” it said.

Sources said extraordinary measures were taken to avoid early disclosure of this meeting, with staff at the Ministry of External Affairs being told only that the Foreign Secretary was travelling to Japan. For his part, sources said, Doval consulted key figures in the intelligence community over the last fortnight on Pakistan but gave no indication that a resumption of dialogue was imminent.

Sunday’s meeting may also open the way for Modi to travel to Pakistan for a forthcoming SAARC summit, a visit that many fear will be called off.

The Bangkok meeting is the first where India has held formal bilateral negotiations with Pakistan on Jammu and Kashmir in a third country, although chiefs of the Research and Analysis Wing and Inter-Services Intelligence Agency, as well as back-channel negotiators, have met abroad on several occasions.

Tolerance must…no need to fear as long as judiciary is there: new CJI 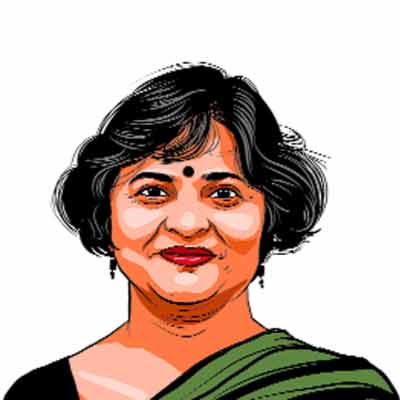