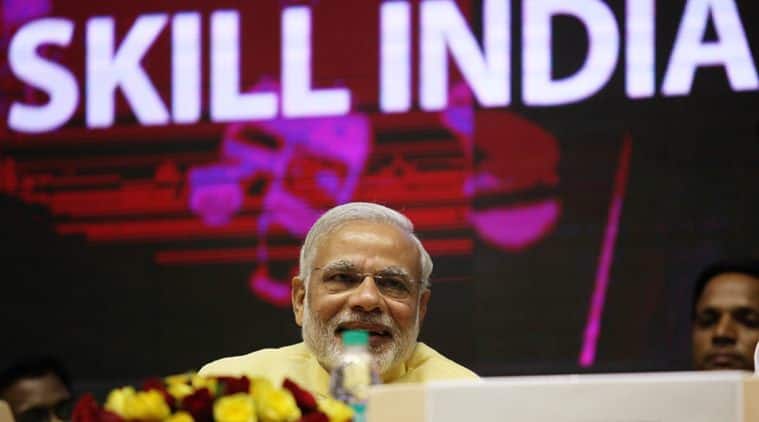 In a major push for Prime Minister Narendra Modi’s ‘Skill India’ mission, skill development experts from across India and Europe have joined hands to find ways in which Europe can contribute in providing skill training to Indian youth entering the job market every year.

Keen about the opportunities that India presents, these major skill development institutions and training companies discussed potential areas of collaboration and challenges facing them at the two-day India International Skill Development Summit and Exhibition which kicked off in the national capital on Monday.

Count Christopher de Breza, Chairman of Europe India Foundation for Excellence (EIFE), said that some key sectors have been identified for collaboration combining both very basic and very advanced industries and sectors of economy, all of which are focus areas of India.

“In all of these sectors, we have identified the partners in the European Union who can contribute to the entire value chain and we have brought them to New Delhi, face to face with their Indian counterparts who are looking for help in exactly these areas,” de Breza said.

He added that the intention of the summit is to build a platform where various stakeholders in the world of skill development from the European Union and India can come together to identify potential areas of collaboration and then immediately get to working together.

“Community college model of the US is something UP government had been trying to bring here as it paves the path for youth to acquire technical skills to climb hierarchical and social ladder,” he said.

Odisha Law and Panchayati Raj Minister Arun Kumar Sahoo focused on the need of skill development in rural areas. “We need to create skills which can be used by people in their villages so they don’t need to run to the cities,” he said.

European countries including France and Germany which have over 80 per cent skilled workforce also participated in the event.

“India and Germany are deepening their collaboration in the area of skill development. German technical assistance will be used to encourage industry-institute partnerships between Indian and German organisations,” said Wolfgang Hildebrand-Peters, Head Trainer of Germany’s GSI-SLV, one of the leading welding specialists in the world.

Chetan Rajdev from Germany’s Rexforth Bosch Group called for partnership between Indian industry and Indian Universities to bridge the gap between the two.

Organised in collaboration with the National Skill Development Corporation (NSDC), the summit is a brainchild of the EIFE, a Belgium-based foundation which has adopted Skill India as its own mission.

NSDC CEO Manish Kumar said that a big problem to bring in investments in skill sector is that one doesn’t see the return very visibly as one may see while constructing a road.