Flipkart co-founders, Sachin Bansal and Binny Bansal, were the only Indians in Hurun's Forty and Under Self-Made Billionaires list for 2016. 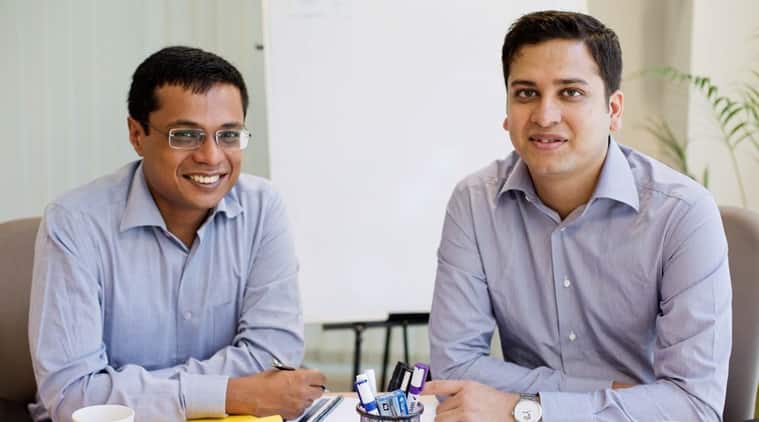 India retained third spot in the latest global rich list announced by Hurun Global as the number of billionaires living in the country rose to 111, up by 14 from last year.

Flipkart co-founders, Sachin Bansal and Binny Bansal, were the only Indians in Hurun’s Forty and Under Self-Made Billionaires list for 2016.

The Bansals were valued by Hurun at $1.4 billion each and ranked at 13 and 14 in the list dominated by billionaires from the silicon valley.

The Forty and Under Self-Made Billionaires list list is dominated by 5 Facebook shareholders, led by Mark Zuckerberg together with Dustin Moskovitz, Jan Koum (originally of WhatsApp, which was bought by Facebook), Singapore-based Eduardo Saverin and Sean Parker.

Hurun added 39 billionaires to the list, which is made up of 34 men, 2 women and 3 couples, from 7 countries.

By country, the USA and China are the dominant countries with 17 and 13 billionaires, followed by Japan, India and Australia. The Bay Area dominates with 13, but when broken down by city, it is San Francisco with 8, followed by Beijing and Shanghai with 6 and 4.

By industry. Tech was the overwhelming favourite source of wealth for 28 of the 39. Others included Investments with 4 and Manufacturing with 2.

5 of the 17 living in the USA were born outside of the USA. Jan Koum was born in Ukraine, Eduardo Saverin in Brazil, Garret Camp in Canada and brothers John and Patrick Collison in Ireland.

Rupert Hoogewerf, Chairman and Chief Researcher of Hurun Report, said, “If they can make this much before they are even forty, the mind boggles to think what they could do in their lifetime. Remember Bill Gates made his first billion by the age of 31, and has since gone on to create US$100bn in the next thirty years, 20% of which he has donated.”

The Top 10 are all from US-based companies, led by Facebook, WhatsApp, Uber, AirBnb and Theranos. Elizabeth Holmes of blood-testing Theranos is the only women in the Top 10.

Fastest to a Billion

The Hurun Forty and Under Billionaires 2016 took 8 years on average to make their first billion, much faster than the 25 years for the billionaires from the Hurun Global Rich List.

The fastest Under Forty on the planet to make billionaire status took only three years from the year of start-up: Snapchat co-founders Evan Spiegel and Bobby Murphy, and Cheng Wei of China taxi-hailing App Didi.