Police have found nothing to indicate Ranjan, 46, had any personal enmity. But, sources said, his “extensive coverage of any news relating to Mohammed Shahabuddin” is being looked into. 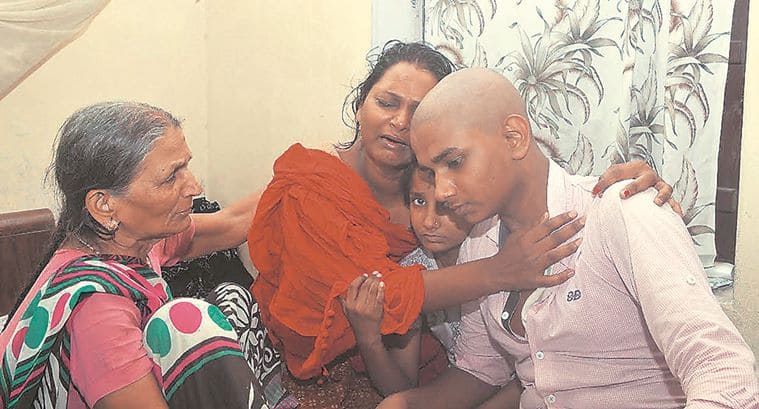 Initial investigations into the murder of Hindustan daily’s Siwan bureau chief Rajdev Ranjan indicate the possible involvement of jailed RJD leader Mohammed Shahabuddin, police said on Saturday. Two people who police said worked for the former Siwan MP have been detained, though Shahabuddin has not been named in the FIR.

Police have found nothing to indicate Ranjan, 46, had any personal enmity. But, sources said, his “extensive coverage of any news relating to Mohammed Shahabuddin” is being looked into.

The senior journalist had been working for Hindustan for the last 22 years. Recently, a photograph that Ranjan had received from Siwan jail of Bihar Social Welfare Minister Abdul Ghafur meeting Shahabuddin had gone viral.

Sah said up to seven people may have been involved in Friday evening’s killing. “At least two people on a motorcycle were waiting for Rajdev near Phal Mandi. It was a planned murder in which killers shot five bullets from point blank to ensure Rajdev did not survive.”

Asked if Shahabuddin could be involved, the SP said, “Our investigation is going in that direction. We have detained two people, including one Upendra Singh, who used to work for Shahabuddin. Singh was named in last year’s killing of Srikant Bharati, the press advisor of BJP Siwan MP Om Prakash.”

Police believe a trap may have been laid for Ranjan, and are investigating the calls made on his phone. Ranjan had left office for Phal Mandi soon after receiving a call.

Local journalists recalled that in his 22-year career, Ranjan had covered all the important incidents of Siwan. “He remembered almost every landmark date in Siwan’s crime history. He often didn’t take a byline, but whenever he would return with any big story, it was on Shahabuddin and his men,” said a senior journalist.

In 2005, Ranjan had been attacked outside his Siwan office but not filed any FIR.

The senior journalist recalled that the murder of Indramani Singh of Lokshakti in 1994 was the first time a journalist was attacked in Siwan. A few years later, then Siwan Hindustan bureau chief Ravindra Prasad Verma was also shot at but survived.

In the past four months, Ranjan had written about high women turnout during the ongoing panchayat polls and some news features besides reporting on court proceedings in cases involving Shahabuddin.

Hindustan office boy Rakesh Kumar recalled that Ranjan had come to the office around 5.30 pm Friday and left two hours later. He is believed to have left for Phal Mandi after receiving a call.

Kerala polls: Caste and community leaders could hold the key this time