A senior official from the agency confirmed to The Indian Express that one arrest has been made in the case ."It's true that ‘Anand Chauhan was called to Chandigarh for questioning and later arrested," the official said. Tightening its noose around Himachal Pradesh Chief Minister Virbhadra Singh, who faces money laundering charges, the Enforcement Directorate (ED) on Saturday arrested an LIC agent Anand Chauhan who was instrumental in investing Rs 5 crore in LIC polices in the name of CM’s family members including his wife and children.

A senior official from the agency confirmed to The Indian Express that one arrest has been made in the case .”It’s true that ‘Anand Chauhan was called to Chandigarh for questioning and later arrested,” the official said.

The arrest has been made in connection to the case that the ED had registered against the Chief Minister and family members some months back, he said.

When asked if more arrests are expected, the official said, “You never know. It will all depend on investigations. Nothing can be said at this stage.”

Chauhan’s family members confirmed that he was taken to PGI Chandigarh for medical examinations by the ED teams late Friday night from there he was taken to Delhi for investigation purposes.

On Friday, the ED also summoned one Chunni Lal, owner of universal orchards Chunni Lal at Chandigarh for questioning. But it was only Anand Chauhan who has been detained by the agency .

Besides ED, CBI has also registered a case of disproportionate assets (DA) against the Chief Minister last year and also raided his house – Holly Lodge – on September 26. Last month, Singh was also called for questioning at the CBI office .

Charges against Singh relates to his term as union minister of steel in Dr Manmohan Singh government. It was alleged that Singh and his family members had amassed wealth of Rs 6.1 crore from unknown sources of income during 2009-2011.

Wimbledon 2016: Time waits for no man, not even Roger Federer 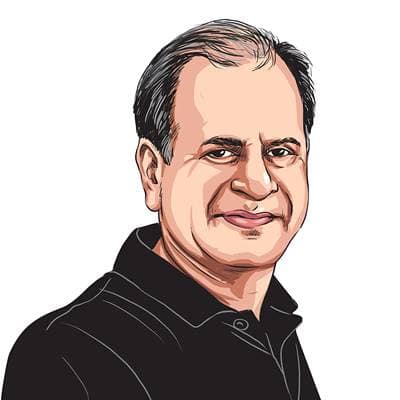