In his address, Nitish said that farmers across country were suffering under the BJP government. 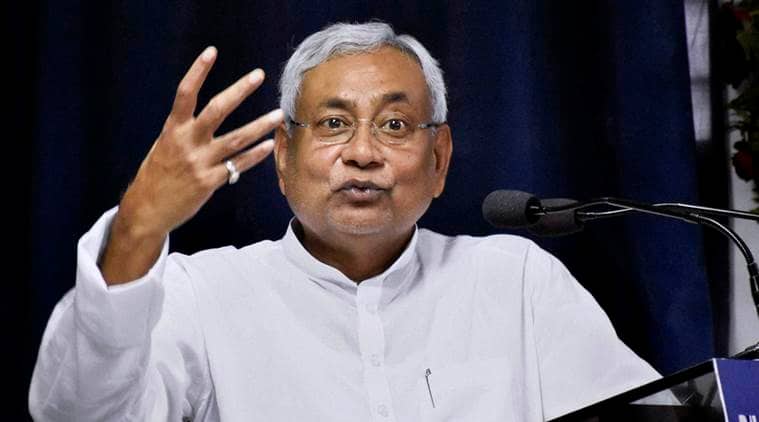 Claiming that people were looking for an alternative to the Congress and the BJP, leaders of the INLD, JD(U) and Samajwadi Party Sunday stressed on the need for political parties to unite in order to form a third front.

The ‘Sadhbhavna Samman Rally’, organised by the INLD in Karnal, was attended by Bihar Chief Minister Nitish Kumar, SP’s Shivpal Singh Yadav and JD(U) MP K C Tyagi among others.

INLD leader Abhay Singh Chautala attacked the Congress and the state’s BJP government over the issue of Jat agitation. “The Congress and BJP together tried to spoil the social ties in the state and hatched a conspiracy in February during the agitation for Jat reservation. From February 19 onwards, not only property worth crores was destroyed, but 31 youths lost their lives.”

Chautala exhorted Nitish Kumar and other leaders to come together to set up a third front.

“People voted for the BJP after being fed up from Congress. They are now even more fed up of the BJP. But there is a problem in front of the people that there is no alternate leadership available to them. Walking on the path and policies shown by Chaudhary Devi Lal, Lohiaji and Chaudhary Charan Singh we should stop these forces. There is a need of people like all of you (Nitish and Shivpal),” said Abhay Chautala.

In his address, Nitish said that farmers across country were suffering under the BJP government. He said that while PM Narendra Modi had during the campaign promised that the Swaminathan report will be implemented and farmers will get better prices for their crop, but this has not been done.

Nitish added, “I will appeal to people of Haryana that communal elements should not be allowed to disturb the atmosphere of peace in the state. During the elections, all of us came here to campaign. But people were hoping for achhe din and did not listen to us.”

Nitish Kumar also asked INLD to start a campaign for prohibition in Haryana.

Samajwadi Party leader Shivpal Singh Yadav said: “During Lok Sabha election, Narendra Modi made several election promises. None of these were fulfilled. In UP, where Samajwadi Party has its government with Akhilesh Yadav as the CM, we have fulfilled our promises.”

While K C Tyagi said that the government at the Centre was working only for big corporates, INLD MP Dushyant Chautala said that the crop insurance scheme by the BJP was just a way to loot people.

Abhay Chautala also read out a message of from party patriarch O P Chautala during the rally. Bihar CM Nitish Kumar and SP President Shivpal Singh Yadav assured the Chautala family of their support at a time when O P Chautala and Ajay Singh Chautala were serving their jail term in the teachers recruitment scam .