The world has moved to the next level of genetic engineering, while India still stifles GM crop research. 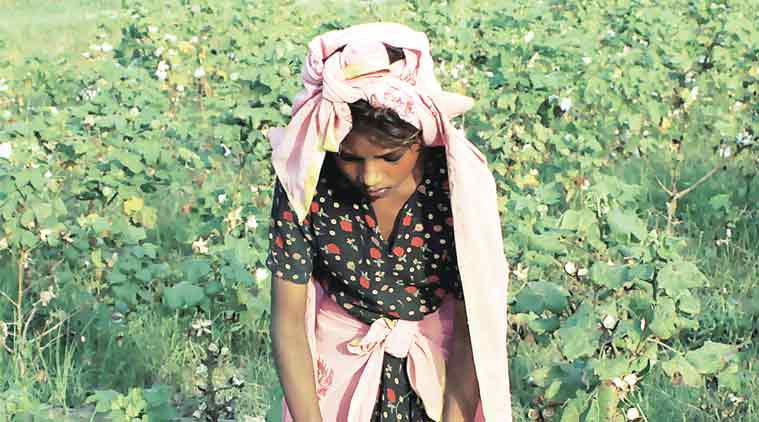 India, continues to blow hot and cold when it comes to accepting GM technology even in agriculture.

India missed the industrial revolution. Centuries later, we are still trying to catch up. Today’s developed nations are beneficiaries of that revolution, which deployed modern science and technology in manufacturing. They thought progressively, while ignoring misconceptions or arguments against new technologies not backed by strong scientific evidence. This approach laid the foundations of their current economic strength.

The danger today is of history repeating itself and India missing the boat again, especially in agriculture. An overwhelming majority of developed — and also developing — nations have embraced technologies like Genetic Modification (GM) in crop breeding. Some have embarked upon exploiting its potential even in living animal species.

India, though, continues to blow hot and cold when it comes to accepting GM technology even in agriculture. This, despite the huge success of its first commercially approved GM trait — Bt cotton, which, within a decade, made the country the world’s largest cotton producer and doubled its share in global production of the fibre to 25 per cent.

Any GM technology-based product has to pass through regulatory approvals, including stringent safety and efficacy tests based on internationally accepted norms, before its commercialisation. Recently, the WH O recommended the use of GM mosquito technology to combat the global outbreak of the life-threatening Zika virus. The UK-based Oxitec, which developed this technology, has partnered with Gangabishan Bhikulal Investment and Trading Ltd (an associate company of Mahyco) to introduce it in India. The technology can, moreover, provide the tools to counter even other vector-borne diseases likes dengue and chikungunya.

Another recent breakthrough based on GM technology relates to addressing lysosomal acid lipase or LAL deficiency, which leads to a build-up of fatty material in the liver, spleen, guts and other important organs. The breakthrough technology has involved developing a genetically engineered chicken that produces a protein substance in its eggs, which functions in place of the missing/inactive LAL enzyme. In 2015, the US Food and Drug Administration approved it as the first treatment for patients with LAL deficiency.

The USDA, likewise in November, approved a fast-growing GM salmon developed by AquaBounty Technologies. This would be the first ever transgenic animal to be allowed to enter the human food chain. The point to be noted in all this is that the world has moved to the next level of genetic engineering, taking the technology beyond GM crops that dominated the first two decades of the biotech revolution.

In India, what we are seeing, by contrast, is a lot of positive pronouncements in support of technology adoption in agriculture. Yet, there is till date no conducive, consistent and encouraging policy environment on the ground that encourages cutting-edge research and innovation in agriculture. The glaring inconsistencies and policy flip-flops on approvals for even field trials of GM crops have made it practically impossible for the agri-biotech industry to take research beyond labs and greenhouse areas to test for safety and efficacy. Government policy, far from supportive, has been held hostage by a few groups with presumably vested interests and most definitely utter disrespect for the huge money and energy spent by both private as well as public institutions in developing GM technology.

The contrast with nations, including those not so developed, is striking. Indonesia has approved GM sugarcane incorporating the drought tolerance trait that enables the crop to grow with less water. Just imagine how much water we can save in India by using this trait in sugarcane or rice cultivation. Similar is the case with other GM traits like salinity tolerance and nitrogen use efficiency (which will reduce urea consumption). Why are these traits not being allowed in India?

As a country, we must decide the crops and the applications where GM technology can bring benefits. It is not a silver bullet, but has to be positioned properly in the interest of our farmers and consumers. What the government is currently doing is quite the opposite — putting further hurdles to increasing research investment through policy moves like the Cotton Seed Price Control order that allows fixing of even royalty/trait fees on GM technologies.

Such decisions have cascading effects on investment sentiment and perceptions regarding “ease of doing business”. Recently, three large companies wound up their GM rice research in India, as they saw no future returns on their investments in an uncertain policy environment. This comes even as the Philippines has, only recently, approved regulatory guidelines for commercialisation of GM crops in a record three months’ time, while our own Biotechnology Regulatory Authority of India bill has been lying in cold storage for the past 12 years.

The lack of an enabling environment for adoption of GM technology is creating a global perception of India being a laggard in agricultural knowhow, which it can ill-afford in the midst of a serious farm crisis. Such a perception has been sharpened at a time when our biggest global competitor and neighbour, China, is moving ahead with GM technology — a fact made most obvious through the acquisition of a global agri-input and technology giant, Syngenta, by one of its state-owned companies.

It is time policymakers take decisions on cutting-edge technological solutions to pressing problems based on science, rather than irrational emotions. They can at least pay heed to over a 100 Nobel laureates who, have released a signed letter vouching for the safety and efficacy of GM technology and its potential benefits to mankind. The ultimate losers of not doing so are ordinary Indian farmers and consumers.