German Bakery blasts: The Bombay High Court on Thursday acquitted Mirza Himayat Baig, the lone accused who was awarded death penalty for "masterminding" the attack that killed 17 persons in Pune in 2010. 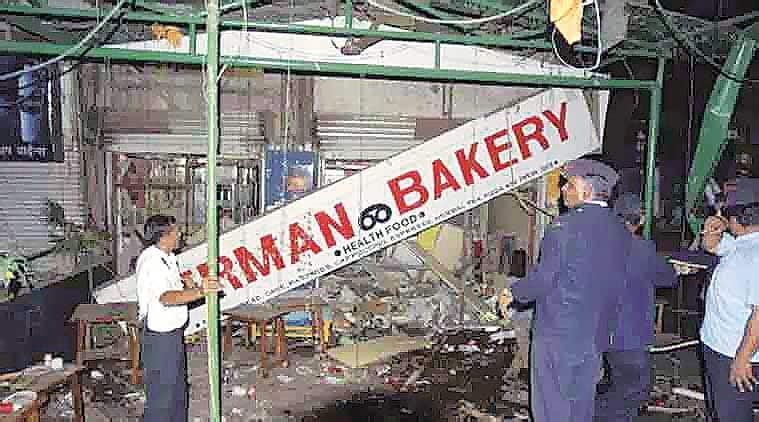 Mirza Himayat Baig, the lone convict in the 2010 German Bakery blast who was handed the death sentence by a Pune court, was acquitted of all terror charges by the Bombay High Court Thursday which, however, found him guilty of the charge of possession of explosives and confirmed life imprisonment on that count.

Seventeen people died and over 50 were injured in the blast. In April 2013, when he was being awarded the death sentence, Baig had wept in court, pleading innocence and saying he was “the 18th victim of the blast”. The Maharashtra ATS had claimed he was the blast “mastermind”.

On Thursday, minutes after he was produced in the High Court, a division bench, comprising Justices N H Patil and S B Shukre, read out its order to Baig: “Aapko phaansi ki sazaa se bari kiya jaata hai (you are being acquitted of the death penalty).”

The charge of IPC section 474 (possession of document, knowing it to be forged and intending to use it as genuine) was also confirmed — the maximum punishment of seven years will run concurrently.

Two key witnesses had moved applications in the matter, saying they were “coerced” into giving statements against Baig during the trial. In addition, AAP leader Ashish Khetan had moved an application, claiming he had carried out a sting operation on these witnesses which revealed they were “coerced” and “tutored” by the Maharashtra ATS to give testimony. One of the key arguments of the defence in the case was that there was no CCTV camera inside the German Bakery.

On October 6, 2015, the High Court was shown CCTV footage that recorded the explosion. The prosecution had then argued on the basis of the footage. It showed 15-20 customers including a middle-aged man wearing a field cap with a rucksack and a black shoulder bag.

He was seen placing an order at the counter and heading to the delivery counter. In the footage, the same man was seen carrying a bag on his shoulder and walking out of the German Bakery — it was recorded by a CCTV camera placed right outside. 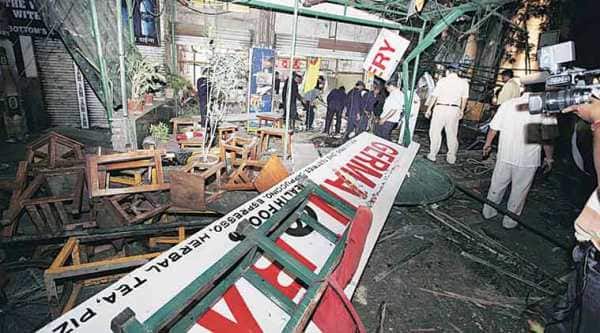 This man, the prosecution claimed, was Yasin Bhatkal, founder of the outlawed Indian Mujahideen. Lawyer Mehmood Pracha, who defended Baig, had denied presence of any CCTV camera inside the German Bakery.

Special Public Prosecutor Raja Thakare had said the two witnesses were working with Baig and were close to him. The prosecution had also claimed recovery of RDX from the blast site, matching with traces found in Baig’s house. The High Court rejected the applications filed by the two witnesses and Khetan. It directed that Baig be shifted to Nagpur Central Jail from Arthur Road Central Jail in Mumbai, where he is currently lodged, in view of a threat perception. This was done on the request of Thakare.

After the verdict, Thakare said he would recommend that the government appeal against the judgment on the ground that if Baig was guilty of possessing explosive substance, how could there not be a link between him and the execution of the blast.

Pracha, on the other hand, said: “This judgment by the Bombay High Court has quashed all terror charges against Baig. Evidences were doctored to implicate an innocent person. I will appeal to the government, media and the police machinery to find the real culprits. Only then, justice to the families of the 17 people who lost their lives will be served. We too will move the Supreme Court to get full acquittal.”
Baig’s brother Tariq said he had always known his brother as a disciplined, dedicated student: “He had an innate zeal to do well in studies, perhaps because we were all illiterate. He also wanted to serve the community at large. He fell victim to a botched-up investigation.”