Dayashankar Singh was arrested in Buxar on July 29 by a joint team of the UP Special Task Force and the Bihar Police. 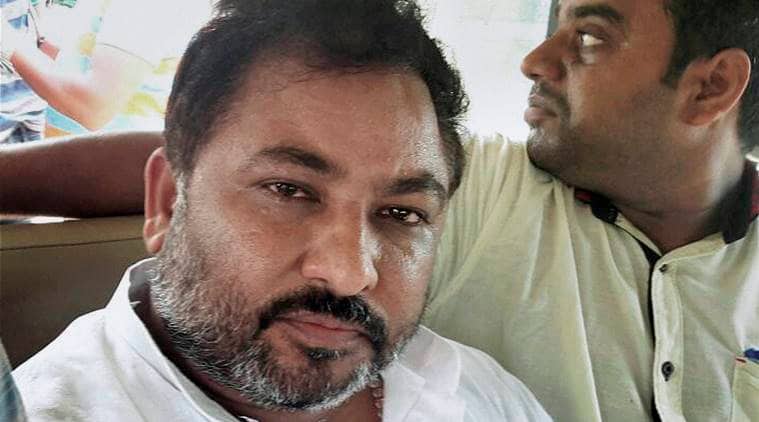 Dayashankar Singh, who was expelled from BJP for comparing BSP chief Mayawati to a prostitute, was granted bail on Sunday. The bail was approved on two bonds of Rs 50,000 each.

Dayashankar Singh was arrested in Buxar on July 29 by a joint team of the UP Special Task Force and the Bihar Police. Later, Singh was produced before the court of Chief Judicial Magistrate in Mau, which sent him to 14-day judicial custody, Circle Officer, Mau City, Pankaj Kumar Singh said.

Police said he was on his way to a relative’s place when he was arrested. In Bihar, Singh had been staying at a relative’s house ever since he returned from Deoghar, Jharkhand, two days ago, police said.

Speaking at a meeting in Mau where he was being felicitated by BJP workers, Singh, while accusing Mayawati of selling party election tickets, questioned her character, saying her behaviour was worse than that of a prostitute and it was the reason why followers of Kanshi Ram were deserting her.

Dayashankar had been booked under IPC sections 504, 509, 153A and the SC/ST (Prevention of Atrocities) Act at Hazratganj police station on July 20 on the basis of a complaint filed by a BSP functionary. The FIR has since been transferred to Mau’s Kotwali police station as Singh had made the remark there.

He had moved the Allahabad High Court seeking that the FIR be quashed. The High Court had heard the petition on Thursday and sought a response from the state government, which had said his custodial interrogation was required. The next date of hearing was fixed for August 8.