This also marks part of the beginning of a new model of rail infrastructure development in India conceived and unfolded during Prabhu’s tenure as the minister. 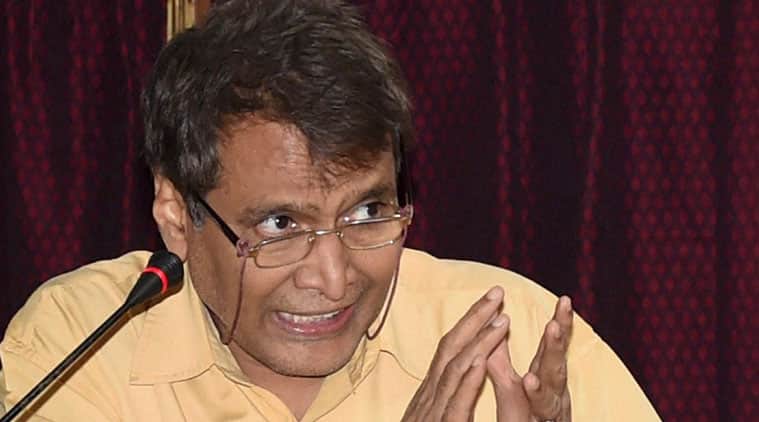 Railways on Tuesday signed a pact with the Chhattisgarh government to form a joint venture company that will take up railway projects which primarily the minerals-rich state feels are important to its needs of connectivity and infrastructure development.

For railway minister Suresh Prabhu, this is the fifth such JV setup with states following similar pacts with Andhra Pradesh and Kerala last month. “While railways has been working to connect every part of the country, people’s expectations much lot more. To meet the demands of the people, all states will have to join hands with railways,” Prabhu said at the function.

This also marks part of the beginning of a new model of rail infrastructure development in India conceived and unfolded during Prabhu’s tenure as the minister.

Signifying the importance, Chief Minister Raman Singh flew in from Raipur to be part of the ceremony at Rail Bhawan.

A huge number of projects have been languishing in the railways’ books for years waiting for funds which never came. Now the idea is to get the states to assess along with railways which ones are more important than the others.

The joint venture companies, wherein railways is a minority shareholder, will do that assessment and then award contracts to get them executed effectively taking the load off Indian Railways. Being corporate entities in charge of executing the bouquet of projects, the companies are also free to raise capital from the market to fund the works.

Typically, barring some exceptions, the projects earmarked for the JVs do not necessarily have financial rates of return huge enough to be very important to Railways scheme of things. But they may be important from the perspective of states, a perspective that might not always be appreciated by railways alone, thanks to the enormous funds crunch.

An important aspect of this arrangement with the states is that the ownership of the land for each project shall vest with the special purpose vehicle to be formed for each project, which is a departure from previous practice. This will give financial leverage to the company to exploit commercial potential of the land. Moreover, Ministry of Railways will sign a concession agreement of 30 years with the project SPV for safe and sound operation, revenue sharing and providing technical and marketing logistics to the SPV.

“About 760 kilometers of additional railway lines have been spread in the Chhattisgarh in a very short span of time which in itself is a record. This new initiative will not only improve transport system of Chhattisgarh but also help us in exploring its full potential in better perspective,” Raman Singh said at the occasion.

Chhattisgarh is an extremely crucial state in the Indian Railway ecosystem for the freight revenue it gets from carrying coal, steel and other bulk goods. This makes its Bilaspur division in the South East Central Railway one of the biggest moneymakers from freight in India.

The JV model, if successful, gives states a valid say in which projects to take up and which ones to keep on hold without adding to the liabilities of Indian Railways.

As many as 17 states have consented for formation of the JVs for development of rail infrastructure. Draft MoUs have been sent to the state governments and discussions are being held with them to clarify various provisions of the MoU. Of them, MoUs have already been signed with Odisha, Maharashtra, Kerala and Andhra Pradesh and now Chhattisgarh. Railways have a large shelf of ongoing New Line, Gauge Conversion and Doubling projects needing about Rs 3.5 lakh crore to complete.

Features of the JVs

The MoU envisages formation of a Joint Venture companies having 51% stakes of the respective State Government and 49% stakes of Ministry of Railways.

The JVs fully owned by the government. The companies will primarily identify projects and possible financing avenues in addition to Centre and the State government. After finances for a project are tied up, project specific SPVs or special purpose vehicles shall be formed.

These SPVs can have other stake holders from Industries, Central PSUs, State PSUs etc. However, the JV companies shall be mandatory stake holders with minimum 26% shares in the SPVs.

At the end of concession period, the railways will have option to take over the assets at a nominal price. This is largely in line with average codal life of the assets as most of the assets will need large scale replacement after 30 years.