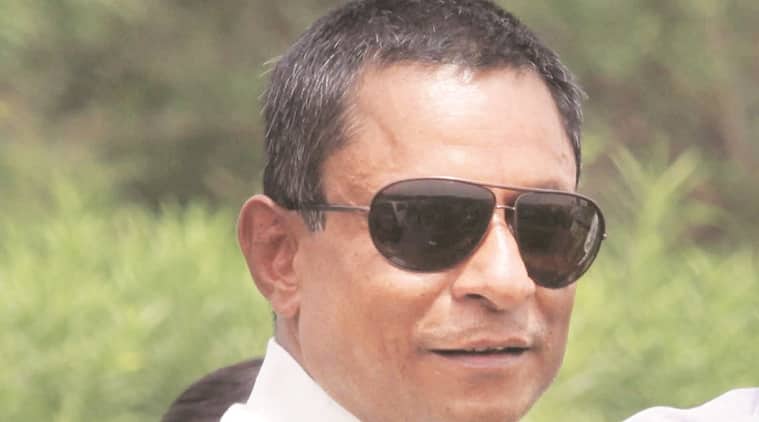 The correspondence between Verma and the concerned department also suggested that the government backtracked after regularising his stay on a nominal rent.

Months before serving eviction notice to IPS officer Satish Verma, known for investigating the Ishrat Jahan encounter case, the Gujarat government had asked him to pay rent of more than a year for a three-bedroom flat, occupied by his family in Ahmedabad. The correspondence between Verma and the concerned department also suggested that the government backtracked after regularising his stay on a nominal rent.

The letters written to Verma in April this year indicated that the Road and Buildings Department regularised his occupancy with a nominal rent from May 2016 onwards. The decision was taken after Verma wrote to the department citing his daughter’s education and the fact that he was on central deputation in the north-east.

In June, however, the department wrote another letter to the IPS officer, saying his family occupying of the flat off C G Road was “unauthorised”, and also sought rent as per the market rate. Earlier this week, the Ahmedabad deputy collector sent him a notice to immediately vacate the flat.

According to one of the letters written to Verma in April, he had to pay a nominal rent of total Rs 26,000 for occupying the flat from July 1, 2013 to January 1, 2015. The letter further stated that from April 2016, a monthly rental of Rs 1,050 should be paid to the department, meaning thereby that the government regularised his stay.

However, another letter in June stated, “In a meeting of a committee of the department on May 20, it was decided Verma’s permission to occupy the flat is over and it should be handed over to the government.” The letter said “from June 1, 2014 till the flat is handed back to the government Verma will have to pay the rent as well according to the market price”.

Verma had challenged the notice in the Gujarat High Court, but he withdrew the plea on Friday, saying that he would file the petition before an appropriate forum — the Central Administrative Tribunal (CAT).

The IPS officer has contended on the ground that central government officers posted in the north-east are entitled to two houses and two HRAs, and therefore, the notice should be quashed. His lawyer I H Syed said that an application challenging the notice would be filed before the Ahmedabad bench of CAT.

Verma had been at loggerheads with the state government led by the then chief minister Narendra Modi, following his role in the investigation of the 2004 Ishrat Jahan encounter case. Earlier, he had challenged his transfer from Ahmedabad to Junagadh before the CAT, alleging that it was “intended to harass and wrongfully harm him”. He withdrew the petition following his central deputation to Shillong.

However, he moved before the principal bench of Tribunal in Delhi against his transfer to Shillong, which remains pending. Verma is currently posted as IG, CRPF, Tripura sector.