Judge Vrushali V Joshi also sentenced Sanap to seven years in prison for kidnap, robbery and destruction of evidence, in addition to paying a compensation of Rs. 50,000 to Anuhya's family. 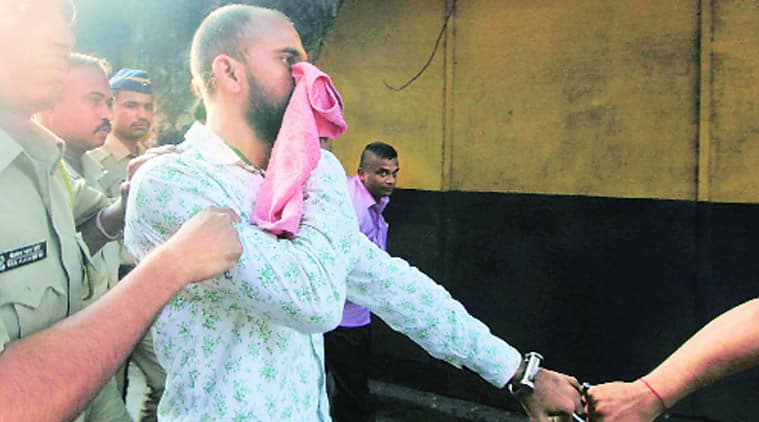 A special women’s court awarded Chandrabhan Sanap the death sentence Friday for the murder of software engineer Esther Anuhya (24). The court also sentenced him to life imprisonment for her rape. Judge Vrushali V Joshi also sentenced Sanap to seven years in prison for kidnap, robbery and destruction of evidence, in addition to paying a compensation of Rs 50,000 to Anuhya’s family. “The case falls in the rarest of rare category. Hence, he shall be hanged by his neck till death,” Judge Joshi said.

In the five-page judgment, Judge Joshi drew parallels with the gangrape and death of a 23-year-old physiotherapist in Delhi in 2013, stating that “social abhorrence and national shock created by this incident was parallel just to the one evoked by the Nirbhaya incident in Delhi”.

Sanap, 29, a driver employed in Nashik, had offered Anuhya a lift to her hostel in Andheri (West) early on the morning of January 5, 2014, when she arrived at the Lokmanya Tilak Terminus (LTT) after spending Christmas and New Year with her family in Machilipatnam in Andhra Pradesh. She was employed at the Tata Consultancy Services.
He assaulted her when she protested that he was taking her the wrong way. He then raped and killed her in the bushes in a deserted area off the Eastern Express Highway in Bhandup before setting fire to her body with petrol.
Judge Joshi said in her order that Sanap had pre-planned the murder, observing that “the planning started in his mind as he saw a prey”.

The judge relied on the testimony of Ganesh Shetty, a parking attendant at LTT, to conclude that Sanap had forced Anuhya to accompany him. Shetty was the last person to see the duo ride away on Sanap’s motorcycle at 5.15 am. The judge concluded that a one-minute conversation between Sanap and Anuhya before leaving proved “she must have refused to ride on the motorcycle, but he took her stating he too was going towards Andheri and would drop her for a meagre amount and under duress, as he put her bag on the motorcycle, she must have ridden the bike,” she observed.

Anuhya’s decomposed remains were discovered by her father S J S Prasad on January 16 and a postmortem had concluded she died after her head was banged on the ground and she was smothered. “He had applied such force while committing rape, had caused genital injury, which is one of the causes of death associated with other injuries. The pain she had experienced cannot be explained,” the order said.

Describing the crime as “cruel”, “inhuman”, “brutal” and “diabolical”, the judge said Sanap committed it “to satisfy his lust”, adding that “he forcibly raped a defenseless woman and eliminated her life, which is the ultimate insult of womanhood”.

Sanap’s confession of the crime to his friend Nandkishor Sahu and subsequent threats issued to him, Judge Joshi said, indicated he felt no remorse.

Anuhya’s rape and murder, the judge ruled, had placed the safety of working women in Mumbai in danger. “It created a dent in the belief that Mumbai is still a safe city for women,” the judge observed.