“They, along with families, reached Pakistan safely today,” a Pakistan diplomat told The Indian Express. Sources said their children had faced harassment in school in recent days. 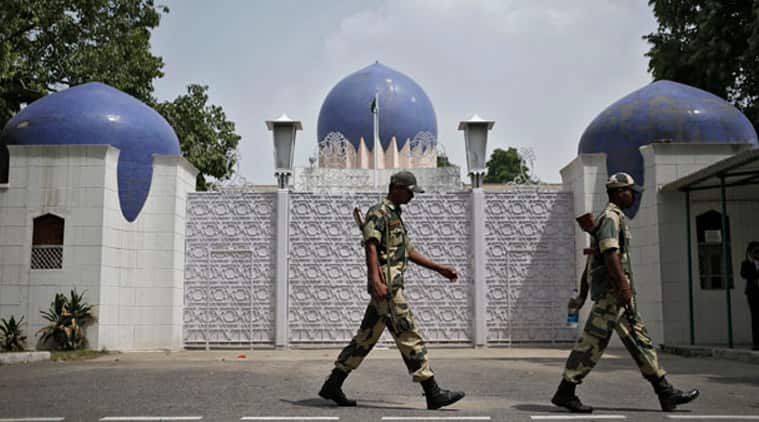 Simultaneously, Pakistan withdrew six of its officials and staffers from India, and they went back to Islamabad on Wednesday. “They, along with families, reached Pakistan safely today,” a Pakistan diplomat told The Indian Express. Sources said their children had faced harassment in school in recent days.

The Indian Express had reported on Tuesday that the Indian establishment expected Pakistan to hit back in the coming days by claiming that three-four Indian diplomats posted in that country were intelligence officials. “The gloves are off,” a source had told The Indian Express as names of four Pakistan diplomats were put out in the public domain as spies.

Pakistan’s TV channel Geo News reported on Wednesday that “five diplomats at the Indian High Commission have been found to be part of a spy network and involved in activities to destabilise Pakistan by facilitating and funding terrorism”.

By evening, Indian government sources said that “details of eight Indian diplomats have been put in the public domain by Pakistan, compromising their security”. Sources said this affects the families of the diplomats and South Block will take a call soon.

WHAT ELSE IS MAKING NEWS

This tit-for-tat response took place as Indian and Pakistani diplomats had been expelled last week. This came in the wake of an alleged spy ring that led Delhi Police to the Pakistan High Commission in New Delhi.

An Indian official said, “It was expected that Pakistan will also name Indian officials… now Delhi has to decide whether and when and how to withdraw the persons…because it becomes difficult for them to interact with their contacts in the wake of revelations in the media. It does not matter whether the disclosures are correct or not…the damage is done.” The decision to withdraw these diplomats will be taken in the next few days, sources said.

However, officials from both sides expressed hope that the “chapter should end” for now. “We just hope that the reciprocal actions stop here…or else, our diplomatic presence will be impacted severely,” an Indian official said.

Share of Muslims in jail bigger than in the population, show NCRB data