IAF: Don’t have the numbers to fully fight two-front war

The IAF officers said that the Rafale will significantly enhance the capability of the IAF. Talking about the low serviceability of the Su-30, the IAF vice chief Dhanoa said that it is an issue. 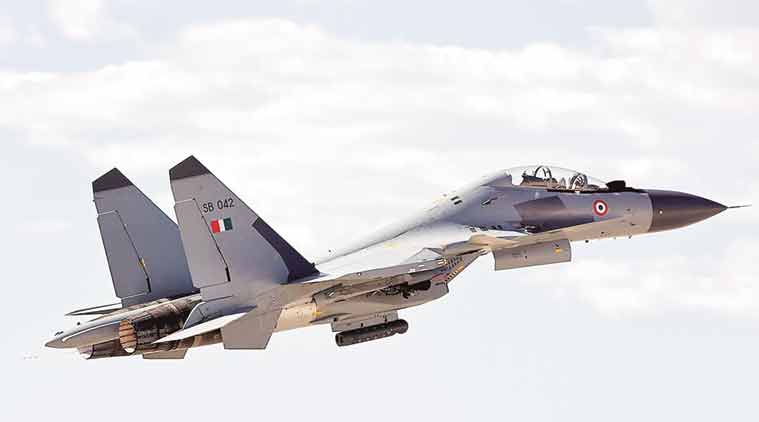 “Our numbers are not adequate to fully execute an air campaign in a two-front scenario,” said Air Marshal BS Dhanoa, Vice Chief of Air Staff.

The Indian Air Force (IAF) Thursday said that it does not have enough numbers in case a two-front war involving China and Pakistan breaks out. Air Marshal BS Dhanoa, Vice Chief of Air Staff, said that the IAF’s “numbers” were “not adequate” to fully execute an air campaign involving a two-front war. In what has already been an established fact, the IAF’s squadron strength is down to 33 from the stipulated strength of 42.

While citing that the IAF may need more numbers of Medium Multi-Role Combat Aircraft (MMRCA) fighters, IAF officials refused to get into the numbers and said the case has been taken up with the government at the highest level.

“Our numbers are not adequate to fully execute an air campaign in a two-front scenario. Probability of a two-front scenario is an appreciation which you need to do. But, are the numbers adequate? No. The squadrons are winding down,” said Dhanoa, while addressing a press conference in the capital. He added that the IAF had conveyed its “concerns” to the government.

“Government is seized of this problem and the reason why the government signed the 36 aircraft deal on G- to-G (Government to Government) basis is because of urgency they felt because of the depletion in squadron numbers,” Dhanoa further said.

While the IAF has been operating aircraft such as MiG- 21s, Mirage-2000s, Jaguars many of which have been upgraded or have been due for retirement, it has been banking its hopes on the yet-to-be-finalised Rafale deal, home-developed Tejas fighter jets and the under-development Indo-Russian joint venture of Fifth Generation Fighter Aircraft (FGFA) to boost its dwindling numbers.

A Parliamentary standing committee had last year raised alarm regarding the IAF’s depleting squadron strength. Commenting on the MMRCA for which Rafale has been zeroed down upon, Dhanoa said, “There are various avenues that are being explored. There is a requirement for us to buy an MMRCA-class aircraft more than the 36 numbers that we have signed. Which platform may come in, that is something between us and the government.”

Air Marshal R K S Bhaduria, Deputy Chief of Air Staff, said, “I am not going into numbers. We are getting 36 out of that (earlier numbers). So there is a leftover there and we will take a rather holistic view of the overall numbers.”

It may be noted that the initial plan to buy 126 MMRCA jets was scrapped by the government in April last, when PM Modi, during his Paris visit, announced that India will buy 36 of these fighters from France.

Citing that the US sale of F-16 fighter jets to Pakistan makes his life “more difficult”, Dhanoa added, “I have to put more hi-tech platform against it. The MMRCA is designed in such a way that we need to offset this capability. If you demonstrate your deterrence, we should have peace because he will know that he will be hit very badly,” he said.