This comes a day after Bangladesh confirmed the presence of the Zika virus in a sample from a patient admitted in 2014-15 who had tested negative for dengue and chikungunya. 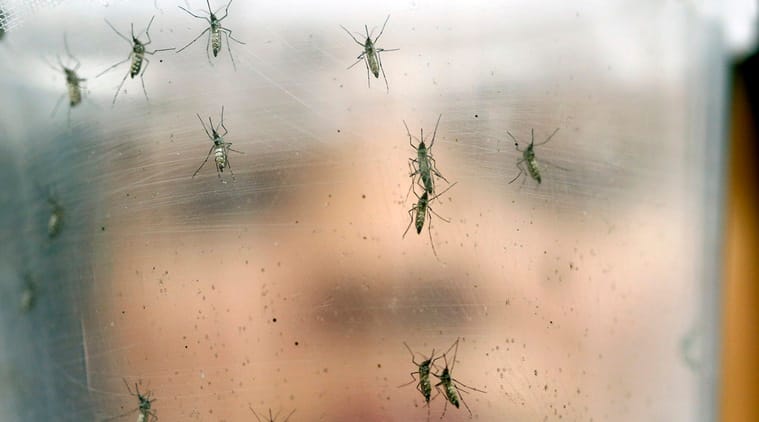 THE Union Health Ministry has decided to start random testing for the Zika virus in patients who show viral fever-like symptoms in the dengue season which starts end of April.

This comes a day after Bangladesh confirmed the presence of the Zika virus in a sample from a patient admitted in 2014-15 who had tested negative for dengue and chikungunya.

Zika virus is characterised by fever, rashes, bodyache, symptoms similar to dengue and chikungunya and is spread by the same Aedes aegypti mosquito. In the current outbreak — most pronounced in Brazil — it is also believed to be associated with a spike in cases of microcephaly, abnormally small heads in newborns.

“The Indian Council of Medical Research will also test the mosquito vector to check if it is carrying the Zika virus,” said Jagdish Prasad, Director General, Health Services, in the Ministry. “Like Bangladesh, we have also tested some samples retrospectively in National Institute of Virology in Pune but all samples have been negative so far.”

Senior officials from Dhaka told The Indian Express that with the dengue season coming, other countries in the region, including India, should start an active surveillance system for the Zika virus.

Said Mahmudur Rahman, director of Bangladesh Health Ministry’s Institute of Epidemiology, Disease Control and Research: “As the virus is spreading in other regions, with the dengue season starting in our part of the world, it is advisable to gain as much knowledge as possible about Zika virus, at an early stage, before we have to start monitoring for microcephaly in pregnant women (abnormally small heads in newborns) when the virus spreads. It would help us if all countries in our region, including India, start random sampling of fever cases, especially those samples which test negative for dengue and chikungunya, both retrospectively and in the current season.”

Rahman said such random sampling should be particularly stringent if cases of the annual viruses that afflict the region, witness any unusual spikes.

“If there is any sudden rise in dengue or chikungunya, all countries in the region should definitely start such random sampling for Zika virus,” he said.

In fact, Bangladesh’s discovery of Zika was a result of such testing. Authorities had identified about 1000 samples from 2014 and 2015 of patients who had been admitted to public hospitals for dengue but had tested negative for the virus and for chikungunya. So the reason for the fever remained unexplained.

“Of the 1000 such samples, we randomly tested 101 samples for Zika now. One sample tested positive. There could be two reasons for this: one, the patient had history of contact with an infected person, or had travelled to an endemic country. The other is that the virus is in circulation in Bangladesh,” Rahman told The Indian Express.

Health authorities have in the last week have traced the patient — he is from Chittagong. “He has no history of travel to any of the endemic countries nor does he have any contact with an infected patient. The latter explanation is also not likely because had the virus been in circulation, we would have seen a lot more cases,” he said.

Bangladesh health authorities have tested 159 people in the 20-metre radius around his home. “So far, not a single person has tested positive. So we can only assume there is some inaccuracy in the history he is giving us,” Rahman said.

This isn’t the first time Bangladesh is testing for Zika. Incidentally, in another 2004 outbreak of the Zika virus, Rahman said, a similar round of retrospective testing of random samples had helped them identify the virus among samples collected in 2001-03.

Authorities are starting another round of active sampling for the Zika virus from April 1 among the fever samples that are coming for dengue and chikungunya testing.