The meeting took place as both clerics accused the government of deliberately trying to target Muslim men and drive a wedge between community members. 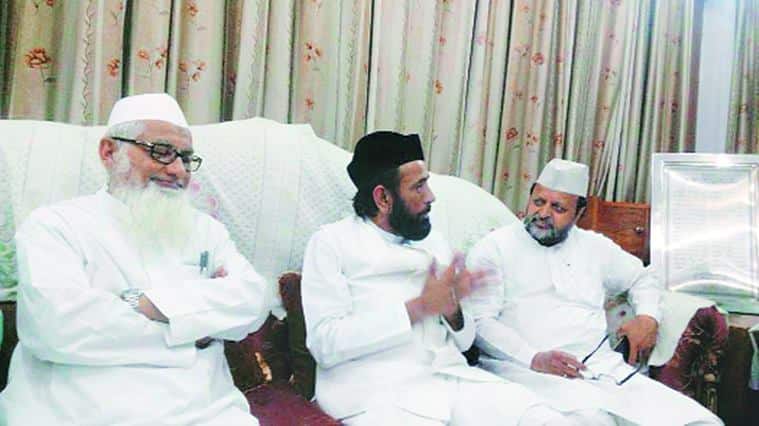 In a move seen as a sign of reconciliation between two dominant schools of Islamic thought, Maulana Tauqeer Raza Khan, a noted Barelvi cleric, Monday paid a surprise visit to Darul Uloom Deoband, the seminary of the Deobandi school of thought. Khan interacted with the rector of the seminary, Mufti Abul Qasim Nomani, and emphasised the need for unity to fight the “common enemy”. The meeting took place as both clerics accused the government of deliberately trying to target Muslim men and drive a wedge between community members.

“This is the time for unity. We are as Indian as anybody else and we will do everything to protect the unity and integrity of the country. At the same time, we will not allow any forces to malign and sideline this vast community,” Khan said in Deoband.

He was in Uttar Pradesh’s Deoband to meet the family of Shakir Ansari, one of the three boys arrested by the Delhi Police for their suspected ideological leaning towards banned terror outfit, Jaish-e-Mohammed (JeM).

After visiting the family, Khan took a surprising detour to Darul Uloom Deoband. The Barelvi and Deobandi school of thoughts have had differences over theological issues which in some instances have also led to violence. Even though the clerics from both sides interact with each other, it is very rare for a person from either side to visit the other’s seminary.

Khan claimed that the visit was necessitated due to the prevalent atmosphere in the country where Muslim men were being targeted.

“We might have some differences on religious issues, but we are united when our community faces any trouble. We will not allow any body to take advantage of our trivial differences…Officers influenced by RSS ideology are trying to malign the image of Muslims and Islam by arresting Muslim clerics in unfounded terror charges. But, they will not succeed in their designs…While sticking to our religious beliefs, we should get united to fight the common enemy. This is the only way out,” he said.

Khan holds sway among Barelvis as he is the descendant of Ahmad Raza Khan, a Hanafi jurist who is known to have started the Barelvi movement. Both the movements are named after towns in Uttar Pradesh — Deoband and Bareilly. While the Deobandi movement is known to be aligned with Wahhabism and is seen as puritanical and more austere, the Barelvi movement, in contrast, defends a more traditional South Asian version of the faith centered on Sufi mysticism.

Community watchers have claimed that the move of these two schools of thoughts coming together is in reaction to the increasing “anti Muslim policies” of the BJP government.

“There is a growing fear and perception amongst the community that it is being targetted and attempts are being made to divide it. The recently held Sufi conference was seen as a way of creating rift between the community. This meeting is significant as a message is being sent that it will be difficult to drive a wedge between the community now,” said Syed Zubair Ahmed, editor, Muslim Mirror.

CBI should probe murder of UP man ferrying cattle: Punjab and Haryana HC