Dadri lynching case: A year after incident, scars that refuse to heal

Mohd Akhlaq's family, now living in Delhi, tells The Indian Express how difficult rebuilding has been. Fear of that day hasn’t left her

IKRAMAN, who had shut herself into a room for two days after the attack on her husband on suspicion of keeping beef in the house, takes psychiatric help as she struggles to overcome the shock. The family lives in a house provided by the government at Delhi’s Subroto Park.

“The images of the mob attacking us and dragging my father out of the house have not left my mother’s mind,” said Danish, the younger son.

“She, my grandmother and my sister had tried to lock themselves in one room. We may be living in a safer place now but the fear has not left my mother. She needs psychological treatment.”

Ikraman used to stitch clothes for fellow villagers, including Hindu customers. During the initial shock when she locked herself in for two days, the only time Ikraman spoke was to the police. It was on the basis of her complaint that police registered an FIR.

Named in FIR, he stays away

JAAN MOHD, 48, younger to Akhlaq, lives outside Bisara village, in Dadri tehsil. He has not visited Bisara since a mob damaged his vehicle a few days after his brother’s murder. Today he faces an FIR registered against him and six others of the family on charges of slaughtering a calf. The Allahabad High Court has stayed the arrests of the other six but not his. “I was not even in Bisara on the dates mentioned. A fair investigation will reveal the truth,” he said.

AFZAL AHMAD, 55, elder to Akhlaq, was not at Bisara the night his brother was killed. He has stopped visiting Bisara and lives in Dadri tehsil. “Our families have got separated – some live in Delhi, others in different parts of Dadri,” he said.

Son’s head still hurts when he studies, his sister hopes to return to school MOHD DANISH, 23, the younger son and second of three children, is trying to crack UPSC but says his hopes are fading as the head injuries from last year’s attack still hinder his studies. “I had another surgery 20 days ago. My head hurts and it is difficult to concentrate and read, on the computer screen or from books,” he said. “After recovering last year, I had still been confident about the exam, if not that year then in a couple of years. I have tried to push myself and things have improved slightly but I am not sure if I will be able to crack the exam.”

SHAISTA, 21, the youngest, says she had hidden with her mother and grandmother when the mob had entered, beaten up her brother Danish, left him for dead, and finally beaten their father to death. “I am trying to adjust to the new life here at Subroto Park,” she said. “My family wants me to finish high school and I will seek admission when the process begins. We are grateful for the help that we have received from the government. We have security here at this new home but life here is very different from what it was the village.”

MOHD SARTAJ, 27, the eldest, was working with the Air Force in Chennai at the time his father was killed. Since transferred, he is now staying with the rest of the family in Delhi. Last year, he had said, “I cannot afford to sit down and think about what happened. I feel like one of those people who are put up on a stage and they perform.” ASGARI, who had tried to hide along with her daughter-in-law and granddaughter, was still hit close to the eye by the mob that killed her son. More than the physical injury, what she hasn’t recovered from is the sight of her son being killed. And as the anniversary approached, it ended up heightening the trauma.

On Monday afternoon, Asgari was rushed to hospital with high blood pressure, sugar and exhaustion, the second time in 10 days. Her family said her health had been deteriorating as the date of the incident came closer. “She has kept talking about what happened that night. Whenever someone comes to visit her, that is what they talk about,” said Jaan Mohammad, one of her sons. “She had been hit by the mob and her health has been deteriorating since. The trauma of seeing her son being killed in front of her eyes remains.”

Asgari spends most of her time with her daughter-in-law and grandchildren at their home in Subroto Park but also visits two of her other sons in Dadri. “She feels she has to take care of her grandchildren in the absence of her son,” Jaan Mohammad said.

Bisara’s women threaten suicide unless their sons are released 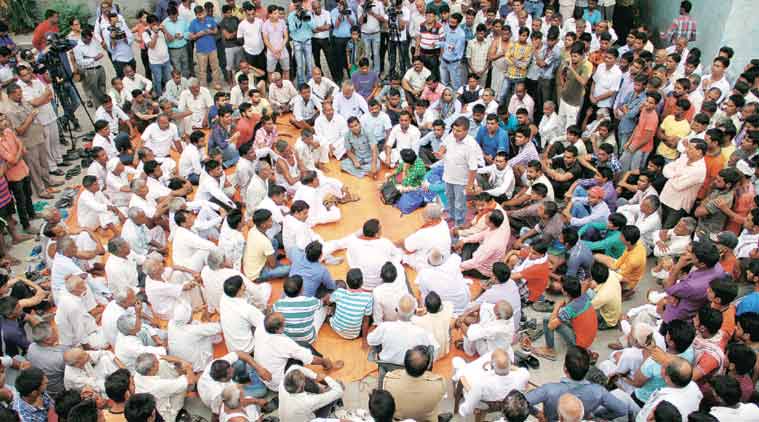 A YEAR after the lynching of Mohd Akhlaq in Dadri’s Bisara village on September 28 last year, women relatives of the 19 accused have threatened suicide unless they are released and Akhlaq’s brother Jaan Mohd is arrested for allegedly killing a calf.

Three of the 19 arrested are juveniles. “If our children are not granted bail soon, all of us will commit suicide – either sit on an indefinite hunger strike or set ourselves on fire,” said mother of Rupendra, one of the arrested. “Our sons are innocent. We believed these charges will be proved false but the court has just been giving one date after another for hearing.” 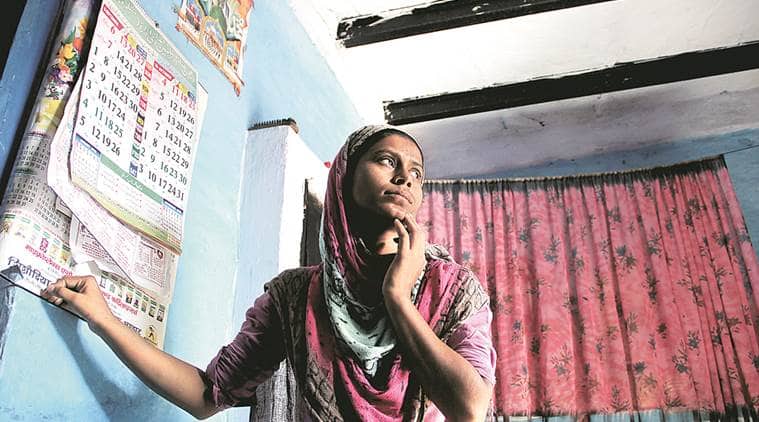 Krishan Sisodia, whose son Puneet was arresred, said they would ensure the Samajwadi Party would not win any seat in the region. “The police picked up any young man they could catch hold of,” she said. “Their fault was that they were living under a government which does not care about the sentiments of our community. All our children are young men, studying. A year has gone by and there is no hearing. Where do we go for justice?” 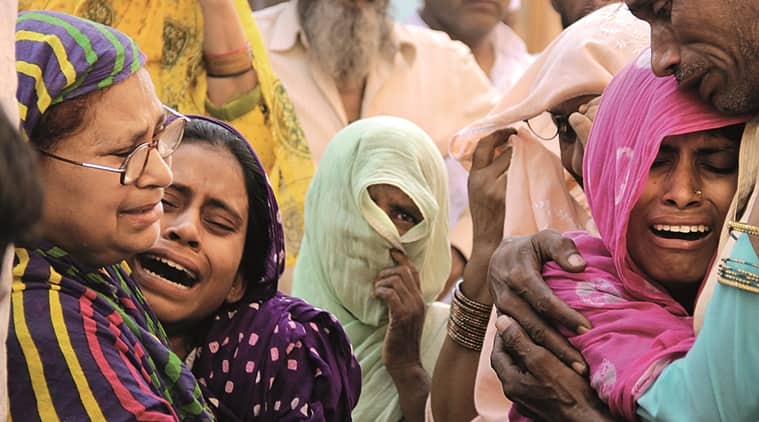 The demand for Jaan Mohd’s arrested came after a police complaint and plea in court by Bisara resident Surajpal, who alleged a stray calf had been slaughtered by Akhlaq, Jaan Mohd and other members of the family on Eid ul-Azha last year. Following an order by a local court, an FIR against Akhlaq and six others of the family had been lodged under sections of the cow slaughter and animal cruelty acts. Another court order stayed the arrests of all members except Jaan Mohd. Police say investigations are on.