BJP district President Surendra Maithani said Swamy's cavalcade was on its way to SD college from circuit house around 11 AM for a seminar on global terrorism when protesters threw eggs, tomatoes, ink and garbage on it. 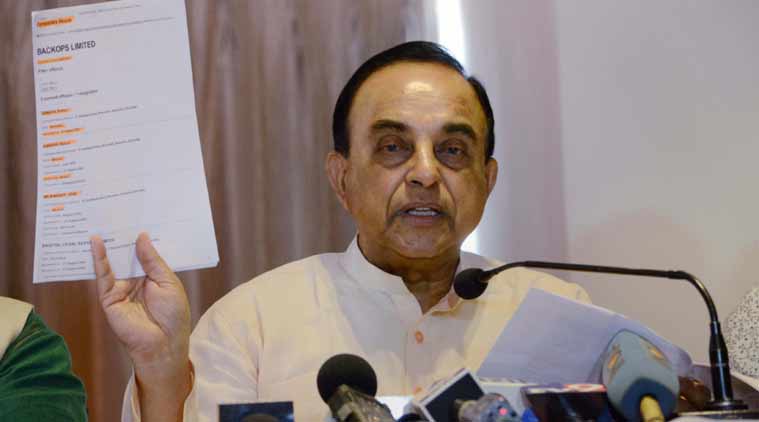 Congress workers on Saturday tried to stop the cavalcade of BJP leader Subramanian Swamy and allegedly threw eggs, tomatoes and ink on it. Police used mild force to disperse the protesters in which some of them received minor injuries.

BJP district President Surendra Maithani said Swamy’s cavalcade was on its way to SD college from circuit house around 11 AM for a seminar on global terrorism when protesters threw eggs, tomatoes, ink and garbage on it at Narwana Chowk. Congress district President Harprakash Agnihotri led the protest of his party workers.

Maithani alleged that police and the district administration were informed prior to Swamy’s visit but no security arrangements were made.

Meanwhile, BJP leaders lodged a complaint about the incident with the police, following which SSP Shalabh Mathur ordered a probe into it. All those found guilty in this case will face action, Mathur said.

Swamy, later speaking at a seminar here on ‘Global Terrorism: In context of Kashmir’, reiterated his demand to rename JNU after Netaji Subhash Chandra Bose. “Leaving five per cent of students, rest all wish to study at the university. But, the Congress and Left-driven students do not let them study,” he alleged.

“JNU should be closed for four months and a search operation should be conducted there,” he said. JNU has been at the centre of a raging row after the arrest of JNUSU president Kanhaiya Kumar who is facing sedition charges in connection with a controversial event on its campus on February 9.