Rajnath Singh had also alleged that the previous regime had done a 'flip-flop' on the links of Ishrat Jahan with terror outfit Lashkar-e-Taiba. 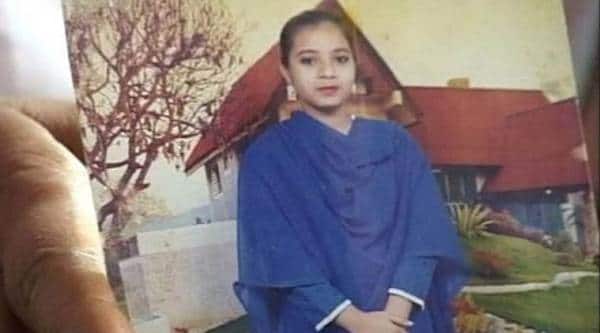 Ishrat Jahan issue again surfaced in Lok Sabha on Friday with the Congress alleging “gross injustice” for being disallowed when the calling attention on the matter was taken up on Thursday, a charge stoutly denied by government and the Speaker.

“Gross injustice was done to the entire opposition parties” which were disallowed from participating in the discussion on Ishrat Jahan issue, Congress leader Mallikarjun Kharge said amid protests from party members.

He said for want of the opposition’s participation, the discussion was “biased” and saw “baseless” allegations against erstwhile UPA Government and its leadership and projected a “one-sided story”.

“It was all a cooked-up story against the Congress and its leaders”, he said, adding that party leader Veerappa Moily had sought permission to seek clarifications from the Home Minister Rajnath Singh, which was denied.

Minister of State for Parliamentary Affairs Rajiv Pratap Rudy, however, dismissed the Congress charge. He said after a decision was taken in the business advisory committee that the issue would be taken up, it was for Congress members to give notice for participation, which was not done by them.

Speaker Sumitra Mahajan observed whatever the Minister has said was “correct”.

Responding to clarifications, the Home Minister had on Thursday accused erstwhile UPA government of hatching a “deep conspiracy” to frame Narendra Modi when he was the Gujarat Chief Minister.

He had also alleged that the previous regime had done a ‘flip-flop’ on the links of Ishrat Jahan with terror outfit Lashkar-e-Taiba.

Without naming P Chidambaram, Singh had charged the then Home Minister with giving “colour” to terrorism by coining the term ‘saffron terror’.

The Home Minister had insisted that the recent statement by Pakistani-American terrorist David Headley before a Mumbai court only reaffirmed the first affidavit filed by the UPA government on August 6, 2009 before the Gujarat High Court that Ishrat had links with LeT.