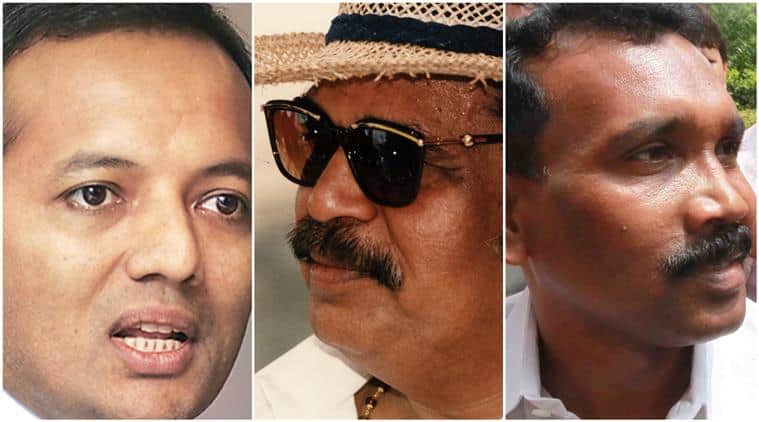 Stating that “facts and circumstances” brought on record prima facie “establishes the hatching of a criminal conspiracy after careful calculation and minute planning”, a Delhi special court Friday ordered former Minister of State for Coal Dasari Narayan Rao, former Congress MP and industrialist Naveen Jindal, former Jharkhand Chief Minister Madhu Koda and 12 others to be put on trial. They face charges of criminal breach of trust and criminal conspiracy in a 2008 allocation of a coal block in Jharkhand.

Special Judge Bharat Parashar, ordering framing of charges over alleged irregularities in the allocation of the Amarkonda Murgadangal coal block, said prima facie it “appears that facade of various companies has been created as a smokescreen to cover up the actual payoff” of Rs 2 crore to Rao by Jindal through his “group of companies or associated companies” to secure a coal block for his firms Jindal Steel Power Limited (JSPL) and Gagan Sponge Iron Pvt Ltd (GSIPL).

Five firms — JSPL, Jindal Realty Pvt Ltd, Gagan Infraenergy Ltd (formerly known as GSIPL), Sowbhagya Media Ltd and NDEPL — have also been ordered to be put on trial. The court said charges are to be framed against all accused under IPC sections 120-B (criminal conspiracy) read with 409 (criminal breach of trust) and 420 (cheating) and under sections of the Prevention of Corruption Act. The court will formally put all accused on trial on May 11.

The court agreed to hear the plea of accused Suresh Singhal to turn approver in the case. The court will hear his plea on May 11.

“…if the entire process of allocation of coal block… is seen and analysed while also keeping in mind the money trail whereby Rs 2 crore came to be transferred to Dasari Narayan Rao by Naveen Jindal, the same, prima facie, reflects active collusion between public servants involved in the process and private parties in whose favour the coal block stood allotted,” Parashar said.

The special court said Jindal prima facie was the “central figure” in the entire conspiracy. “In fact, his role has come out to be that of a central figure around whom the entire criminal conspiracy revolved… as being the common central thread running through all the said transactions through his various group or associated companies… his role even travels beyond the area of grave suspicion as regard his complicity,” Parashar said.

The court said GSIPL prima facie could “not have been allocated any coal block at all in any circumstance” and “not only it was found to be ineligible” but it had “grossly misrepresented on many aspects both at the time of submission of its application form and also in the feedback form”.

“The facts collected during investigation also show that there was rather no intention on the part of GSIPL to establish any power plant and thereby to use the coal to be extracted from the said coal block,” Parashar said.

“Naveen Jindal Group of Companies were primarily owned by Naveen Jindal and he was the central figure through whom the said payoff of Rs 2 crores flowed. In fact, a web of various corporate entities has been introduced to cover-up the said illegal act of making a payment of Rs 2 crore to Dasari Narayan Rao,” Parashar said.

On Madhu Koda, the special court said it was prima facie “clear” that being the then Chief Minister, he “ensured” that the recommendation for the entire coal block be made to the Ministry of Coal “only” in favour of Naveen Jindal Group of Companies.

On Dasari Narayan Rao, the court said, it was prima facie clear that he was in “active agreement and connivance” with Jindal and his group of companies. “Prima facie it is clear that Rao abused his official position in pursuance to the conspiracy so hatched with the other co-accused persons so as to facilitate allotment of Amarkonda Murgadangal coal block in favour of JSPL and GSIPL,” the court said.

The court said prima facie all transactions seem to have been undertaken with the “assistance of best of the legal brains and experts in financial transactions” to “escape the clutches of law and to give each of the transactions a semblance of compliance with law.”

“…H C Gupta, Secretary Coal and Chairman Screening Committee, along with Dasari Narayan Rao, Minister of State for Coal, consciously chose to overlook all such misrepresentations or false and highly inflated unsubstantiated claims of the company even though they were writ large on the face of record,” the court said.

Reacting to the court order, a spokesperson for JSPL said: “In the context of the Special Court’s order in respect of allocation of the Amarkonda Murgadangal coal block and the charges thereof, JSPL reiterates that it is confident that it will stand vindicated at the end of the ongoing judicial process. We deny all allegations made against our company and its management. We have full faith in the Indian judicial system and are confident to come out clean during the process. The said allocation was made to the company purely on merit and, all along the course of the investigation, the company and its officials have fully cooperated with the authorities, and whenever asked, explained and provided all supporting documents.”

AgustaWestland case: Those who can’t see PM Modi succeed hint he cut a deal, he did not cut any deal, rebuts Govt