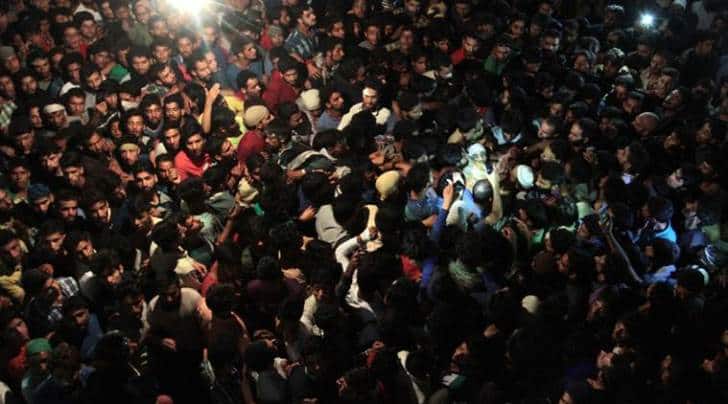 People turned up in large numbers for the funeral prayers of Burhan Wani, the 22-year-old poster boy of militancy in Kashmir who was gunned down by security forces in an operation Friday.

Wani, who was the commander of the Hizbul Mujahideen, will be laid to rest in his home town of Tral in Pulwama district.

Wani was shot dead along with two other militants in Bumdoora village, 85 km south of Kashmir. Officials said Burhan was shot dead during a joint operation launched at around 4.30 pm by the Special Operation Group of J&K police and 19 Rashtriya Rifles in the Kokernag area of South Kashmir.

Shortly after his death was reported, protests erupted across the state. Hurriyat chairman Syed Ali Geelani and JKLF chairman Yasin Malik called for a strike to protest the killing.

While the state government suspended internet services across the state anticipating trouble, the ongoing Amarnath yatra has also been affected.

Wani was the most high-profile militant operating in the Valley and had recently warned policemen of attacks and threatened to target the proposed Sainik colonies for security personnel in the state.

(With inputs from Mir Ehsan)