Kashmir protests highlights: UGC-NET exams scheduled to be held for July 10 in Srinagar (J&K) postponed following the law and order situation in the state. Protests against the killing of Hijbul Mujahideen militant Burhan Wani on Friday, led to violence in Kashmir on Saturday. At least 8 civilians were killed and several others were injured in clashes with security forces in Srinagar.

Wani was shot dead along with two other militants by security forces and police in Bumdoora village on Friday, 85 km south of Srinagar.

The separatists leaders called for shutdown in Kashmir over Wani’s killing and mobile internet services was suspended.

Here are the LIVE updates of the situation in Kashmir:

Kashmiri youth need to ask these leaders “if jihad, if this gun is so pious why don’t you or your children pick it up?- Junaid Qureshi

08.30 pm: Poor people’s sons are dying on streets and they are glorifying it: J Qureshi

Children of these (separatists) leaders are tucked away in safe environments in schools in Malaysia, America,London or India: Junaid Qureshi 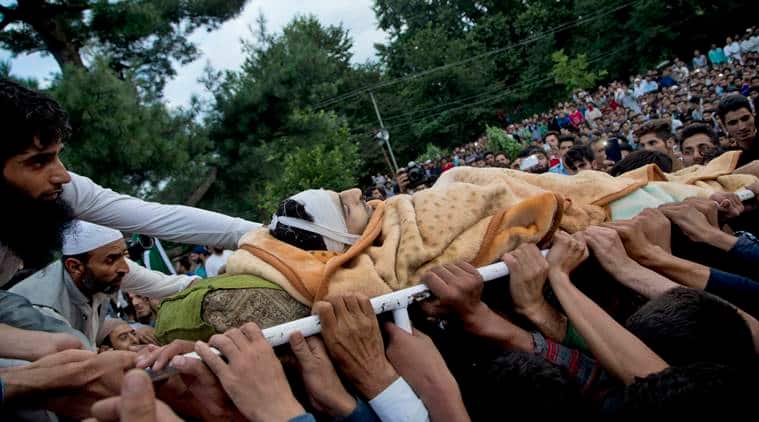 08.15 pm: We picked up guns 26 years ago, what have we achieved? People died. This must end. And to be on the table you have to deserve a place to be there and must be ready with your arguments: Junaid Qureshi

08.10 pm: I appeal to the people of Kashmir to main peace and law and order situation in the state, said Rajnath Singh

I appeal to the people of Kashmir to main peace and law and order situation in the state: HM Rajnath Singh pic.twitter.com/yREMi262C4

07. 55 pm: We must understand that picking up guns is not the way which will get us somewhere: Junaid Qureshi

07.45 pm: I express profound grief over the tragic death of the youths and extend my heart-felt condolences to the bereaved family members in their hour of immense grief: J&K CM Mehbooba Mufti

07. 40 pm: Many youth in Kashmir whether justified or not have lot of resentment: Junaid Qureshi(son of separatist leader Hashim Qureshi) on Burhan Wani

07.20 pm: UGC-NET exams scheduled to be held for July 10 in Srinagar (J&K) postponed following the law and order situation in the state: ANI

07.00 pm: Tension prevailed in Bhaderwah town following announcement by Anjuman-e-Islamia from local Jama Masjid informing people that namaz-i-janaza of Burhan Wani will be offered after the evening prayers there

6:50 pm: We certainly don’t want to kill youngsters of our own society, says J&K Police ADGP on gunning down of Hizb militant Burhan Wani in encounter

06.25 pm: Amarnath Yatra will be resumed as soon as it is possible to ensure security of yatris, says J&K Police ADGP S M Sahai 06.20 pm: It is very unfortunate that young lives were lost in clashes, says J&K Police

06.15 pm: Situation tense in South Kashmir: Police at a press conference in Srinagar

05. 55 pm: 8 civilians killed, 3 policemen injured in clashes. Seven out of 8 killed due to retaliatory action, one civilian died due to drowning: J&K police at a press conference in Srinagar

05.10 pm: Except for Banihal town, where people observed bandh and took out a procession, Burhan Wani’s killing evoked no reaction elsewhere in Jammu region. However, authorities as a precautionary measure had suspended Amarnath pilgrimage and stopped movement of vehicular traffic on the national highway from Batote onwards towards Valley.

04.45 pm: Kashmiri activist Sushil Pandit congratulated the Indian security forces and requested the government not to hand over his body to his family, warning that it may inspire other youth to follow in the terrorists’ footsteps. 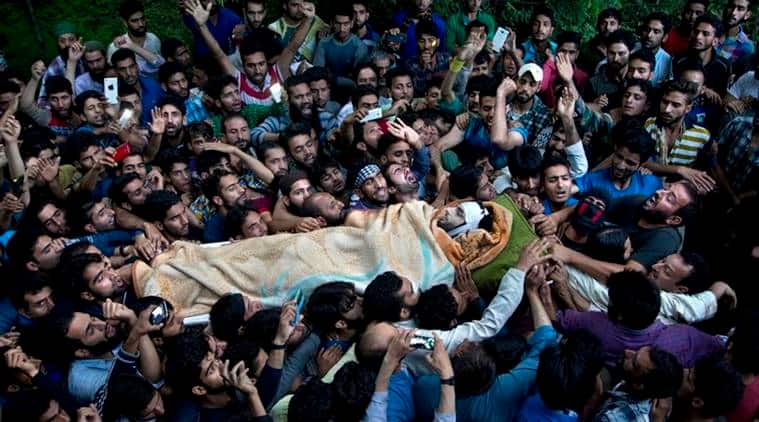 04.35 pm: The death toll has risen to five, 3 in Anantnag district and 2 in Kulgam district.

04.05 pm: At least four people were killed and more than thirty people injured in the clashes which erupted across Kashmir valley, The Indian Express reports

03.45 pm: BJP general secretary Ram Madhav said that the killing of Wani must be seen as the government’s zero-tolerance policy towards terrorism, and described it to be a big breakthrough on the part of the security forces.

03.30 pm: Union Minister Jitendra Singh praised the security forces and said all sections of society must come together in the fight against terrorism, regardless of their political ideology. “The fight against terrorism is universal and it has to be fought collectively and all sections of society regardless of their ideology must come together and unitedly fight it,” he said. 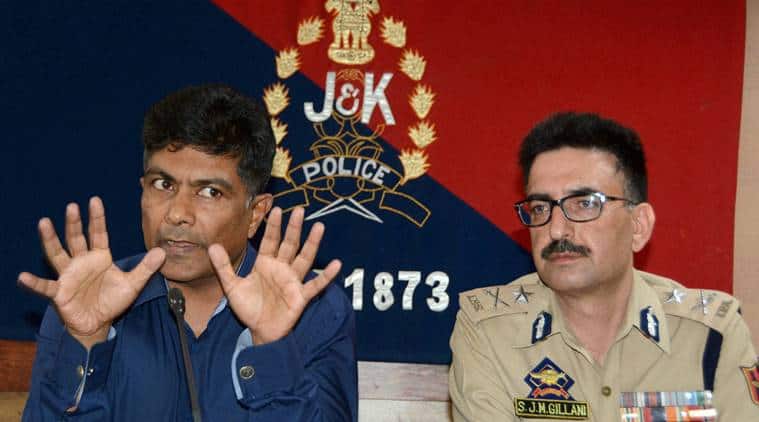 03.15 pm: One person was killed and several others were injured during the clashes, reports ANI.

03.00 pm: A total of 25 people from different parts have been admitted to SMHS of which 5 are serious, said hospital authorities.

2.45 pm: Reacting to the death of Wani, Congress leader Ghulam Nabi Azad said, “Burhan Wani was a terrorist and one who inflicts terror has to die some day.” The former minister also added that “a terrorist is a terrorist and there is no point mourning death of such a person.” (READ FULL STORY)

2.30 pm: Former Jammu and Kashmir Chief Minister Omar Abdullah took to Twitter and said that Wani had become an ‘icon’ for the disaffected community after his death. (READ FULL STORY)

The story of Burhan Wani File Photo of most wanted Hizbul Mujahideen militant commander Burhan Wani (R), who was killed during an encounter at Kokarnag area of Anantnag District of South Kashmir on Friday. (Source: PTI Photo)

Kashmir on boil after face of new militancy, Burhan Wani, is shot dead: Protests erupted across Kashmir on Friday after Burhan Wani, the 22-year-old Hizbul Mujahideen commander who was tagged as the poster boy on social media of militancy in the Valley, was shot dead along with two other militants by security forces and police in Bumdoora village, 85 km south of Srinagar. (READ FULL STORY)

The worry: What Burhan Wani’s death could give life to- On the surface, the killing of most wanted Burhan Muzaffar Wani in a joint operation by J&K police and Rashtriya Rifles in Kokernag today is a shot in the arm for the security establishment. But given the current ferment in the Valley, this watershed in the new phase of militancy may set off a new, more volatile phase. (READ FULL STORY)