The Congress leader also asked Modi to stop his frequent foreign tours and instead go to meet farmers, labourers and youth whom he promised jobs. 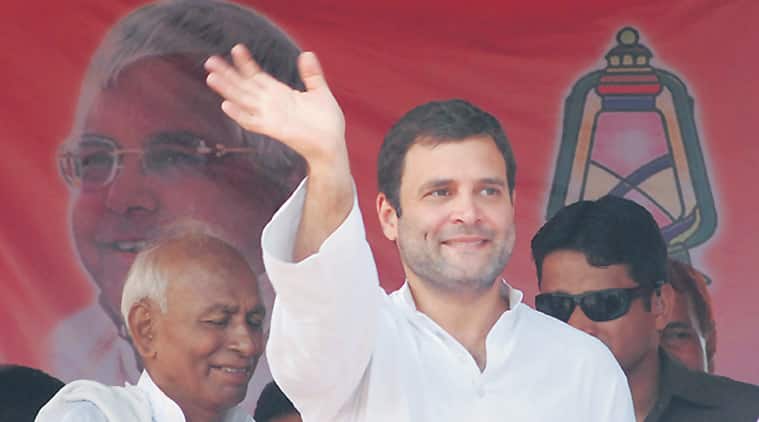 Terming the Bihar poll outcome as a defeat of “divisive agenda of BJP and RSS”, Congress vice president Rahul Gandhi on Sunday said it is time for Prime Minister Narendra Modi to tone down his “arrogance” or people will “throw him out”.

The Congress leader also asked Modi to stop his frequent foreign tours and instead go to meet farmers, labourers and youth whom he promised jobs.

The entire nation is telling Shri Modi to stop speeches and campaigning and start working. The nation has waited one year: Rahul Gandhi

The victory in Bihar is not against the NDA, it is against the ideology of the RSS and the BJP: Rahul Gandhi

The country is telling the Modi government and the BJP that they can not divide the nation: Rahul Gandhi

This is a victory of unity over divisiveness. Humility over arrogance. Love over hate. A victory of the people of Bihar

Gandhi said the grand alliance’s triumph was “a victory of unity over divisiveness, humility over arrogance and love over hate”. “The truth is this victory is not against NDA but against the ideology of BJP, RSS and Modi. This is a message against putting Hindus against Muslims and making them fight to win elections. His vehicle is not starting. He should start it and press the accelerator. If you do not do it, people of India will open the door and throw you out as they have done in Bihar,” he said of Modi, adding as a Prime Minister it does not behove his stature to “pit one community against the other”.

“Prime Minister Narendra Modi has become arrogant. He should work on toning it down as it will benefit him and the country. Modi should stop campaigning and start working. He should also stop foreign tours and instead go and meet farmers, labourers and youth whom he promised jobs,” he told reporters.

The Congress vice president said this message is echoing in the entire country and it was time for Modi to pay heed.