States with total and phase-wise prohibition of alcohol in India 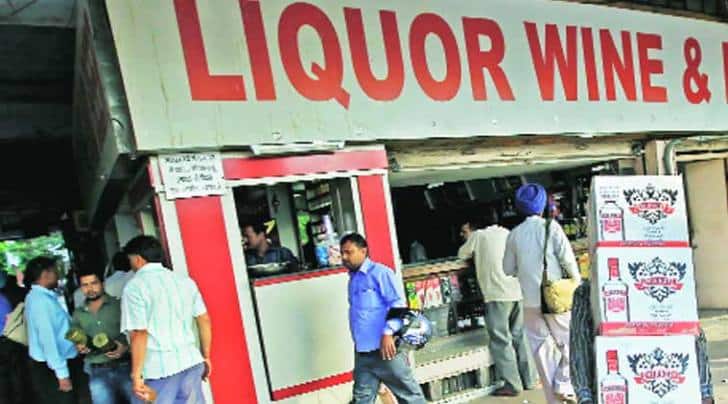 It’s never an easy decision for a state government to declare a ban on alcohol in India. That’s primarily because liquor revenues are not easy to ignore and have consistently formed the bulwark of government funds. In Kerala, the state government reportedly picked up $1.2 billion from liquor sales and taxes in a calendar year, a massive one-fifth of the state’s revenue.

Therefore, when Bihar Chief Minister Nitish Kumar announced at a press briefing on Tuesday that he was going for complete prohibition of alcohol in the state, it surprised many. According to reports, the JDU-RJD government may face a loss of up to Rs 6,000 crores in the absence of sales of country liquor and IMFL. But Kumar stoically said there was ‘overwhelming response’ from women and children to the ban and it’s tough to ignore that. The decision on the ban was also a fulfillment of Kumar’s election promises that he made in 2015.

At the same time, there are widespread concerns as to whether the ban would naturally result in the increased supply of illicit liquor in the state and a situation where people would cross borders to buy alcohol.

Anyways, as Bihar enters the prohibition mode, we take a look at some of the states where a complete ban is in effect and others where liquor is being phased out.

Even though liquor was banned for long periods during the pre-Independence days, most of the states lifted bans soon after India achieved freedom. But Gujarat, after its formation in 1960 out of Bombay State, continued the ban and still enforces it to this day. So basically, the manufacture, sale, consumption and storage of alcohol is illegal in the state. But that hasn’t stopped a massive industry of illicit liquor widely prevalent in the state. In fact, it’s said to be so easily available that you can get bottles delivered at your doorstep.

Another state that has enforced a complete ban is Nagaland where prohibition has been in effect since 1989. Under the Nagaland Liquor Total Prohibition Act, 1989, no person(s) is allowed to transport, sell, consume or manufacture liquor. Publishing of advertisements on liquor in newspapers are also prohibited under the Act. A jail term of three years and fine is the penalty for the illegal import of liquor into the state. But several media reports say the ban has not been a ‘success’ and that numerous illegal bars and shops continue to operate in the state. Smuggling of alcohol from neighbouring Assam has also been reported.

This is one union territory where liquor is not widely available and a complete ban is in place. There are reports that a single island called Bangaram has access to liquor, but it could not be verified.

The Congress government in Kerala introduced a liquor policy in August, 2014 advocating for total prohibition. Now, this is a state which is among the big consumers of liquor in the country and the state government knew that the loss in revenues would be a big hit for the administration as well as for the tourism industry. But the party’s policy was opposed aggressively by bar owners who feared a loss in employment. The fight between the government and the powerful bar owners lobby even led to a major scandal in which several ministers were allegedly bribed in order to procure licenses for opening liquor shops. The top court in December 2015, finally backed the state’s liquor policy restricting the sale of alcohol only to five-star hotels and establishments. More than 700 bars were reportedly shut down in the wake of the policy.

States that have experimented with liquor bans

Andhra Pradesh, Haryana, Tamil Nadu, Mizoram and Manipur are all states that have experimented with partial or complete ban on liquor. But change in governments as well as a negative feedback from the public have forced political parties to reverse the decision. Widespread smuggling and sale of illicit liquor have also been the reasons for such bans to collapse.