Noted historians, others condemn move to ban sale of Hindi translation of book

The statement issued by the SAHMAT comes in the backdrop of DU's decision to stop the sale and distribution of the Hindi translation of Chandra’s book, which refers to Bhagat Singh as a “revolutionary terrorist”. 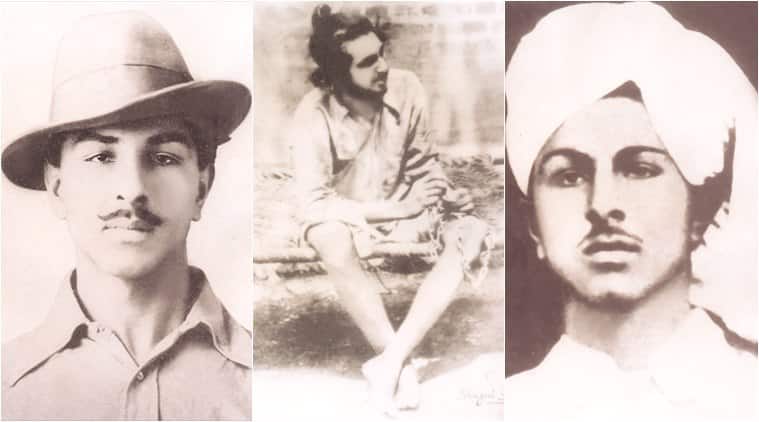 Rajya Sabha Deputy Chairman P J Kurien had earlier told the government to remove all references in it to Bhagat Singh being a “revolutionary terrorist”.

Over 100 intellectuals, including noted historians Romila Thapar, Irfan Habib and D N Jha, Saturday issued a statement against the “attack” on “distinguished historian” Bipan Chandra, and said it had become a “habit for so-called nationalists to raise non-substantial issues to parade their patriotism”.

The statement issued by the Safdar Hashmi Memorial Trust (SAHMAT) comes in the backdrop of Delhi University’s (DU) decision to stop the sale and distribution of the Hindi translation of Chandra’s book — ‘India’s Struggle for Independence’ — which refers to Bhagat Singh as a “revolutionary terrorist”.

Rajya Sabha Deputy Chairman P J Kurien had earlier told the government to remove all references in it to Bhagat Singh being a “revolutionary terrorist”.

“In recent days, it seems to have become a habit of some… ‘nationalists’ to raise divisive or non-substantial issues to parade their patriotism. The most recent example of this is the attack on a major history (book) of the national movement authored by distinguished historian, Professor Bipan Chandra, and his colleagues. The objection is that Shaheed Bhagat Singh and his comrades have been described as “revolutionary terrorists”. Critics, however, forget that this was really a term the martyrs had practically used for themselves,” read the statement.

It added, “If we claim to be nationalists, we should at least know more about our national movement and not forget that there was a time when this tag was borne with pride by people who actually died for the cause of this country.

Let us not go about demanding changes in books, or banning them altogether and display our own ignorance to the world. The withdrawal of the translation of the book by Delhi University and hounding of the authors on TV shows and at law courts… is only too characteristic of such campaigns…”

Citing examples of Bhagat Singh’s use of the word “terrorist” for himself, the statement said, “The Hindustan Socialist Republican Association, to which Bhagat Singh and his colleagues belonged, said in its Manifesto (1929): ‘We have been taken to task for our terrorist policy. No doubt, the revolutionaries think and rightly that it is only by resorting to terrorism that they can find a most effective means of retaliation’…”

While accepting that Bhagat Singh had stated at a later stage, “Apparently, I have acted like a terrorist; But I am not a terrorist”, and that “two definitions of the word ‘terror’ were already at work”, the statement also said that for them, “terror had till then seemed a revolutionary path that they were wholly committed to”.

Explaining the historical context of the word “terror”, the statement says, “Terror as a method of revolutionary action actually derived from a tradition that went back to the Russian revolutionaries’ struggle against Czarist tyranny.”

“However, in the last two or three decades, terror has come to mean the killing of innocent men, women and children almost all over the world. It has thus assumed a heavily pejorative sense, not necessarily borne by it in the 1920s and 30s,” it added.