An appraisal report prepared by the investigation wing of the I-T department has also found that Asaram, through his followers, allegedly ran a lending scheme that offered cash loans. 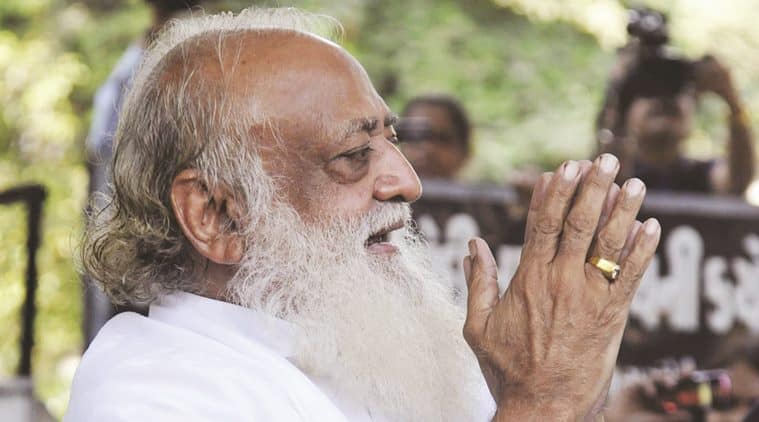 THE Income Tax (I-T) department has recommended cancellation of tax breaks given to charitable trusts controlled by jailed ‘godman’ Asaram Bapu, after its probe indicated that they held undisclosed income of nearly Rs 2,300 crore since 2008-09, official sources told The Indian Express.

Most of these investments were allegedly done through seven Kolkata-based private companies which were acquired by Asaram and run by his followers, said sources in the tax department.

An appraisal report prepared by the investigation wing of the I-T department has also found that Asaram, through his followers, allegedly ran a lending scheme that offered cash loans to individuals and entities, including prominent builders, at a monthly interest rate of 1-2 per cent.

I-T sources said he and his followers disbursed at least Rs 3,800 crore to over 1,400 borrowers across India since 1991-92. The appraisal report has been sent to the department’s assessment wing which will fix the tax liability.

“The money was loaned in cash, with post-dated cheques, promissory notes and land-purchase deeds as security. We suspect that the scheme was used by Asaram and his followers to conceal donations received by the ashrams,” said I-T sources.

Asaram is currently lodged in jail for allegedly sexually assaulting a 16-year-old girl at his ashram near Jodhpur in Rajasthan in 2013.

Asked about the findings of the I-T probe, Neelam Dubey, spokesperson of Sant Shri Asaramji Ashram, said: “This is a conspiracy against Bapuji and a direct attack on Hindu dharma. Bapuji does not have any assets, he does not even own a car. Every asset is in the name of the trusts and belongs to his followers. He is the biggest Hindu saint in the world. He has been in jail for three years but no charges have been proved till now.”

Asaram’s lawyer Chandrashekhar Gupta said: “I can’t comment on income-tax matters as I am only dealing with criminal cases filed against Asaram Bapu and his son.”

Official sources said that over the past year, the income-tax department raided 71 premises allegedly belonging to the self-styled godman and his followers in 11 cities and seized 22,000 documents and 300 GB data pertaining to financial dealings.

According to tax officials, Asaram and his followers control over 400 ashrams in the country, which enjoy tax exemptions. The tax authority has alleged that the charitable trusts declared only-one tenth of the actual donations received over the last 20 years.

Sources said a tax raid on one of Asaram’s followers last September yielded five haversacks of post-dated cheques, promissory notes, plot purchase deeds and allotment letters of flats allegedly obtained as security from at least 80 borrowers in Mumbai and Pune.

According to a document of October 2013, recovered by the I-T department, Asaram earned an interest income of Rs 419 crore in a year and had Rs 163 crore as cash in hand. Tax officials have so far recovered Rs 7 crore in cash and provisionally attached 121 properties worth about Rs 500 crore.

“The loan ledgers maintained by Asaram and followers are rudimentary and shows names of people, locality and loan amounts. There are no addresses,” said sources.

On July 13, the Rajasthan High Court will hear a petition filed by Asaram against recording his statements for the ongoing tax investigations. In March, he had rejected an attempt by I-T officials to record his statement, in Jodhpur jail, on the issue of alleged tax evasion.