As we are talking about Make in India, great responsibility on MFIs: ESL Narsimhan

ESL Narasimhan said in his inaugural speech at the national summit on microfinance organized by Assocham in Hyderabad on Tuesaday. 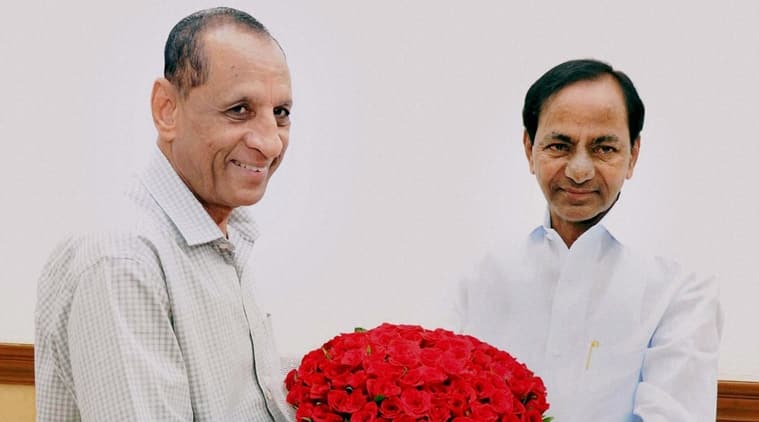 The microfinance institutions (MFIs) should find out adequacy of skills, competence, capability and the need of the borrower before lending money thereby learning lessons from the crisis that originated in erstwhile Andhra Pradesh in 2010, Telangana and Andhra Pradesh Governor, ESL Narasimhan said in his inaugural speech at the national summit on microfinance organized by Assocham in Hyderabad on Tuesaday.

“Today when you are talking of skill development and Make in India as one of the priority areas, I think there is a great responsibility on MFIs, please do not carry people on the dream path of consumerism once again to start with,” said Narasimhan. Talking about financial inclusion, he said that there is an urgent need to bridge the growing gap between haves and have-nots together with the divide between rural-urban, rich-poor, privileged-under privileged.

“Unless we are able to bridge this concept of financial inclusion, programmes like Skill India, Make in India are not going to take us anywhere, we need to make a very conscious effort to bridge this gap,” Narasimhan said.

“While looking at financial inclusion, we particularly need to go into the rural areas as there are a lot of skills available there which die unheard of because they are not able to support their ideas. I think it is for all of us to learn lessons from the past and ensure that we do not repeat the whole crisis of 2010 and force us to do something more again,” said the Governor on the crisis that broke out in erstwhile Andhra Pradesh with several borrowers committing suicide alleging harassment from agents of microfinance institutions, and the government had to pass an ordinance to control the MFIs.

“The purpose of the MFIs was to help the self-help groups (SHGs) to grow but unfortunately what happened was that lending system went beyond a certain level, the very purpose of the SHGs was itself was to promote entrepreneurship, skills, employment, earning capabilities and basically to improve the economy but a temptation was put forth by the MFIs in lending at so-called hidden rates of interest which made people borrow large sums of money and get into consumerism,” he said.

He urged the MFIs to spread their institutions’ operations into rural India with the advantage of technological advancement.

While addressing the ASSOCHAM summit, the chamber’s president, Sunil Kanoria said, “The success of the MFI sector will largely depend on how well the players can blend technology and human interface in providing financial solutions to the clients and leveraging technology to bring down operational costs and enhancing penetration and training employees to offer customised solutions to the clients will shape the future of the MFI sector.”

Navin Mittal, Telangaa Finance Secretary, said that the state government is focussing on start-ups and is looking at phase-after-phase development of start-incubator, T-Hub. “The T-Hub which has come up very recently in Hyderabad has been really able to attract imagination of a lot of people, we are now planning phase-after-phase for the T-Hub because it has really triggered the latent energies of start-up ecosystem,” said Mittal.

He also said that for the self-employment sector, Telangana is focussing a lot on the marginalised communities. “We have been able to step up our investment in terms of investment subsidy support to people from OBC, SC/ST, minorities in a huge way and I must say that in times to come the state will emerge as an ideal place to invest and to do business,” said Mittal.