Five days ago, Bharti, a BJP candidate elected as the mayor of Aligarh in 2012, accused Aligarh Muslim University (AMU) of selling beef in a canteen attached to the Jawaharlal Nehru Medical College. 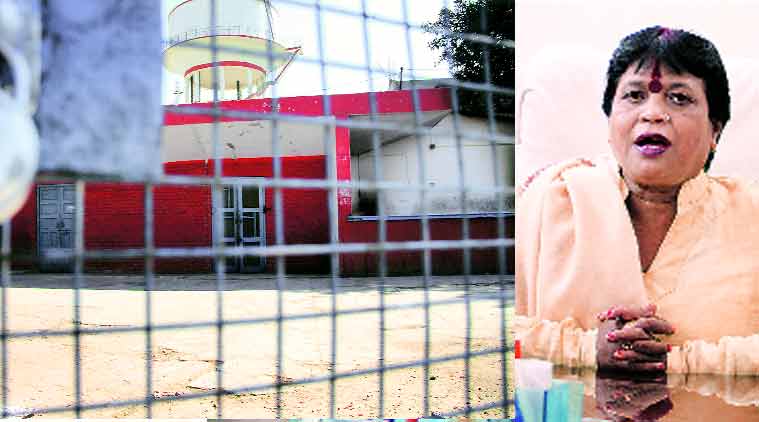 Perched on a tall chair in her office opposite the district and sessions court, city mayor Shakuntala Bharti (50) said she’s lost count of the number of cows she has saved from being slaughtered over the years.

“I just returned after rescuing two cows. They were being taken in a tempo. The driver knew me, he apologised. The people who were taking the cows for slaughter were riding on motorcycles ahead of the tempo. They escaped,” she said. Every other day, she added, cases came up where she had to intervene to protect ‘gau mata’.

Five days ago, Bharti, a BJP candidate elected as the mayor of Aligarh in 2012, accused Aligarh Muslim University (AMU) of selling beef in a canteen attached to the Jawaharlal Nehru Medical College. Despite AMU’s clarification that it was buffalo meat, Bharti pointed at a purported photo of the canteen menu on her phone that showed ‘beef biryani’ as one of the items. “What is the meaning of beef? Anybody can look it up online,” said Bharti.

The canteen has since been closed. Its contract expired on February 23.

“If there was no cow meat being sold, what was the need to shut the canteen? The fact that it was shut is proof enough that there was something wrong going on,” said Bharti.

But SSP, Aligarh, J Ravinder Goud said, “When our police inspector visited the canteen, there was no menu board on display and inquiries revealed that there was no such thing. The matter has been closed.”

“The canteen was a loss-making venture. The beef biryani was one of our least-selling items. The canteen was attached to the medical college and hospital and frequented by patients and their families. Hardly anybody ordered beef biryani,” said Ahmed.

Anupama Thapliyal (22), a post-graduate student, said: “The beef controversy was an attempt to frame the university and tarnish its image. This is just one in the chain of events hitting universities in the country.”

Unfazed, Bharti accused the Samajwadi Party government of being soft on minorities. “Just to protect their vote bank, they will let Mughal Raj come back here,” she said.

The mayor added that her work had two main focus areas. “One is to protect cows from being slaughtered and the other is to protect Hindu girls from ‘love jihad’,” she said.

Induction of women into combat roles will be in phased manner: Manohar Parrikar