Ban on registration of over 2000 cc diesel vehicles until March 31. 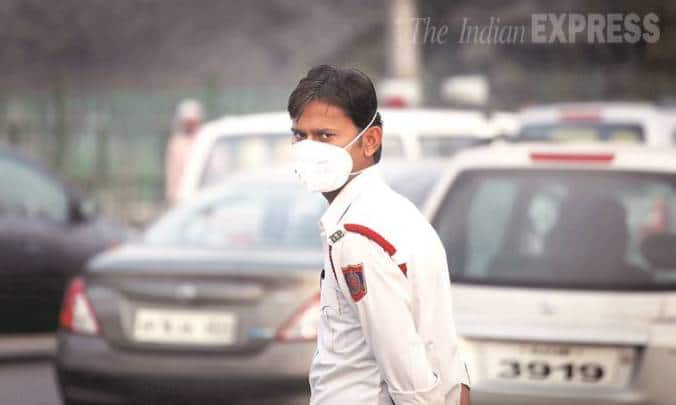 Ushering in radical reforms to control the alarming pollution in Delhi, the Supreme Court Wednesday banned registration of diesel SUVs and high-end vehicles in the city with engine capacity of over 2000 cc until March 31, 2016 and also stopped entry of goods vehicles not bound for the national capital.

“It is noteworthy that diesel vehicles of 2000 cc and above and SUVs are generally used by more affluent sections of our society and because of the higher engine capacity, they are more prone to cause higher levels of pollution. A ban on registration of such vehicles will not, therefore, affect the common man or the average citizen in the city of Delhi,” a bench headed by Chief Justice of India T S Thakur said.

The bench, also comprising Justices A K Sikri and R Banumathi, however exempted new commercial light-duty diesel vehicles from prohibition on being registered in Delhi “on account of the dependence of the public on such vehicles for supply of essentials”.

The apex court’s order, however, lifts the temporary ban imposed by the National Green Tribunal last week, whereby registration of all diesel vehicles were banned in Delhi until January 6.

As the bench clarified that its order shall be implemented “notwithstanding any order to the contrary passed by any court or authority or Tribunal whatsoever,” the ban on new registration will be confined only to diesel vehicles above 2000 cc and this prohibition starts from Wednesday itself.

According to an affidavit filed by the government in the Supreme Court last year, diesel-driven vehicles account for over 90 per cent of SUVs in India, 34 per cent of small cars and 70 per cent of large/ medium cars.

The bench revived an order by the top court passed 14 years ago and directed that “no goods vehicle which is not bound for Delhi will be allowed to enter” the city from the entry points on the two national highways that witnesses the largest number of vehicles passing through the national capital. These two highways connect Delhi to Rajasthan from one side and Delhi to various northern states such as Punjab and Haryana from the other. The bench asked the authorities to divert these vehicles to alternative routes.

While hiking the environment compensatory charges on commercial vehicles by 100 per cent, the court clarified that no vehicle registered in 2005 or prior years shall be allowed to enter Delhi even after payment of the enhanced green cess. The cess has now been doubled — Rs 700 to Rs 1,400 for light commercial vehicles and from Rs 1,300 to Rs 2,600 for heavy commercial vehicles.

The court gave time until March 1, 2016 to all taxi operators and aggregators like Ola and Uber to switch to CNG vehicles. It also ordered that all construction-related activities must adhere to norms laid down by the Central Pollution Control Board (CPCB), which include putting curtains and other devices to prevent dust.

The court imposed curbs on burning of solid waste and said that all authorities “shall take steps to ensure that no part of such waste is burnt and that proper arrangements are made for disposal of such waste in a scientific way without causing any hazard to environment.”

The order has been passed on suggestions by senior advocate Harish Salve, who acts as amicus curiae in the PIL filed by environmentalist M C Mehta in 1985.

* No registration of diesel SUVs, high-end vehicles in Delhi until March 31, 2016
* Goods vehicles not bound to Delhi won’t be allowed to enter
* Green cess to to be doubled for commercial vehicles entering Delhi
* No goods vehicles registered before 2006 to be allowed entry into Delhi
* All taxis to switch to CNG by March 1, 2016
* Delhi govt to vacuum-clean roads, make pavements
* Construction activities must adhere to pollution norms
* Solid waste not to be burnt but disposed appropriately

Arunachal crisis: How courts and Constitution have defined role of Governor