Agenda 2016: Three things the Modi government can do for agriculture today

Drip irrigation, making urea in Iran, and pushing pulses in Punjab should be top policy priorities. 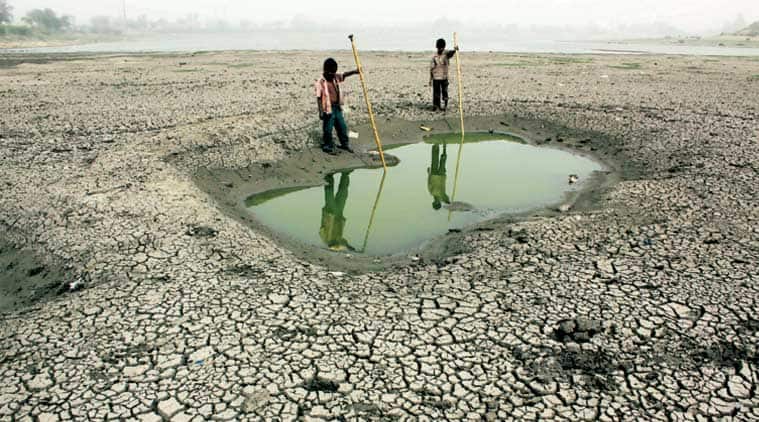 The biggest risk to the Indian economy today isn’t the US Federal Reserve hiking interest rates further or a deepening Chinese slowdown, but rising domestic farm distress that has political implications too. The government can do many things to bring agriculture back on track. We focus on three.

The first relates to water

The Centre has launched a Pradhan Mantri Krishi Sinchai Yojana with an outlay of Rs 50,000 crore over five years, for providing assured irrigation cover to every farm (“har khet ko pani”) and maximising water use efficiency (“more crop per drop”). The potential downside of schemes like this, or the Maharashtra government’s Jalyukt Shivar Abhiyaan, is their widely dispersed nature of works stemming from vague operational guidelines that may lead to no quantifiable benefits at the individual farmer level: Drought-proofing isn’t simply about deepening and widening of nullahs, constructing cement/earthen check dams or digging farm ponds in isolation.

What we need is a more focussed and integrated plan of building farm ponds for harvesting rainwater that also ensures judicious use of this stored water through drip irrigation. A 30m x 30m x 3m pond on about 0.2 acres can accumulate over 25 lakh litres of rainfall during the monsoon season. Even after accounting for evaporation and seepage losses of 5 per cent each — these can be minimised by lining the excavated tank with impervious material such as high density polyethylene fabric — the balance water can meet the requirement of a five-acre farmer growing any 5-6 month duration crop, including direct-seeded paddy. This is, however, conditional upon use of drip irrigation that can deliver the pumped water to the fields at discharge rates as low as one litre per hour.

There are three components to the above scheme. The first is the pond, whose cost, inclusive of excavation and plastic lining, would be within Rs 1 lakh. The second is rural electrification: Without three-phase power supply to operate 3-5 horsepower motors, the harvested rainwater cannot be conveyed to the fields. Ordinary farmers can’t afford diesel or solar pumps, the former entailing high operational expenses and the latter ten times the capital cost of electric pump-sets. The third is drip irrigation, costing Rs 25,000-30,000 per acre. With drip, not only can ten times the area be covered using the same quantity of water in conventional flood irrigation, crop yields, too, would go up. The reason: the water along with fertiliser is applied only at the plant’s root zone, where it is required, while the remaining soil area gets enough air to maintain an optimal air-water-nutrient balance.

A well-funded and focussed programme integrating all the three components can go a long way in guaranteeing universal access to protective irrigation. The water thus delivered should be properly metered and priced to encourage judicious use, with the government subsidising the capital costs of around Rs 3 lakh for a five-acre farm.

The impact of a national-level programme of this kind will be transformational. Most parts of India receive reasonable rainfall at an aggregate level; the problem is more in its uneven temporal distribution. Take Nabarangpur in Odisha, India’s poorest district that recorded 1,458.2 mm rainfall this monsoon season. This was not only above the national average of 887.5 mm — or the 700-750 mm for Marathwada and Telangana — but even the district’s normal of 1,241.5 mm for June-September. But since it did not rain in the crucial July-August period, Nabarangpur’s farmers experienced drought despite a “normal” monsoon. If only they had the means to harness groundwater or stored rainwater in ponds!

The second action point is in fertiliser, specifically urea The Omifco ammonia-urea fertiliser manufacturing plant at Sur in Oman.

In 2000, the then Prime Minister Atal Bihari Vajpayee gave a decisive push to the Oman India Fertiliser Company (Omifco) project that was floundering after being first mooted in 1993. The 50:25:25 overseas urea manufacturing joint venture of the Oman Oil Company, Indian Farmers Fertiliser Cooperative and Krishak Bharati Cooperative got finally commissioned in July 2005. India has since been importing roughly two million tonnes (mt) of urea annually through Omifco at an average long-term offtake price of $130-140 per tonne free-on-board. The Omifco project helped partly insulate India against volatility in world prices, including in 2008 when they crossed $800 per tonne. Even at current $230-240 per tonne prices, Omifco urea is a steal, supplying a quarter of India’s total eight mt imports.

There’s need for more Omifco-type JVs for producing urea in countries where gas is available relatively cheap against long-term government-backed offtake agreements at pre-determined prices. The initiative should come now, when global hydrocarbon prices have slumped. True, it takes about two years for any planned project to obtain statutory clearances and achieve financial closure — in addition to three years for actual construction. Also, no supplier country may want to lock into today’s gas price for a plant that will produce only five years later.

Yet, India can leverage its position as a big buyer — more so, with China turning from being the world’s biggest urea importer to larger exporter and the US, too, on course to becoming self-sufficient — to secure gas at below $4 per million British thermal units (mBtu) for an overseas JV against committed offtake of end-product. The gas supply contracts could even incorporate escalation clauses allowing for a gradual increase linked to, say, the US CPI: For Omifco, Oman was initially making gas available at $0.77/mBtu. It has since been reset at $3/mBtu, which is still way below ruling Asian spot liquefied natural gas (LNG) prices of $7/mBtu.

India is reportedly in talks to set up a 1.3 mt urea plant in Iran’s Chabahar region. The Iranian government has apparently even indicated a gas price of $2.95/mBtu. But for matters to proceed beyond “talks”, the intervention has to come from the top. Prime Minister Narendra Modi could do a Vajpayee here, directly engaging with the Iranian top leadership as he has done with the Japanese for the Mumbai-Ahmedabad bullet train project. There could eventually be scope for even two plants of 1.3 mt each.

The crash in global commodity prices affords an opportunity for India, which imports huge quantities of fertiliser either in direct form (urea, di-ammonium phosphate and potash) or as raw materials/intermediates (gas, rock phosphate, sulphur, phosphoric acid and ammonia). This is the time to scout for overseas asset acquisitions and establishing JVs, whether in Iran, Qatar, Nigeria, Ghana and Gabon for urea or Morocco, Jordan, Egypt, Tunisia and Senegal for phosphates. Rather than establishing new urea plants in Bihar or Uttar Pradesh using imported LNG re-gasified and delivered at $10/mBtu, nutritional security is better achieved by investing overseas (where gas is available at source at $3-4/mBtu) to “make for India”.

India’s pulses production has to significantly increase from present 17-18 mt levels to cater to growing domestic demand. This clearly cannot be met through imports, which can, at best, supply 4-5 mt out of the annual global trade in pulses of around 15 mt.

Domestic output can, however, go up only if farmers in Punjab, Haryana and other irrigated regions – who grow paddy, wheat and sugarcane – take up pulses cultivation. Today, pulses are an orphan crop planted largely in marginal lands prone to moisture stress. Even with drip and improved cropping technologies, one cannot expect dramatic production increases from Vidarbha, Marathwada or northeast Karnataka, especially in the face of repeated monsoon failures.

This calls for a strategy to make pulses an attractive option for even irrigated area farmers. But they will not switch without assured procurement and minimum support prices (MSP) reasonably aligned to market levels. For the current rabi season, the government has fixed the procurement price of chana at Rs 3,500 per quintal and at Rs 3,400 for masur, when they are selling in mandis at Rs 4,500 and Rs 6,000 per quintal levels respectively. Worse, the MSPs were announced as late as November 5, when farmers would already have taken their planting decisions.

The approach of routine mechanical fixing of MSPs needs to be replaced by one based on market realities and national cropping priorities. We have a strange situation now of the MSPs of paddy or wheat being higher than what the market can support, while way below the latter for pulses. If 50 mt of paddy and 30 mt of wheat can be procured at above market prices every year, the government can surely buy 2-3 mt of pulses at rates closer to market levels. Only then will farmers of Punjab and Haryana get a clear signal to grow pulses.

Our scientists have done a good job in breeding shorter duration varieties — 100-110 days in chana (as against 140-150 days in traditional cultivars) and 150-160 days in arhar (300 days) — that are also resistant to various pests and diseases. But we know from experience that it is the Punjab farmer who will put real pressure on the farm research system to deliver. That applies to pulses as well — for instance, breeding varieties/hybrids whose plants will flower and set pods simultaneously, making them amenable to combine harvesting at one go.

Also crucial is the role of pulses in soil rejuvenation and ‘fixing’ of atmospheric nitrogen. The fact they can save one bag of urea per acre for the succeeding crop is something that could well be factored in MSP setting.