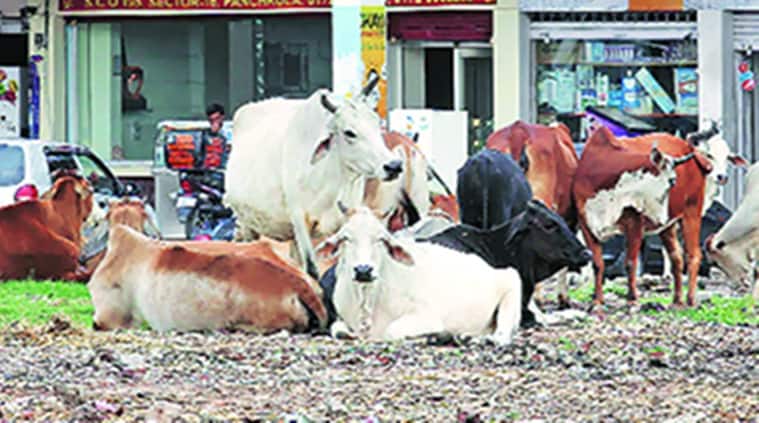 THE HARYANA police on Sunday launched a 24-hour helpline (8284030455) for people to report incidents of cow smuggling or slaughter. The information that is provided will be relayed to police officials, who will send special teams set up for the purpose to the area.

Haryana DGP K P Singh said barricades would also be put up to check cow smuggling. The move follows reported incidents of cow smuggling. Recently, a video surfaced which showed two men being made to eat “panchgavya” (cow dung concoction) by Gau Rakshak Dal volunteers after they were allegedly caught with beef in Faridabad.

Last year, the state government passed the Haryana Gauvansh Sanrakshan and Gausamvardhan Act which allows up to 10 years imprisonment in case of cow slaughter.