Bengaluru: ‘2014 Church Street blast may have been first IS hit in India’, say probe agencies 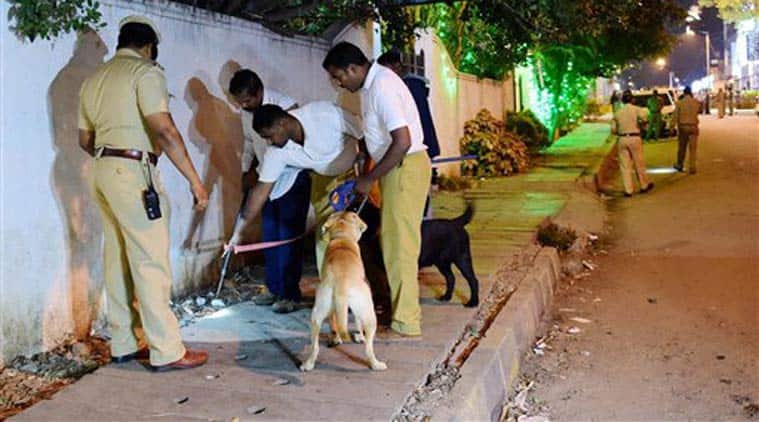 On the evening of December 28, 2014, a blast at Coconut Grove restaurant on Church Street in Bengaluru’s upscale M G Road area killed a woman. In January, the National Investigation Agency (NIA) and the Telangana police claimed to have cracked the case with the arrest of a man named Alamzeb Afridi, 30, from Bengaluru.

Subsequent probe and repeated questioning of the prime suspect has now led investigators to believe that the Church Street blast may have been the first ever terror attack linked to the Islamic State (IS) in India.

Afridi, who is linked to the banned outfit SIMI and is an accused in the 2008 Ahmedabad serial blasts that killed 56 people, was influenced and radicalised by the IS online months before the Church Street blast, according to investigators.

Afridi has reportedly told investigators that he was influenced on Facebook by a man who identified himself as Abdul Khan. Investigators believe Khan is the self-styled, Indian-origin IS recruiter Shafi Armar killed in Syria a few weeks ago according to unconfirmed reports.

Investigators said Afridi has told them that Abdul Khan initially asked him to translate a speech of Abu Bakr Al-Baghdadi, the self-proclaimed Caliph of the Islamic State, and subsequently gave him access to a document on justpaste.it, a document-sharing site. This time, he was allegedly given a “serious” task: to create a bomb with household materials for the Church Street blast.

Afridi reportedly told NIA that he was tasked with carrying out the blast at Coconut Grove since an Israeli delegation was scheduled to visit the restaurant that evening. After the Church Street blast, Afridi was allegedly also given the responsibility of doing a recce of Jewish targets in Kochi and Bengaluru. In November 2015, Afridi reportedly caused a small fire outside an Israeli visa office in central Bengaluru and left behind an IS flag.

“If the CCTV footage from the visa office had been compared with footage of the suspect in the Church Street blast case, the police may have been able to nab the suspect earlier,’’ according to a source involved in investigating Afridi’s activities. Despite wide-ranging claims made to his interrogators, Afridi, however, has not given a voluntary statement in court for legal substantiation of the case against him.

We don’t know how to market ourselves: PM Modi in Ujjain