Malegaon 2008 blasts: No objection from NIA for Thakur’s bail petition

In its reply to the plea, the NIA has reproduced relevant portions of their chargesheet pertaining to the role of Sadhvi Pragya as per their investigation. 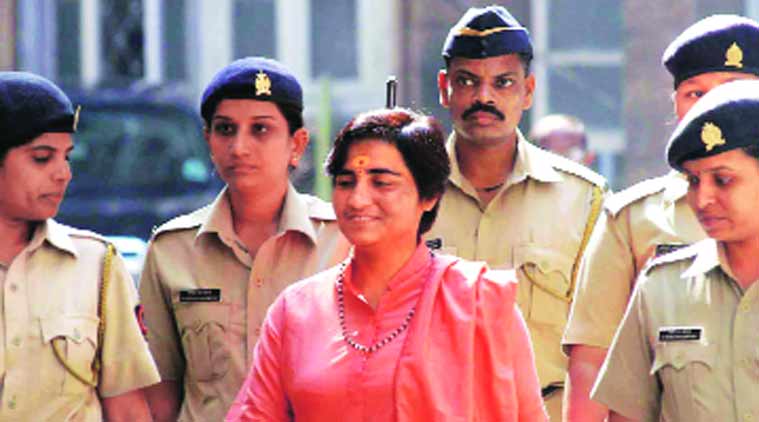 The court has asked the NIA and the accused to reply.

THE National Investigation Agency has given its no-objection to the bail application filed by accused Pragya Singh Thakur in the Malegaon 2008 blasts case. In its chargesheet filed on May 13, the NIA had said no case was made out against Sadhvi as per evidence collected by the agency.

In its reply to the plea, the NIA has reproduced relevant portions of their chargesheet pertaining to the role of Sadhvi Pragya as per their investigation. “Based on the chargesheet filed, we have stated that there is no case made out against Sadhvi. We have left it to the court to decide on the bail plea,” said Special Public Prosecutor Avinash Rasal.

In the chargesheet, the NIA had said the evidences on record against Sadhvi are not sufficient to prosecute her.
Four other accused in the case have also filed for bail and the NIA is expected to file its replies by this week. Meanwhile, Nisar Bilal, a victim of the Malegaon 2008 blast, has approached the special NIA court seeking to be allowed to be an intervener in the bail applications filed by the accused.

It opposed the present bail application for making a plea for it not to be allowed claiming that the accused were conspirators in the case. The special NIA court has directed the accused and the prosecution to give their say on the application by Wednesday.