Raigad district police said that those feared drowned are students from Computer Science department of the Abeda Inamdar College in Pune, from where a group of over 120 students had gone for a picnic. Raigad district police said that those feared drowned are students from Computer Science department of the Abeda Inamdar College in Pune, from where a group of over 120 students had gone for a picnic.

Thirteen students from Pune’s Abeda Inamdar Senior College, who had gone for a picnic to Murud breach in Raigad district, drowned on Monday.

The dead include 10 girls and three boys. All of them were aged between 18 and 20 and were studying Computer Science.

The group, comprising 112 students, eight teachers and three non-teaching staff, left the college in three buses at 7 am for their annual excursion.

In the afternoon, while some students were having lunch, others went for a swim. But the tide pulled them into the sea, witnesses said. Locals and fishermen rushed to their help, and the Raigad police and district administration soon joined rescue operations. Rescuers managed to save some students, but 13 drowned, while one boy is missing, said Prashant Burde, Inspector General of Police for Konkan Range.

Ranjankar, a resident of Murud Shekhar, said the beach is at the mouth of Rajapuri creek and during high tide, swirls are formed at the corners due to the incoming force of water. “Locals know this and even fishermen who understand the sea current well don’t enter the waters at this spot,” he said. Families of students, meanwhile, rushed to the college campus in panic. Sadiq Kazi, the uncle of one of the victims, Sumayya Ansari, said the family was so shocked that they did not even call on her cellphone, fearing the worst.

As a list of students who drowned was put up in the college, confusion was replaced with grief, and several relatives who had gathered there broke down.

Parvez Shaikh, who lost his sibling Akhtar Shaikh in the tragedy, said his younger brother had “died a hero”. “I spoke to one of the girls who survived. She told me Akhtar saved her life… and he again went into the water to save others students, but did not return,” said Parvez.

Search and rescue operations were continuing till late in the evening. Commander Rahul Sinha, PRO Western Naval Command, said, “Indian Coast Guard has launched a search by one interceptor craft and one Chetak helicopter. One Indian Navy Chetak and one Coast Guard Chetak have been launched by INS Shikra. One Seaking helicopter has also been launched.” Dr Jyotsna Mane, manager of the Emergency Medical Services, said they got a call at 4.12 pm from one Mahendra Patil. “By 4.15 pm, the ambulance stationed at Murud Rural Hospital was dispatched. Six students who were rescued have survived, while eight to ten are undergoing treatment at the hospital,” she said.

Dr Kazi Ajmeri from Murud Rural Hospital said the students had gone to the “deep end” of the beach during low tide.

The college management could not confirm whether those who went into the sea knew how to swim.

P A Inamdar, president of the MCE society, which runs the college, said the picnic had been planned by students as an annual event. “Every year, we send children to a different place for picnic, but students prefer the beach,” Inamdar said.

Inamdar, also a trustee of the college, said they did not know “the exact reason for the tragedy” since most people who went to the picnic were “in a state of shock”.

“What we have learnt from teachers and other sources is that no guard was present when the tragedy occurred. Had guards been posted to caution and advise students, the tragedy would not have occurred,” he said.

A senior government official, meanwhile, said a board was present at the beach warning people not to enter the sea.

Asked what the teachers who accompanied the students were doing, Inamdar said, “They were supposed to take care of them, but it could be possible that the student did not listen to the teachers. Youths often defy the orders of elders.”

“Ït would be wrong to blame the college or the management for the tragedy as we take all precautions before sending children on an excursion. We send them written instructions and get an undertaking from parents,” Inamdar said. 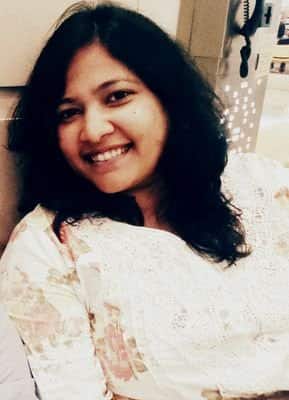