The Indian government also said that it hopes that Nepal will create a positive atmosphere for dialogue to resolve the issue. 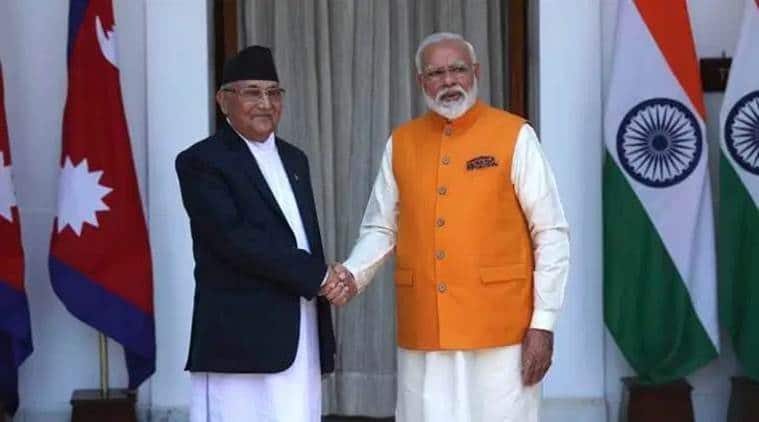 Reacting to Nepal officially issuing a new political map Wednesday that shows Kalapani, Limpiadhura and Lipulekh as parts of their territory, India has said the “unilateral act is not based on historical facts and evidence” and that it would not accept “artificial enlargement of territorial claims”.

The Ministry of External Affairs also said that it hopes that Nepal will create a positive atmosphere for dialogue to resolve the issue.

India responds to the revised map of Nepal released today by Nepal govt.

MEA spox: “Nepal govt has released a revised official map of Nepal today that includes parts of Indian territory. This unilateral act is not based on historical facts and evidence.”@IndianExpress

“It is contrary to the bilateral understanding to resolve the outstanding boundary issues through diplomatic dialogue. Such artificial enlargement of territorial claims will not be accepted by India,” an MEA spokesperson said, adding that the neighbouring country is well aware of India’s position on the issue.

“We urge the Government of Nepal to refrain from such unjustified cartographic assertion and respect India’s sovereignty and territorial integrity,” the spokesperson added.

Nepal Prime Minister Oli had on Tuesday had asserted that the Kalapani-Limpiadhura-Lipulekh area in the trijunction of Nepal-India and China (Tibet) will be brought back within Nepal’s map at any cost.

Oli had said that with the approval of the new map by the Cabinet, “we will now be relentlessly engaging to realise those areas back through diplomacy”. “The issue will not fade away any more, we are least bothered if anyone gets angry and we will reclaim that land at any cost,” he had said.

The Lipulekh pass is a far western point near Kalapani, a disputed border area between Nepal and India. Both India and Nepal claim Kalapani as an integral part of their territory – India as part of Uttarakhand’s Pithoragarh district and Nepal as part of Dharchula district.

India had said that the recently-inaugurated road section in Pithoragarh district in Uttarakhand lies completely within its territory. Indian Army chief Gen MM Naravane last week said that there were reasons to believe that Nepal objected to India’s newly-inaugurated road linking Lipulekh Pass with Dharchula in Uttarakhand at the behest of “someone else”, in an apparent reference to a possible role by China on the matter.

He said there was no dispute whatsoever between India and Nepal in the area and road laid was very much within the Indian side.