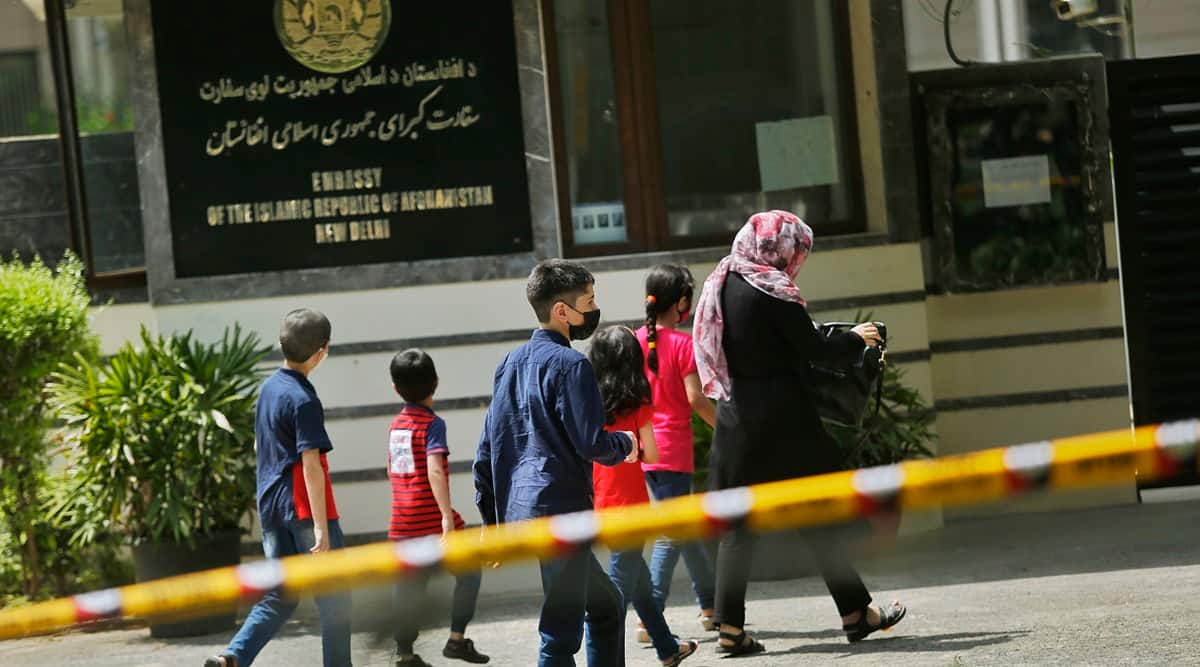 Since the Taliban’s takeover of Afghanistan, India has granted 200 emergency e-visas to that country’s citizens, the government told Parliament on Wednesday.

“In view of the prevailing situation in Afghanistan, the Government of India has started an ‘e-Emergency X-Misc visa’ for a period of 6 months for Afghan nationals. …As on 24.11.2021, 200 e-Emergency X-Misc visas have been issued,” Minister of State for Home Nityanand Rai said in a written reply in Rajya Sabha.

The Stay Visa/ Residential Permit is granted for a year at a time by authorities on a case-to-case basis after Home Ministry approval.

The ministry had been asked questions related to Afghan refugees living in India.

“India is not a signatory to the 1951 UN Convention relating to the Status of Refugees and the 1967 Protocol thereon. All foreign nationals (including Asylum seekers) are governed by the provisions contained in the Foreigners Act, 1946, The Registration of Foreigners Act, 1939, The Passport (Entry into India) Act, 1920 and The Citizenship Act, 1955 and rules and orders made there under. The data of foreign nationals who enter into the country without valid travel documents in a surreptitious and clandestine manner, claiming to be refugees or asylum seekers is not maintained centrally,” the minister said.

In the wake of a humanitarian crisis unfolding in Afghanistan following the fall of Kabul to the Taliban, with thousands scrambling to leave the country after the takeover, India had in August introduced an emergency e-visa category for Afghan nationals to “fast-track” their applications. These visas are valid for six months and granted only after security clearance, sources said.

In a statement issued then, the Ministry of Home Affairs (MHA) had said that after a review of provisions “in view of the current situation in Afghanistan”, a “new category of electronic visa called e-Emergency X-Misc Visa” has been started for Afghan nationals.

“India already provides X-Miscellaneous (X-Misc) category visas to foreigners whose purpose of entry does not match any prescribed category. In the case of Afghanistan, the e-visa facility was not extended to nationals of that country until then. However, since our mission is now shut in Afghanistan, people were allowed to get online visas,” an MHA official said.

The MHA policy document on X-Misc visa states that they “may be granted only with single entry and for the specific duration taking into account the purpose of visit”.

“If the visa is granted for a period of stay exceeding 180 days, the foreigner will have to register himself/ herself with the FRRO/ FRO concerned within 14 days of arrival. This visa will be non-extendable and non-convertible to any other type of visa,” it states.

Explained |What happened to US' Afghanistan evacuation?

India has in the past granted long-duration visas to Afghan nationals facing persecution in their country, including a large number that fled after the first Taliban takeover and during the two decades of conflict that followed.

In these cases, the Stay Visa/ Residential Permit is granted for a year at a time by authorities on a case-to-case basis after MHA approval. These permits are location-specific with movement of beneficiaries restricted to the state/UT where they are permitted to stay. Any relaxation in this norm requires prior permission.

These visas are not granted to economic immigrants, and are subject to police reporting every year at the place where the Afghan national is allowed to stay.

Notably, Afghanistan falls under the Prior Reference Category (PRC) of countries for grant of visa, which means Afghan nationals have to be cleared by MHA for any visit. Others in this category include nationals of Pakistan, Iraq, Sudan, foreigners of Pakistani origin and stateless persons.

Vivek Oberoi on Inside Edge 3: ‘I feel Vikrant Dhawan’s twisted mind has a unique fan following’