Working actively with Moderna to see how its Covid vaccine can be made available in India: Centre 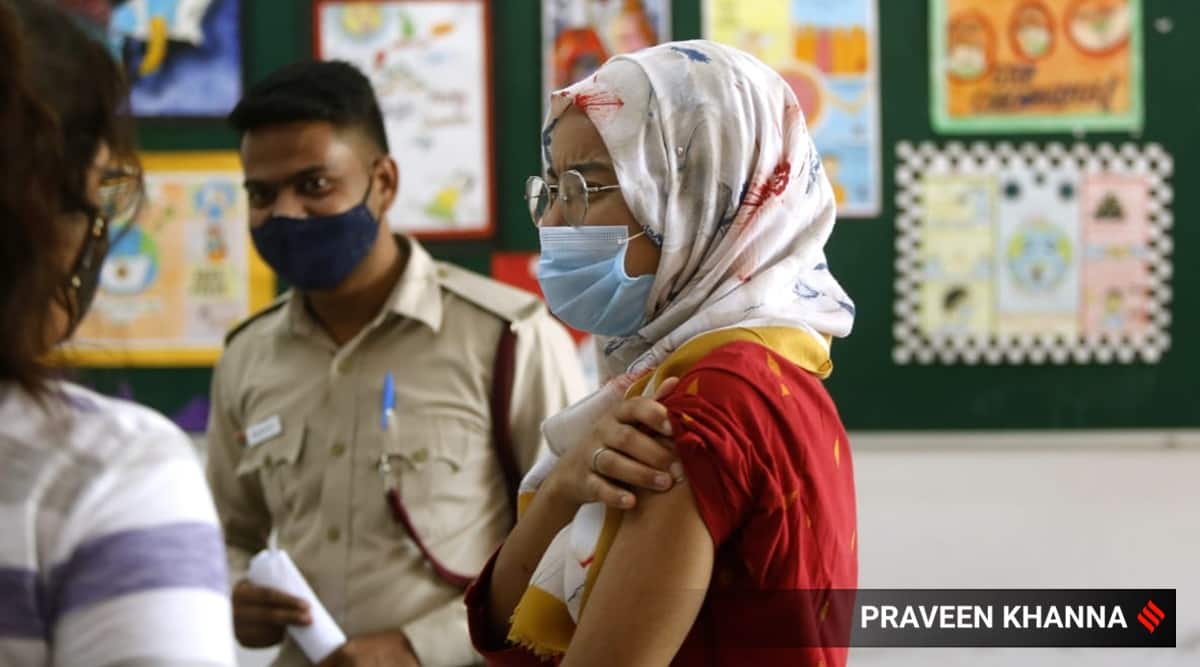 A woman gets a shot of a Covid-19 vaccine in New Delhi. (Express Photo: Praveen Khanna)

The Central government on Friday said that it is working actively with vaccine manufacturer Moderna to see how its Covid vaccine –– which was granted emergency use authorisation last month –– can be imported and made available in the country.

Responding to a query at a press conference on current Covid situation in India, NITI Aayog member (Health) Dr V K Paul said, “Moderna vaccine is under emergency use authorisation. The government is working actively with the manufacturers to see how to make this vaccine available in the country, importing it into the country, those efforts are on the process that has to be gone through is being actively pursued.”

Thursday’s count of cases was slightly lower than that of Wednesday, when 45,892 cases were reported. However, the deaths due to the virus on Thursday were higher than the previous day, when 817 fatalities were counted.

On Thursday, the newly inducted Cabinet chaired by Prime Minister Narendra Modi approved a package to the tune of Rs 23,123 crore designed especially to augment state governments’ existing response to the Covid-19 second wave, and to prepare in advance for a probable third wave.

Maharashtra (21 per cent) and Kerala (32 per cent) recorded over half of the Covid cases recorded in India last week, the Centre said Friday, Stressing that the pandemic is far from over, a senior official said in a press conference:”The country is still dealing with the second wave and we need to introspect if we can afford misplaced belief that COVID-19 is over.”

The government said visuals from tourist spots and the manner in which people are mingling without adhering to Covid protocols is “a serious cause of concern” and that such negligence will notch up the risk of spreading of the virus. Joint secretary in the health ministry Lav Agarwal pitched for strictly following Covid protocols such as wearing of mask and maintaining of physical distancing.

The ministry stated that 80 per cent of the new Covid cases in India are reported from 90 districts in 15 states and union territories, which points at the need for focussed attention in these areas. It also said that 66 districts across 17 states and UTs reported COVID-19 positivity rate of more than 10 per cent in the week ending July 8.

Two cases of Covid-19 Kappa variant have been detected in Uttar Pradesh, an official statement said on Friday. Genome sequencing of 109 samples was done at King George’s medical college in Lucknow in the last few days. The Delta Plus variant was found in 107 samples, while the Kappa variant was found in two samples, the statement issued after Chief Minister Yogi Adityanath’s routine review meeting said.

“Both the variants are not new for the state. The facility of genome sequencing is being increased in the state,” it added.

Covid cases went up due to unlock measures, numbers expected to go down: Kerala Health Minister

With Kerala witnessing a rise in Covid cases and Prime Minister Narendra Modi expressing concern over it, the state government Friday said the numbers surged due to certain relaxations in the restrictions and were expected to go down. Health Minister Veena George told news agency PTI that preventive mechanisms like imposing lockdowns, marking containment zones and notching up testing and contact tracing by the government ensured that large number of people susceptible to the virus were able to get proper medical facility.

“The government’s endeavour is to ensure that the number of infected persons never goes above the medical capacity of the state, so that no one dies due to non-availability of beds or oxygen,” PTI quoted George as saying. Vaccination was the only way to contain spread of the virus, she asserted.

Prime Minister Narendra Modi, during a high-level meeting on Friday, was informed that more than 1,500 PSA Oxygen plants are being set up across the country to mitigate the shortage of oxygen that was reported by many hospitals across several states during the second wave. These PSA Oxygen plants are capable of supporting more than 4 lakh oxygenated beds, officials told PM Modi.

The Prime Minister instructed officials to ensure that these plants are made functional at the earliest. He said that the central government officials should work closely with the state governments for the same and ensure that there is adequate training of hospital staff on the operation and maintenance of oxygen plants. Officials told the Prime Minister that they are in regular contact with officers from the state governments regarding the fast-tracking of the oxygen plants.