LAC talks on, but Army told to act as per need

The next round of talks at the Lt General level will happen only after disengagement at Patrolling Points 14, 15 and 17 in the Galwan and Hot Springs region India will continue to assert its military strength at the field level till it reaches an honourable understanding with China. (AP Photo/File)

As military and diplomatic talks look to lower tensions along the Line of Actual Control in eastern Ladakh, India will continue to assert its military strength at the field level till it reaches an honourable understanding with China, highly placed government sources have told The Indian Express.

China, sources said, has altered the status quo in the region and brought in additional troops. “We have to demonstrate our strength on the ground. Only then will they come to the talking table,” sources said, adding “there is no need to show aggression, only our strength”. The Indian Army, a top source said, has been given emergency powers to act according to the situation on the ground and assessment.

“Army has been given emergency powers for deployment there as per needs and new situations without looking towards Delhi,” the source said, suggesting that this allows the Army to demonstrate its strength on the ground.

The source also indicated that the next round of talks at the Lt General level will happen only after disengagement at Patrolling Points 14, 15 and 17 in the Galwan and Hot Springs region – on June 6, XIV Corps Commander Lt General Harinder Singh met South Xinjiang Military District Commander Major General Liu Lin at the Chushul-Moldo border point. 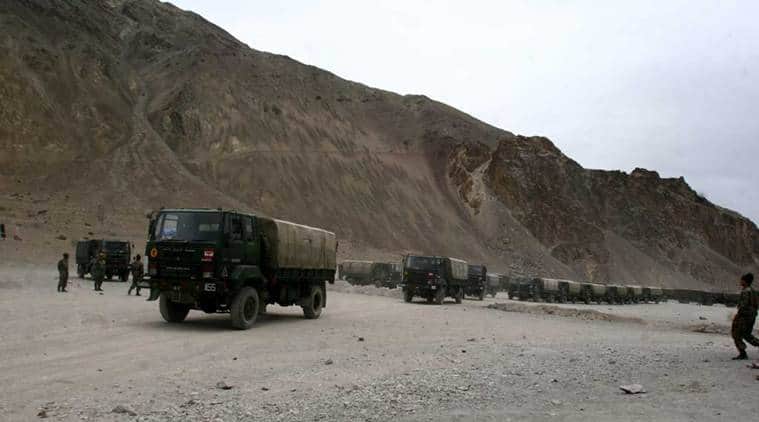 Officials cautioned that this should be seen as a “first step” towards a long, phased and gradual process of disengagement, and there should be no expectation of immediate or quick withdrawal of troops and weaponry.

Last Saturday, Army chief General MM Naravane said “disengagement” has begun in the Galwan area, and both sides “are disengaging in a phased manner”.

He told reporters in Dehradun that military talks between the two sides have been “very fruitful” and “the situation will keep improving as we go on”.

“We have started from the north, from the area of the Galwan river, where a lot of disengagement has happened.”
General Naravane said that after the June 6 meeting between the Corps Commanders, there have been “a number of meetings at the local level between commanders of equivalent ranks. As a result of this, a lot of disengagement has taken place, and we are hopeful, that through this continued dialogue that we are having, all perceived differences that we have will be set to rest.” 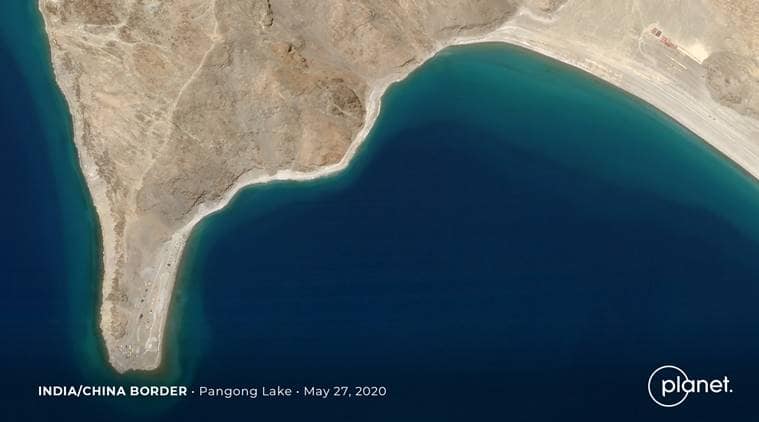 Satellite images from May 27 showing Chinese tents on the north bank of Pangong Tso. Planet Labs via Reuters

The Army chief did not comment on the situation in Pangong Tso where the faceoff continues on the north bank of the lake.

The Indian establishment is conscious of the change in the ground situation at Pangong Tso. Chinese troops have stopped Indian patrols at Finger 4, eight kilometres west of Finger 8 which India says marks the LAC.

READ | Jaishankar to hold talks with China, Russia on June 22

At the moment, the establishment believes that this situation has arisen due to differences in perception about the LAC in the region. The Chinese side too, the source said, did not indicate any other motive for this change in status quo during the June 6 military talks.

“If there is any other motive behind this transgression, it was not made obvious during the Lt General level talks. Nor will it be communicated during military level talks,” the source said.

Don’t miss from Explained | India-China stand-off: Everything we know about the unfolding situation in Ladakh

Given this backdrop, the source said, the situation does not warrant political calls for any show of aggression or acts of jingoism. “It’s a sensitive situation and it does not call for any adventurism. China plays at multiple levels. Whether this is about territory or some other ulterior objective, we are still not quite sure,” the source said.

Keeping this in mind, top BJP leaders too have been careful with their choice of words in public remarks. Satellite images from May 27 showing Chinese tents on the north bank of Pangong Tso. Planet Labs via Reuters

On Sunday, Defence Minister Rajnath Singh, addressing a virtual rally, said: “While China has expressed the desire to resolve the (LAC) issue through talks, our effort too is to find a solution to the trouble between China and India through talks at the military and diplomatic levels.”

“We will not keep anyone in the dark, neither Parliament nor anyone else. We will disclose everything at an appropriate time,’’ he said, referring to questions being asked by the Opposition Congress on the LAC situation.

“India is no longer a weak nation; its power has increased. But we do not want to use this strength to frighten anyone. It is only to secure our country,” he said.