Vijay Gokhale was in Beijing on the day China lifted its objections to grey-listing of Pakistan with the Financial Action Task Force (FATF) over terror financing, in a major achievement for Delhi. 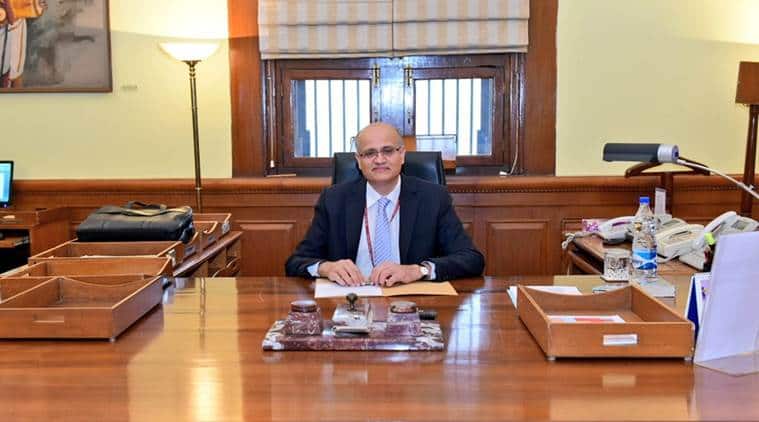 In the first stand-alone visit by the Indian Foreign Secretary to China after the Doklam crisis was resolved, Vijay Gokhale quietly paid a visit to Beijing on Friday, with the two sides agreeing on a roadmap for the coming year, including discussions on visits by respective foreign ministers and other officials.

Sources said that the brief for Gokhale, a fluent Mandarin speaker who had played a key role in the disengagement at Doklam, was to lay the ground for normalising India-China ties, which have been strained recently, ahead of Prime Minister Narendra Modi’s likely visit to Qingdao in China in June this year for the Shanghai Cooperation Organisation Summit.

Gokhale was in Beijing on the day China lifted its objections to grey-listing of Pakistan with the Financial Action Task Force (FATF) over terror financing, in a major achievement for Delhi.

Sources said the FATF was on the table in the talks the Foreign Secretary held in Beijing, apart from other contentious issues such as Maldives, Masood Azhar and the Nuclear Suppliers Group (NSG), and scheduling of working level meetings.

A top government source told The Sunday Express, “We need to have a better relationship with Beijing and a more productive visit by the PM can only happen if there are regular visits as a build-up to that visit.”

At the talks held by the Foreign Secretary, the two sides decided to build on “the convergences between them” and address differences on the basis of “mutual respect and sensitivity to each other’s concerns, interests and aspirations”. The Chinese side said it hoped India would handle sensitive issues “prudently”.

In a statement on Saturday, the Ministry of External Affairs said, “During the consultations, the two sides reviewed recent developments in bilateral relations, including high-level exchanges, and discussed the agenda for bilateral engagement in the coming months… Both sides agreed upon the need to expedite various dialogue mechanisms in order to promote multifaceted cooperation across diverse fields of India-China engagement.”

It added, “Both sides underlined that as two major countries, sound development of relations between India and China is a factor of stability in the world today. The two sides also exchanged views on regional and international issues of common interest.”

The Chinese Foreign Ministry also issued a statement on Gokhale’s visit, saying the two sides should enhance strategic mutual trust and accelerate common development in line with the political consensus of the leaders of the two countries. “We hope that the Indian side will handle sensitive issues prudently and work with China to promote the sound development of China-India relations,” Foreign Minister Wang Yi said.

China and India are both representatives of emerging markets and big developing countries, Wang said, adding that “commonality” cannot be replaced.

While then foreign secretary S Jaishankar had accompanied Modi to the BRICS Summit held in Xiamen in China in September last year, shortly after the Doklam crisis had been resolved, Gokhale’s visit was the first stand-alone visit to the neigbouring country since the episode. Jaishankar’s last bilateral visit to China was in February 2017.

This was also Gokhale’s first visit to China since taking charge as Foreign Secretary last month, though he had been India’s envoy to Beijing for the last couple of years. Gokhale was brought into the job with the expectation that he would be able to make a clean break from the past.

Both Wang and Yang had visited New Delhi to kickstart the bilateral dialogue after the 73-day standoff at Doklam.