The Imam Bara, which until a few years ago was closed most of the time except for 10 days during Muharram, has now opened its doors to school students from Hardas who need the extra coaching, help with homework and often, go just to listen to some good stories. 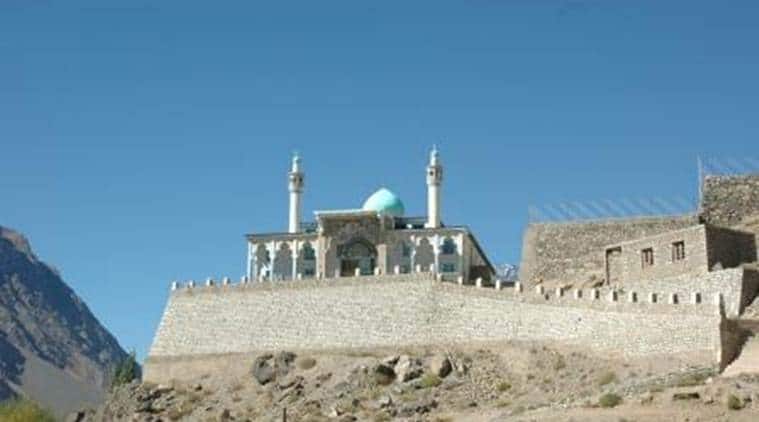 Though it is a place of worship, for Abbas and at least another 100 students, it’s where studies really begin. (Source: Kargil official website)

Every day after school, Zaheer Abbas, a Class IX student, heads to Imam Bara at his Hardas village in Jammu and Kashmir’s Kargil district. Though it is a place of worship, for Abbas and at least another 100 students, it’s where studies really begin.

This Imam Bara, which until a few years ago was closed most of the time except for 10 days during Muharram, has now opened its doors to school students from Hardas who need the extra coaching, help with homework and often, go just to listen to some good stories.

And to teach the students, Mohammed Hassan, who heads the village education committee, convinced young men from the village, particularly those studying outside Kargil, to return to Hardas in their college breaks and offer their services free of cost.

“Villagers were worried a few years ago when we received feedback from schools that children were unable to do their homework properly when they go back home. Also, fewer children attended school then. The villagers met and decided to start this initiative. We visited every household to convince them to send students to the Imam Bara for extra education,” says Hassan.

“When we started this initiative, the number of students were few. But today, that number has reached 100 now,” he says, adding that the Imam Bara “has found its calling. It opens round the clock to teach students.”

Abbas says his life has changed. “When I have any doubts, I go to any of them and they explain it to me properly. Here, we are taught things in a simpler way and every day, I come here with full interest,” he says, pointing towards his teacher, also named Mohammad Hassan, who is studying a post graduation course in Mathematics in Maharashtra.

Mohammad told The Sunday Express that other than the normal coaching, they also share experiences. “We give them more exposure by sharing our stories with them. Students here are always interested in listening to us and so, studies become more interesting for them,” he says.

At the Imam Bara, volunteers focus on reading and writing. “We also improve their communication skills. The change is now happening because we have young children who are yet to go to school coming to our centre. We have given them drawing books and develop an interest for education among them,” says Hassan, the education committee head.

Another college student Ghulam Ali, pursuing his a post-graduation in geology in Uttarakhand is also back in Hardas during his holidays and teaches at the Imam Bara every day.

“I give my time because I want to see these kids excel and do something well in the future,” says Ali, who voluntarily teaches from 10 am to 2 pm. He says he will go back to his college in the first week of September and by then, he hopes to complete a good portion of the syllabus.

Hardas village is famous for apricots and is among the major producers of this fruit in Kargil, but according to villagers, it had fallen behind on education.

“Few children attended school a few years ago as parents were not convinced about education, especially for girl students. But, we can say that things have improved now,” says Zakir Hussain, a member of the local education committee and a resident.

And when young men return to their colleges, residents of Hardas have also ensured that local teachers voluntarily to keep the Imam Bara coaching centre running.

But there’s still much more to do, say locals. According to Hardas residents, they are still focussed on convincing parents to send their daughters to school. “When we started this initiative, we visited each house and met parents to convince them. It worked and if we had 10 per cent of girls going to school then, we now have 80 per cent of the girls coming to our centre for tuition,” said Zakir Hussain.

The Imam Bara model is now slowly spreading across Kargil according to Nargis Bano, the Zonal Education Officer for Kargil. She said that in other Kargil villages, too, non-local volunteers have started visiting government schools to lend a hand. Inspired by the initiative, Altaf Hussain, the local area councillor, is planning free coaching classes for students during the three winter months, when the road connecting Kargil to Srinagar remains shut.

“It is really helping and these volunteers have become an inspiration for these children. The feedback is good so far and students are happy,” she says. Hardas, she says, has even seen an uptick in the enrolment of students in schools.