Jungles to Mexico: ‘We drank sweat squeezed from shirts’

After a flight to Ecuador, the men were transported by road or flight to Colombia, Brazil, Peru, Panama, Costa Rica, Nicaragua, Honduras, Guatemala, and finally Mexico. They spent weeks lodged in cheap hotels, passing one immigration check after another. 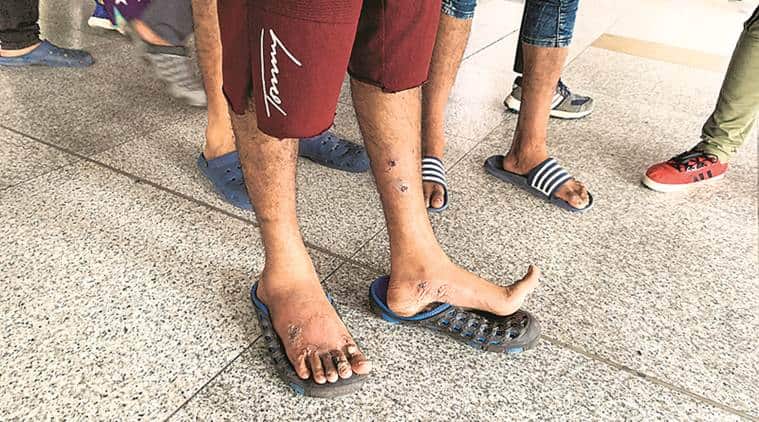 Were made to walk through Panama jungles. (Alexia Diamond)

Defying illegal trafficking cartels, illness, thirst and a torturous jungle trek through the Darien Gap in Panama, over 300 young migrants from Punjab and Haryana reached Mexico in a journey that lasted months — only to be deported and sent back to India by Mexican authorities Friday.

Approaching “visa agents” who demanded Rs 15-20 lakh each, the men, largely from agricultural families without jobs or prospects, left their families behind after “watching YouTube videos” and hearing about people who had successfully managed to reach the US, which was meant to be their final destination too.

“I saw videos on YouTube of the journey. It didn’t seem so terrifying; I had no idea we would have to walk in a jungle, without food or water,” Sevak Singh, 26, a farmer from Jalandhar who left India on July 29 told The Indian Express. The 311 men landed at Delhi’s IGI Airport Friday after Mexico deported them for illegally entering the country and trying to cross over to the US from there.

Finding “visa agents”, the men said, was the easy part. Deep Singh, 23, a farmer from Sangrur, said, “Many of our friends are now in the US; we just ask them about these agents. In Jalandhar, there are also many WhatsApp forwards meant to sell this idea to young men.”
The only thing each needs is his photo. “We just had to get to Delhi from Punjab and then we got tickets which had details of where to go. We don’t even need to ask anything, the agents just know,” said Deep. 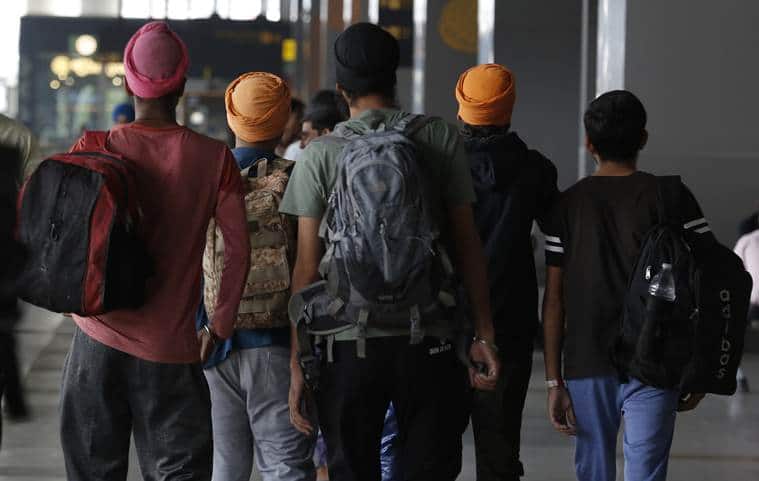 Indian nationals who did not have a condition of regular stay in Mexico were deported back to India. (Express Photo By Amit Mehra)

After a flight to Ecuador, the men were transported by road or flight to Colombia, Brazil, Peru, Panama, Costa Rica, Nicaragua, Honduras, Guatemala, and finally Mexico. They spent weeks lodged in cheap hotels, passing one immigration check after another. “At several points in the journey, five-six people carrying guns would accompany us,” said one man who did not wish to be identified.

But none could anticipate the terrifying journey that awaited them at Panama, where they were told to trek by themselves for five-seven days through a dense jungle. “The path is made, and markers using plastic bags are already in place. For three days, we did not even have water. We drank the sweat we would squeeze out of our shirts. There was no food. There were animals in the forest, and a lot of us fell ill,” said Sonu, 22, a graduate from Kurukshetra University.

Manjeet Singh, 28, from Amritsar claimed the “mafia” accompanying them would ask for $50 (roughly Rs 3,500) from each man every once in a while. He claimed some men had died on the journey but did not provide further details. 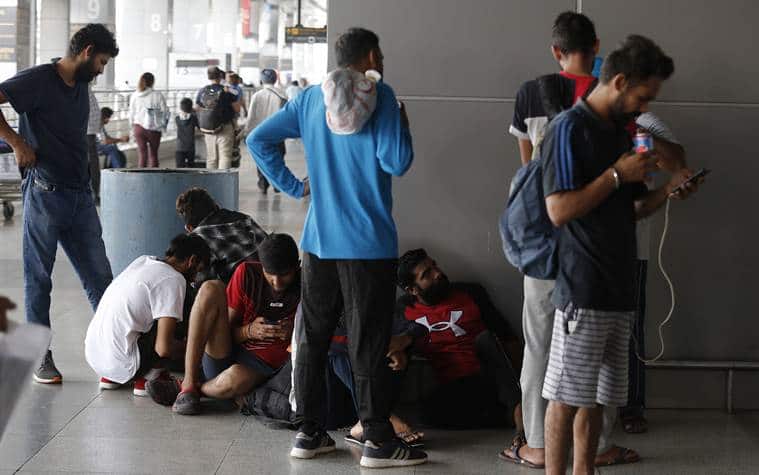 The agents had told the men to ask Mexican authorities for “passes” that would let them leave the camps temporarily, which is when they would enter the US. (Express Photo By Amit Mehra)

Once the men arrived in Mexico, they were arrested by authorities and put in “camps”, which were “like jails, where they took us out at specific times and gave us food twice a day”, said Sevak. Rinku Ram, 24, from a village in Haryana, recalled suffering from a severe allergy and falling ill at the camp. “They used to keep us shut inside; everyone got diseases,” he said.

The agents had told the men to ask Mexican authorities for “passes” that would let them leave the camps temporarily, which is when they would enter the US. “Once we cross over (to the US), we make up a story and a case is filed. But we can work still,” said Manjeet, recalling what he had been told by the agents. But the men soon realised no such passes would be provided to them. “They kept us there for 25-30 days and then deported us,” said Sevak.

Back in India, the men say their plan for a fresh start has left them worse off than before. “It took me four months to reach Mexico. For 45 days they kept us in the camp. I sold my land, now I don’t know what to do,” said Deep Singh. Manjeet Singh said: “I have been unemployed since 2014 after getting a diploma, and this was my last chance… but I will come back.”

(With inputs from Alexia Diamond)