Former Union Home Secretary Madhav Godbole said even the Liberhan Commission, which probed the Masjid demolition, had pointed out in its report that there was a conspiracy to demolish the Babri Masjid. 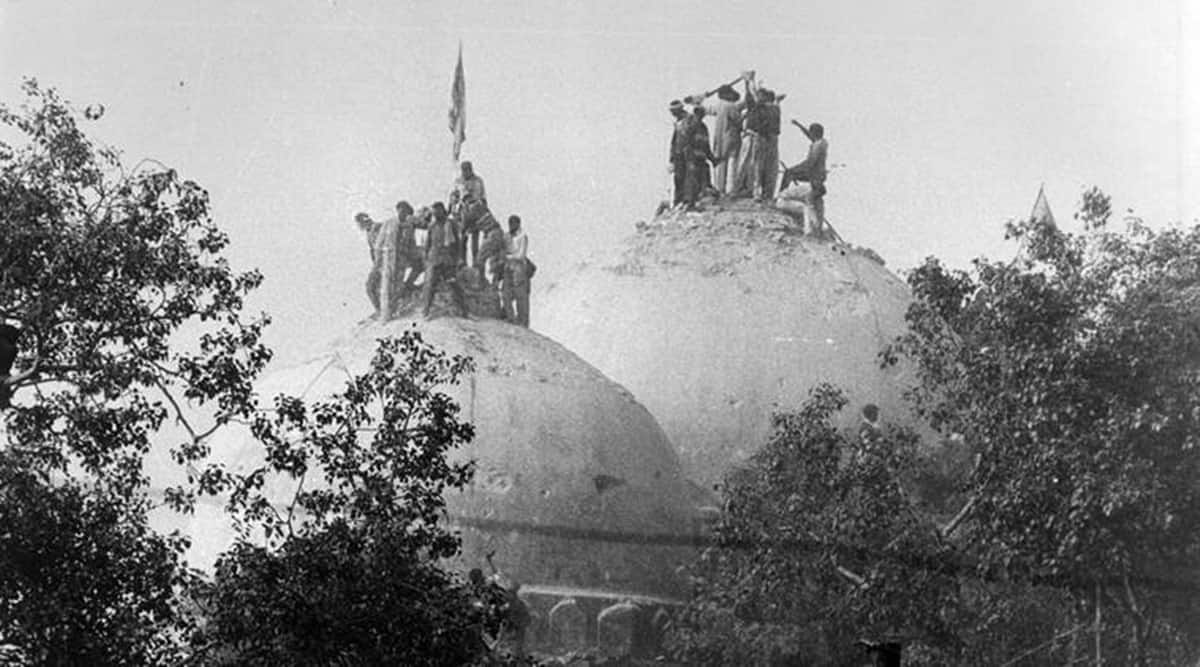 The apex court had also ordered allocation of five-acre land at another site in Ayodhya for building a mosque.

FORMER Union Home Secretary Madhav Godbole and former Supreme Court Justice P B Sawant on Thursday expressed surprise at the verdict by the special CBI court, which acquitted all 32 surviving accused in the Babri Masjid demolition case on Wednesday

Describing the court verdict as unexpected and surprising, Godbole told The Indian Express, “When I heard that all the 32 accused have been acquitted, I could not believe it. This is because we had placed all facts before the Supreme Court, which was hearing the case even before the Babri Masjid was demolished. The hearing was on a day-to-day basis and we were updating the court regarding what was happening on the ground.”

Godbole said, “The reports of the Intelligence Bureau were placed before the Supreme Court. The reports had said there was a conspiracy to demolish Babri Masjid. Yet, the court says there was no conspiracy…”.

He said the Supreme Court had also appointed an observer in the matter. “The SC had allowed ‘kar seva’ after an undertaking was given that no damage will be caused to the Babri Masjid…”.

Godbole said he had urged then Union Home Minister Shankarrao Chavan to recommended the dismissal of the Uttar Pradesh government to the Centre as a “conspiracy was being hatched to demolish the Babri Masjid”.

Godbole said since his recommendations were not accepted by the then P V Narasimha Rao-led government at the Centre, he had tendered his resignation three months later. “I took retirement 18 months before my service was scheduled to end. The reason was quite clear, my recommendation to dismiss the then Kalyan Singh-led UP government was not accepted…,” he said.

Demanding that the CBI court verdict warrants an appeal in the higher court as well as a probe into the role of CBI, Godbole said, “It is surprising that despite all the evidence being on record and several witnesses testifying, the verdict has gone in favour of the accused. I think there should be an appeal against the verdict in the higher court. At the same, the role of the CBI should be investigated as despite reports of government agencies, about the conspiracy, being available… it needs to seen whether they were placed before the court or not. If the agency has not placed them before the court, action should be taken against CBI officials responsible for this negligent act,” he said.

Godbole said he had detailed everything in his book, Unfinished Innings, published in 1996. “If you read the book, you will come to know the sequence of events that led to the demolition of the Babri Masjid. I have described everything in detail,” he said.

Godbole said even the Liberhan Commission, which probed the Masjid demolition, had pointed out in its report that there was a conspiracy to demolish the Babri Masjid.

“The Liberhan Commission, set up in1992, had submitted its report after a strenuous exercise… in 2009. It had described how the conspiracy was hatched and named the parties and leaders involved in it. The speeches and TV footage were also made available by the commission. But it seems the court has not taken cognisance of the report,” he said.

Meanwhile, Justice Sawant said, “Unless I read the judgment, I will not be in a position to comment on it. I need to find out what evidence was produced before the court. … whether the evidence was considered or not.”

He, however, said the judgment was “shocking” as the demolition was a “well-planned conspiracy involving several people”. “What happened to the Babri Masjid was a well-planned conspiracy. There was no doubt that it was a conspiracy by the BJP and RSS. It was not a job of one or two persons… a lot of people were involved in it,” said Justice Sawant.