IAF Pilot Abhinandan Varthaman HIGHLIGHTS: Indian Air Force (IAF) pilot Abhinandan Varthaman, who was in Islamabad’s custody for nearly 60 hours, was released at Wagah Border by Pakistani authorities on Friday, a move widely seen as a de-escalation of tensions between the two neighbouring nations. Abhinandan was handed over to Indian officials at the Wagah-Attari border, the Ministry of External Affairs confirmed. Dressed in a suit, the IAF Wing Commander was accompanied by a woman and Pakistani rangers till the border.

This development comes a day after Pakistan Prime Minister Imran Khan had announced during the joint session of Parliament that they will return the IAF pilot to India as a “peace gesture”.

Hours after the announcement, the Indian armed forces, at a joint press briefing in New Delhi, assured the country of “a resolute, swift and strong response when needed”. They also added that the IAF pilot’s return was “in consonance with the Geneva Convention.” It had earlier expressed objections to Pakistan’s “vulgar display” of the pilot after videos of him in the Army’s custody surfaced on social media. Sources said Delhi made it clear that there was no deal to be made and there was no room for negotiations but added that there would be consequences if the pilot was harmed or not released. 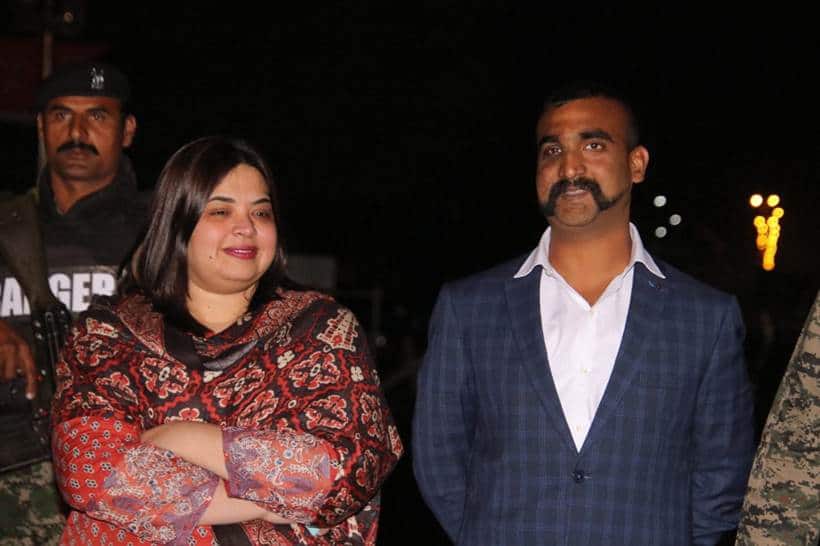 IAF pilot Abhinandan Varthaman was handed over to Indian officials today at Wagah border, his parents travelled to Amritsar to receive him. See photos here

Welcome home Wing Commander Abhinandan Varthaman! India is proud of your courage and sense of duty, and above all your dignity. Wishing you and our entire Air Force every success in the future #PresidentKovind

The nation is proud of your exemplary courage.

Our armed forces are an inspiration for 130 crore Indians.

Medical test of Abhinandan to be held as per procedure: IAF

Sources in the IAF said that the medical examination of Wing Commander Abhinandan will be conducted as per standard procedure.

Welcome home Wing Commander. It’s great to have you back.

🇮🇳 Wing Cdr. Abhinandan, your dignity, poise and bravery made us all proud. Welcome back and much love. 🇮🇳

Speaking to reporters on Abhinandan's release, Air Vice Marshal R G K Kapoor said, "Wing Commander Abhinandan Varthaman has been handed over to us. He will now be taken for a detailed medical checkup because he had to eject from an aircraft. The IAF is happy to have him back."

Air Vice Marshal RGK Kapoor at Attari-Wagah border: Wing Commander #AbhinandanVarthaman has been handed over to us. He will now be taken for a detailed medical checkup because he had to eject from an aircraft. IAF is happy to have him back. pic.twitter.com/ZaaafjUQ90

Glad to have you back: Amit Shah on Abhinandan's release

Dear Wing Commander Abhinandan, entire nation is proud of your courage and valour.

India is glad to have you back.

May you continue to serve the nation and IAF with unparalleled passion and dedication. Best wishes for your bright future.

Wing Commander Abhinandan has been handed over to the Indian authorities by Pakistan.

Abhinandan to be released at 9 pm: Reports

As per reports, Wing Commander Abhinandan will be handed over to India by Pakistan authorities at 9 pm.

Scenes from Wagah ahead of Abhinandan's release 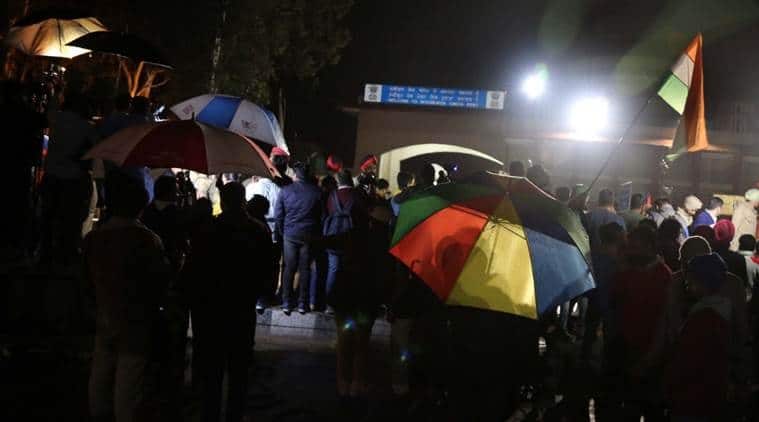 Pakistan will respond to any aggression in self-defence: Army chief

Taking to Twitter, Pakistan’s Army Chief Qamar Javed Bajwa said they would “surely respond to any aggression in self-defence”. "COAS had tel comm with Comd USCENTCOM, CDS UK, CDF Australia and Ambs of US, UK & China in Pak. Prevailing stand off between Pakistan & India & its impact on peace & stability in the region & beyond discussed. “Pak shall surely respond to any aggression in self defence”, COAS," he tweeted.

COAS had tel comm with Comd USCENTCOM, CDS UK, CDF Australia and Ambs of US, UK & China in Pak. Prevailing stand off between Pakistan & India & its impact on peace & stability in the region & beyond discussed. “Pak shall surely respond to any aggression in self defence”, COAS.

Beating Retreat ends on Pakistan side

Reports coming in from across the border are that the Beating Retreat ceremony on the Pakistani side has ended. India cancelled the event for the day given the usually high presence of spectators at the ceremonial event.

Air Vice Marhsal RGK Kapoor is likely to brief the media at the Attari border anytime now. A makeshift press table has been assembled from where he mwill read out a statement.

IAF pilot Abhinandan is at Wagah border, to crossover soon

Modi then went on to hit out at the opposition for 'politicising' the operations carried out by the armed forces.

Elections will be held on time, says CEC

India's General Elections 2019 will be held on time and the on-going tensions between India and Pakistan will not delay it, Chief Election Commissoner Sunil Arora said, PTI reported.

Crowds have gathered to the beating of drums as they await IAF pilot Wing Commander Abhinandan's arrival. Officials at the stop are tigh-lipped as to when he will arrive at the border gate which usually sees hundreds of guests witnessing the Beating Retreat ceremony.

Amid the rising tensions between India and Pakistan, the release of Indian Air Force Wing Commander Abhinandan Varthaman has set the ball rolling for de-escalation between the two countries. Varthaman has been in Pakistan Army’s custody since Wednesday after his MiG-21 Bison was hit by ground air defence weapons when he was in the process of thwarting the PAF’s intrusion in the Indian airspace. Retracting from its earlier statement that two Indian pilots were in its custody, Pakistan Army later said that only one IAF pilot was captured by its forces.

The Pakistani announcement on Varthaman's release came after it sought an assurance — the US-led global efforts to try and defuse the crisis — that India would not retaliate for targeting of its military installations by the Pakistan Air Force and downing of Varthaman’s MiG-21 Bison.

In a joint press briefing, the Indian armed forces also rubbished Pakistan's claims that it never used American F-16s in its attempted air strike on military installations in the Rajouri sector. Presenting parts of a fired AMRAAM missile which can only be fired from an F-16 aircraft, Air Vice Marshal R G K Kapoor said, "There is enough evidence to show that F-16s were used in this mission and Pakistan is trying to hide this fact."

The evidence is critical to establishing the use of the F-16s in the air strike since the US, which sold the fighter jets to Pakistan, does not allow these platforms to be used in an offensive role.

AMRAAM missiles allow a fighter pilot to target an enemy aircraft that is beyond visual range, in day or night, and in all weather conditions. The AMRAAM has an autonomous guidance capability, which allows the pilot to manoeuvre immediately after missile launch.