Hyderabad vet rape-murder case, Hyderabad Telangana Police Encounter: Police said the four were taken to Chatanapally— where they had burnt the woman's body — for crime reconstruction when they allegedly tried to escape by attacking the cops.

Hyderabad: Onlookers gather near the “encounter” site, where four accused in the rape-and-murder case of a 27-year-old woman veterinarian were shot dead by police. (PTI)

The Telangana High Court on Friday directed the state government to preserve the bodies of four accused in the rape and murder of a 27-year-old veterinarian till 8.00 pm on December 9. The High Court gave the order on a representation received in the office of the Chief Justice, requesting judicial intervention into the incident, alleging it was an extrajudicial killing.

Earlier today, the Telangana Police said its personnel resorted to “retaliatory” firing after two of the accused in the rape and murder of a woman veterinarian opened fire at police after snatching weapons from them this morning. Police also said that snatched weapons were in “unlocked” position.

Police said the four were taken to Chatanapally— where they had burnt the woman’s body — for crime reconstruction when they allegedly tried to escape by attacking the cops. “All this happened within 5 or 10 minutes after the four accused were brought to the spot,” Cyberabad Police Commissioner V C Sajjanar told. Earlier today, the National Human Rights Commission also ordered an inquiry into the incident.

Read | Shashi Tharoor: Asking for blood not function of Parliament

A case was registered against four accused, arrested for the alleged rape and murder of a woman veterinarian near here last month and killed in an encounter, for ‘attacking’ the police personnel. Case under IPC sections 307 (attempt to murder), 176 (omission to give notice or information to public servant by person legally bound to give it) and relevant sections of the Indian Arms Act were registered against the accused. Based on a complaint filed by the in-charge of police team that accompanied the four accused, the FIR was booked on Friday, a senior police official told PTI. Read more...

Preserve bodies of accused till December 9: Telangana HC to govt

The Telangana High Court on Friday directed the state government to preserve the bodies of four accused in the rape and murder of a young veterinarian till 8:00 PM on December 9, news agency PTI reported. The High Court gave the order on a representation received in the office of the Chief Justice, requesting judicial intervention into the incident, alleging it was an extrajudicial killing.

The High Court also directed that the video of the post-mortem in Compact Disc form or pen-drive be handed over to the Principal District Judge, Mahabubnagar, after completion of the post-mortem of all the accused, the news agency reported.

Kin of Hyderabad rape accused: ‘You could’ve fed them dog food, but did you have to kill them’

“Take me to the spot where my husband was killed and shoot me down too. We were married only for a year and now I do not want to live without him,” cried the pregnant wife of one of the accused who was killed in the Hyderabad ‘encounter’ in Chatanpally area early Friday morning. Unable to digest what has happened to her life, she said it was absolutely “not fair.” Click here to read more.

Several retired and serving police officers cautioned against doubting the police in the 'encounter' of four accused in the rape and murder of a 27-year-old veterinarian in Hyderabad, but demanded an independent probe into the incident. Former Tihar Jail DG Vimla Mehra demanded that an inquiry be conducted to ascertain the reasons that led to the encounter.

‘They pelted stones, snatched our pistols’: Telangana Police on encounter of rape accused

Divulging details of the ‘encounter’ of all four accused in the rape and murder of a 27-year-old woman Hyderabad veterinary doctor, Cyberabad Police Commissioner V C Sajjanar on Friday said his men resorted to ‘retaliatory’ firing after two of the accused opened fire at the police after snatching two pistols from them. Click here to read more.

Delhi Commission For Women (DCW) Chief Swati Maliwal Friday said the Hyderabad "encounter" will send out a strong message and people will feel justice was done. "What about thousands of Nirbhayas who are still waiting for justice. At the end of the day, there will be a strong message (after the encounter), and people will feel justice was done. But l want this country to run through a system," Maliwal was quoted as saying by news agency PTI.

‘Cold-blooded murders, police ought not have done it’: Ex-Kerala HC judge

Speaking to indianexpress.com over phone, Justice Pasha, who retired in May 2018, said, "I cannot call it an encounter. I feel these are cold-blooded murders. Even though it is the will of the people, the police ought not to have done it."  Click here to read more. 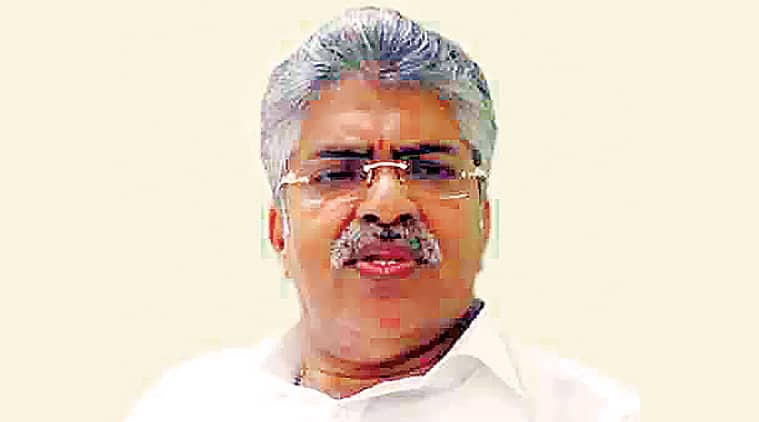 Backing police action in Hyderabad "encounter", Karnataka Chief Minister BS Yediyurappa said that the police acted in self-defence. "They (accused) tried to attack and escape when they were taken to spot (of crime), so the encounter was inevitable to save their (police) lives," he was quoted as saying by news agency PTI.

Thorough inquiry should be made: P Chidambaram on Hyderabad 'encounter'

Former Union home minister P Chidambaram said on Friday that a "thorough inquiry" should be made into the killing of the four people, accused in the Hyderabad rape-murder case.

"I don't know the facts about what happened, but I can say this much, whatever happened, an inquiry should be made into it," Chidambaram told reporters when asked for a reaction on the incident during a press conference in Ranchi.

Accused were not handcuffed: Police

Cyberabad Police Commissioner V C Sajjanar said that the four accused were not handcuffed at that time as they were asked to search for the belongings of the veterinary doctor which they claimed they had hidden there. He also said that all the weapons carried by cops were unlocked as the accused were considered dangerous.

"The accused tried to mislead the police and wandered around. Suddenly, one of the accused started pelting stones at the officers. The other accused also joined him and then the remaining two also picked up sticks and stones and threw them at the police escort. Two of our policemen were injured," Cyberabad Police Commissioner CV Sajjanar told during a media briefing.

"They also snatched two pistols in the melee and fired at the policemen. We gave them a chance to surrender but they fired and police retaliated. After the firing stopped we found that all four accused were dead," he added.

We suspect the accused were also involved in many other cases: Police

"We suspect that the accused were also involved in many other cases in Karnataka, investigation is on," Cyberabad Police Commissioner V C Sajjanar told media today.

Cyberabad CP, VC Sajjanar: We suspect that the accused were also involved in many other cases in Karnataka, investigation is on. https://t.co/CaVAXikdjo

On being asked about how the accused managed to fire as guns have a safety lock, Commissioner V C Sajjanar said that the snatched weapons were in "unlocked" position, news agency PTI reported.

Cyberabad CP, VC Sajjanar on today's encounter: I can only say that law has done its duty.

Cyberabad CP, VC Sajjanar on today's encounter: I can only say that law has done its duty. #Telangana pic.twitter.com/Sh1oYwGEso

Addressing the media on today's "encounter," Cyberabad Police Commissioner V C Sajjanar said, "After the accused confessed, they were brought to the location to recover material evidence. That is when they snatched police weapons and tried to fire."He said that after being attacked, the police retaliated. Two police personnel were also injured during the operation. However, he said that the injured cops received head injuries and not bullet injuries.

The dark side of Hyderabad: New tech enclave without streetlights, women in constant fear 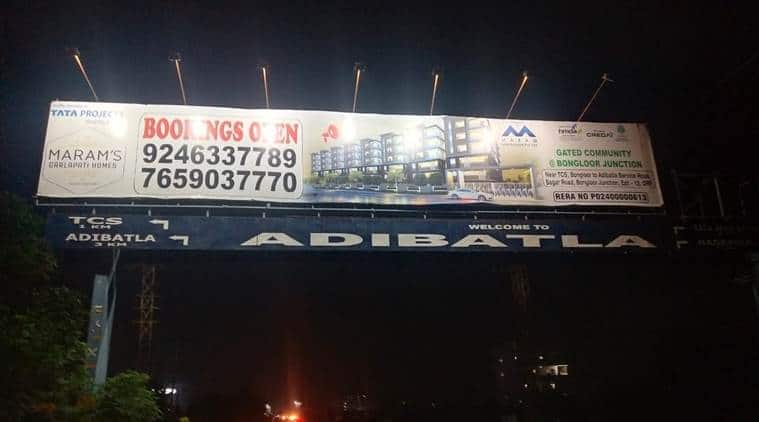 The National Human Rights Commission has taken suo moto cognizance of the killings in Hyderabad. The NHRC has ordered a probe in the incident and will send a fact-finding team to the site.

TRS Parliamentary Party leader and Rajya Sabha member K Keshava Rao expressed surprise over the alleged encounter in Hyderabad. "Whatever government has to do (with regard to the encounter) it will do. (Those) four persons were killed and the people are happy. The question is if the punishment comes through the court it would have been better," Keshava Rao told reporters in New Delhi.

"We have appointed fast-track court for the trial of the case. We thought that the judgement (from the special court) would have come in a month's time," he added. He said, "We never thought that they would try to escape and this (encounter) would happen". Asked whether they were intentionally encountered, he said: "that is your view". Whether the government would order an inquiry into the encounter, he said: "they must be doing it." (PTI)

Former Delhi Police commissioner Neeraj Kumar, who handled the Nirbhaya gangrape-and-murder case, on Friday said the thought of killing the accused never crossed his mind. "There was a lot of pressure at that time, but the thought of killing them never came. We were getting messages, asking us to throw the accused in front of hungry lions. But we followed the law," he told PTI over phone.

The rape and murder of the 27-year-old veterinarian had triggered outrage across the country. When it was raised in Parliament, members had suggested measures like lynching and death penalty for the accused.

The four accused, arrested on November 29, were in judicial custody and lodged in high-security cells at Cherlapally Central Prison. They were charged under IPC sections 302 (murder), 375 (rape) and 362 (abduction). On Wednesday, the Telangana government set up a fast track court to try the four accused in the case. The court of First Additional District and Sessions Judge in Mahabubnagar district had been allotted the case.

Expressing gratitude to the Telangana Police, the victim's father told news agency ANI, "It has been 10 days to the day my daughter died. I express my gratitude towards the police & govt for this. My daughter's soul must be at peace now."

The veterinarian went missing from Shamshabad toll plaza, near Hyderabad, on November 27. The four accused raped and then burnt her to death, the police have said. Her burnt body was recovered the following day.

As per the initial probe, the four had "hatched a plan" to ambush the victim after she returned from work to pick up her scooter from Tondupally toll plaza. After the accused deflated the tyre, two others offered to help her. When she agreed, they dragged her into the bushes barely 50 metres from Tondupally toll plaza, behind a line of trucks that obscured visibility from the road, police said. The accused, after killing her, took her body to an under-construction bridge in Chattapally, a few kilometres away, where they set it on fire, the police said.

The police were criticised for making the family members of the victim run around over jurisdiction. The family had also alleged that had the cops took note of their complaint and taken action immediately, she might have been saved. The sub-inspector, as well as two head constables of Shamshabad police station, were suspended for dereliction of duty.