Hyderabad 'encounter': Saying that there was “pressure for immediate action” and it’s doubtful if justice would have been served through courts since “Indian judicial process will go on forever”, he said the “credit goes to the Chief Minister”. 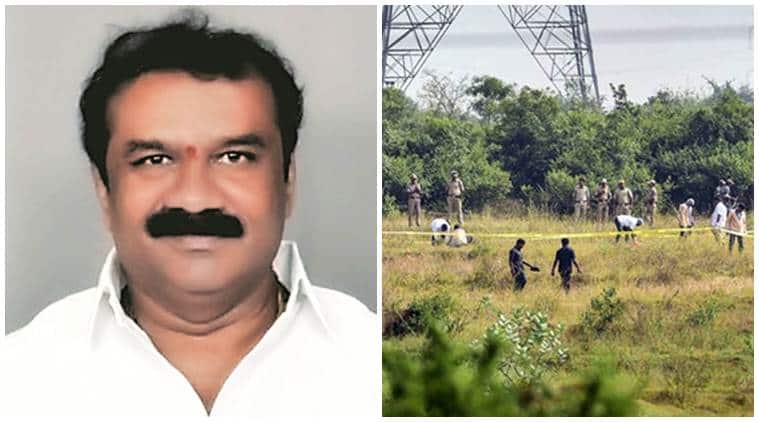 In the first such official admission of the alleged role of the Telangana government in Friday’s encounter, in which four men accused of raping and killing a 26-year-old veterinary doctor in Hyderabad were killed, a senior minister in the K Chandrashekar Rao-led state government has said the encounter is a “message for the entire country”.

Saying that there was “pressure for immediate action” and it’s doubtful if justice would have been served through courts since “Indian judicial process will go on forever”, he said the “credit goes to the Chief Minister”.

READ | How can I be happy? A lot has to change: Sister of Hyderabad victim

Talasani Srinivas Yadav, who holds the Veterinary & Animal Husbandry portfolio that makes him the minister in charge of the veterinary facility where the 26-year-old worked, also told The Sunday Express that the “reconstruction of the crime scene” that led to the encounter killing in the wee hours of Friday in Hyderabad “wouldn’t have happened without permission from above”.

When asked if the encounter could have happened without the knowledge of the top leadership, he said, “Correct. You know, the reconstruction of crime happened with instruction from above. 100%. Telangana state is very strong in taking immediate action,” said Yadav.

When asked again if it could be said that the encounter had the CM’s permission, he said, “Not permission. But when police have to take action, what can we do? Not permission, but pressure for immediate action,” said Yadav, who holds the portfolios of Animal Husbandry, Fisheries, Dairy Development Corporation and Cinematography.

Asserting that he is “happy” about the encounter killing of the rape accused, Yadav said, “All over India, people are happy. I feel proud to be part of this Cabinet.”

He said this “is a message for all over India. A message for (the protection of) our girls when there are so many rape cases”.

Yadav further pointed out that it has been seven years since the December 16 Delhi gang rape happened. “But nothing has happened. It was an important case for the whole world, for India. So it is a message that there is no law at all. People go to jails, come out and get the opportunity to do crimes again. This is the condition in India. So, in this case, this (the encounter) is a strong message all over India,” Yadav said.

After the November 27 rape and murder of the Hyderabad veterinarian, there was intense pressure on the government, with questions being raised about the absence of CM Rao when a serious crime had happened in the state – the CM was in Delhi attending a wedding.

Saying that he is very happy with the encounter killings, he said, “The credit goes to the Chief Minister”

Yadav pointed at how BSP chief Mayawati and the mother of the Delhi gang rape victim had praised the Telangana government after the encounter. “Yesterday, all over India, this was the only national news,” he said.

When asked about concerns raised by human rights groups, including the National Human Rights Commission, he said, “Such people can say (anything). What about the (victim’s) family? What do they tell them?”

Yadav also expressed doubts about whether justice would have been served if the four accused had gone through a judicial process. “That will be unending, no? Indian law, Indian judicial process… will go on forever,” he said. “All over India, people know that Indian judiciary is much delayed and people suffer a lot. Even Nirbhaya’s mother spoke on this. Such is Indian law. Lots to change. And people have to think about it.”