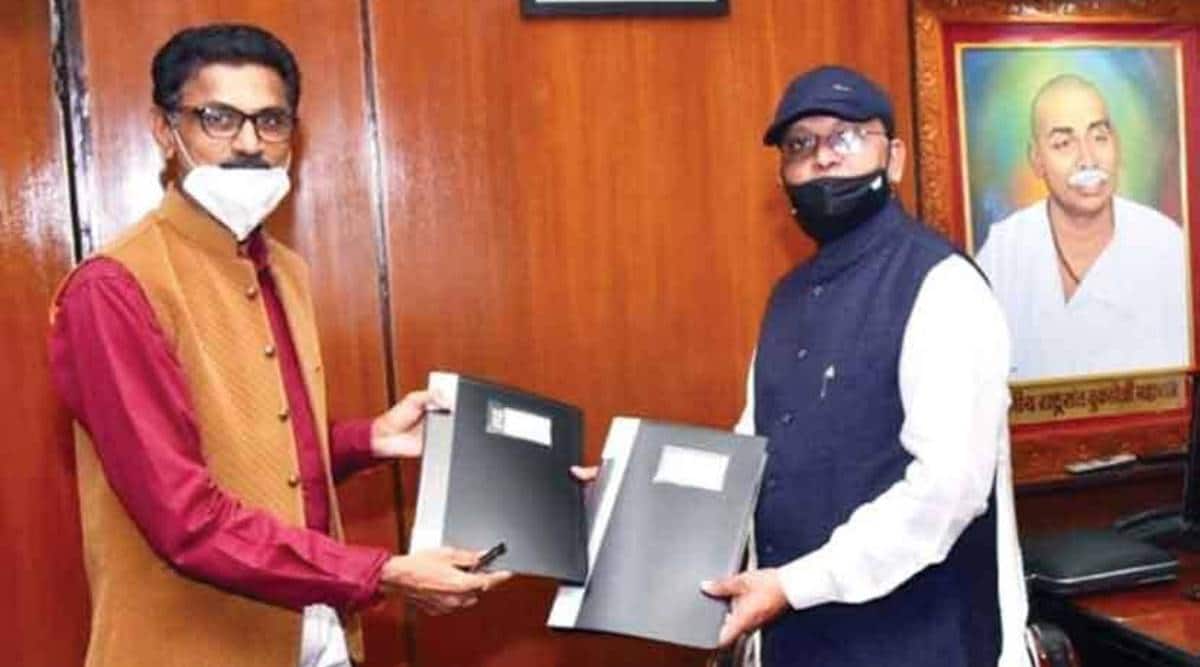 Last week, Maharashtra Energy Minister Nitin Raut called for the state government to have a say in the selection of vice chancellors of state-run universities. Raut alleged that most of the V-Cs appointed over the last few years were associated with the RSS and in the process, many deserving candidates were marginalised. Raut also called for amending the Maharashtra Public Universities Act to facilitate the state government’s role in the process of V-C appointments.

Raut’s statement comes in the wake of the appointment of Subhash Chaudhari as V-C of Rashtrasant Tukdoji Maharaj Nagpur University (RTMNU) on August 7. Chaudhari is open about his association with the Bharatiya Shikshan Manch, a pro-RSS university organisation.

Immediately after his appointment, Chaudhari was embroiled in a controversy when he went to meet Union minister Nitin Gadkari at his residence, along with the Nagpur unit chief of Bharatiya Shikshan Manch, Kalpana Pande, who is also a former mayor of Nagpur. This move led many to believe that Chaudhari’s appointment was a political one.

When Chaudhari was chosen by Chancellor of State Universities and Maharashtra Governor Bhagat Singh Koshyari as the new RTMNU V-C, several conventions and unwritten rules were side-stepped in an unprecedented manner. As the other four finalists for the position held better academic credentials than Chaudhari , his selection raised quite a few eyebrows.

Choudhari was chosen over his co-competitor from Nagpur, Vinayak Deshpande, who figured in the list of the five probables recommended by the screening committee, and was considered the most suitable candidates because of his academic credentials and also because of his long association with the university. Deshpande had already handled various responsibilities as Dean of the faculty of commerce and management, Registrar of the University, two stints Pro Vice-Chancellor and also as the full time in-charge Vice-Chancellor.

Chaudhari’s appointment also seemed to breach certain well-settled conventions and practices in the university system. According to sources who are well-versed with the history of appointments of ProV-Cs and V-Cs of the university, only a person who holds a substantive post either in the university or some other educational institute, such as an affiliated college, has been appointed either in officiating or regular capacity.

Chaudhari, who was acting RTMNU Pro-V-C for about two months prior to becoming V-C, neither held any substantive post in the university nor in any other affiliated college at the time of his selection as V-C. He was the principal of J D Engineering and Management College, one of the many private engineering colleges in Nagpur district, at the time of applying for the post in February, but was relieved of the post on May 26, at least two months before being appointed as V-C.

What makes Chaudhari’s appointment as officiating Pro V-C all the more curious is that he was appointed by an officiating V-C, Murlidhar Chandekar, who was also the V-C of Amravati University. Chandekar was named by Koshyari as officiating V-C on April 7 after the retirement of previous V-C, S P Kane.

“What prompted the Chancellor to give charge to Chandekar is a mystery. Actually, Vinayak Deshpande, who was then the officiating Pro-VC, could have been made acting V-C… he had also worked as acting V-C in 2015 till the appointment of Kane. How could Chandekar be expected to discharge both the duties simultaneously from places that are 150 km apart, during a period that saw several restrictions being imposed due to the pandemic? Was it to pave the way for Chaudhari to be later appointed as V-C,” asked a well-known expert on the Universities Act, on condition of anonymity.

“How can one Vice-Chancellor, who is holding additional charge himself, appoint another officiating Pro-V-C? Does the Universities Act permit an in-charge V-C to make the appointment of an officiating Pro-V-C, creating a burden on the state exchequer? In this arrangement, nowhere was the Chancellor involved. Was it all within the purview of University law…,” asked the expert.

Neeraj Khaty, officiating Registrar of RTMNU, however, said, “An officiating Pro-VC or V-C is a full-time job. It’s not an additional charge, which is a part-time assignment.”

Both a former V-C and the expert, however, disagree. “To officiate and to hold an additional charge carry the same meaning. When somebody officiates, he is said to hold additional charge of the post and must be working somewhere in regular capacity for which he draws the salary, not for the officiating post,” they pointed out.

The expert raised more questions: “Considering the nature of the post of Pro-V-C, who comes in possession of confidential information pertaining to university examination and also the financial transactions involved, wisdom requires that only a person holding some senior and substantive post on permanent basis in some institution ought to be appointed. It will be a mockery of norms if a person who does not hold such a post is allowed to occupy coveted posts in the university.”

The Indian Express sent a detailed questionnaire to the Governor’s office, seeking responses to several questions raised over Chaudhari’s appointment as V-C, but didn’t receive a response for nearly two weeks. Several phone calls made in this regard didn’t elicit any response either.

Explained: Why the French President’s visit to Lebanon matters